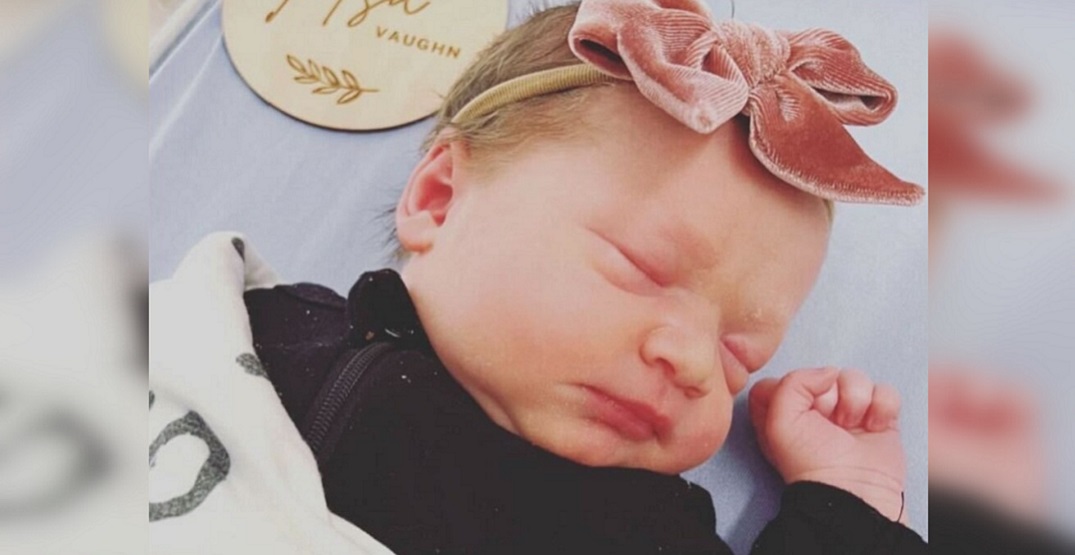 There’s no time to rest if you’re Bo and Holly Horvat, who welcomed their second child into the world this weekend.

The Canucks captain and his wife announced the birth on Saturday. “Someone decided to join the family early this morning,” a story from Holly’s Instagram account read off, which Bo shared to his personal page.

Congratulations Bo & Holly! I bet Gunnar is going to be the best big brother ever🥺 pic.twitter.com/zCOmLm6gJJ

Holly uploaded a photo of their new daughter,  who appeared to be born just hours after the Canucks season ended on Friday evening, though the new dad wasn’t in the lineup for it. Horvat has been sidelined since April 14 with a lower body injury.

Horvat confirmed the name as “Tulsa Vaughn” at the Canucks’ end of season availability. T.V. Horvat has quite a ring to it, don’t you think?

“Both mom and baby are doing great,” Bo told reporters.

The Horvat family welcomed their first child, son Gunnar, into the world in June 2020. The pair were married in 2019 back in Ontario. The Horvat family is now up to five members, if you include bulldog Gus.

It’s only a matter of time before we get those Horvat Holiday card photos around the corner. Congrats to the happy couple, and here’s to a full offseason recovery of playing with the kids for Bo.