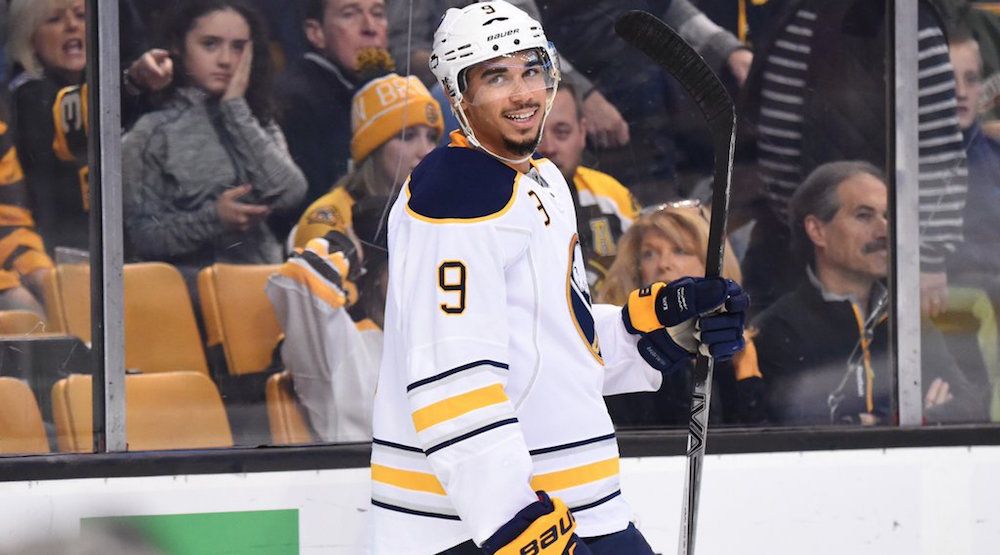 Stand down Canucks Nation, an Evander Kane trade is not imminent.

Bob McKenzie calmed the masses on Friday afternoon, reporting that Kane is no longer being pursued by the Vancouver Canucks.

The rumour mill has been running rampant ever since McKenzie broke the news on Tuesday’s edition of Insider Trading.

“In the summer [the Canucks] went to the Buffalo Sabres to find out whether Vancouver native Evander Kane might be available for trade,” McKenzie said on Tuesday. “For a variety of reasons that didn’t materialize at all. But it is believed that Vancouver, among its many other options that it’s considering, is going back to Buffalo and checking on the availability of Evander Kane.”

When McKenzie uttered the name “Ben Hutton” as an option in a radio interview, Canucks fans began skewering Benning on Twitter as if they had just traded 10 first round picks.

When Jim Benning suggested on TSN 1040 Friday morning that they could be in a position to trade some of their defensive depth for a forward, the skewering intensified.

While Kane is still a relatively young man at age 25, the risks associated with acquiring him are lengthy. His off-ice troubles are well documented, as well as the problems that his former Winnipeg Jets teammates seemed to have with him. On top of that, he’s been prone to injury.

Couple the fact that Kane carries a $5.25 million cap hit and could walk as an unrestricted free agent at the end of next season, and he’s a risky proposition.

A player with the talent and potential of Kane will always have value. If the Sabres were willing to deal him one-for-one for Luca Sbisa, then perhaps you make the deal.

But even a Kane-for-Sbisa deal wouldn’t come without consequence, particularly with an expansion draft coming up in June. The Canucks will likely be able to protect one of Markus Granlund or Sven Baertschi, but not both. And although they can only lose one player to the Las Vegas expansion team, if they add Kane, they would likely need to expose both Granlund and Baertschi.

The best place for Kane to land is with a good team with strong veteran leadership, outside of a merciless media market. For now, that’s not Vancouver.