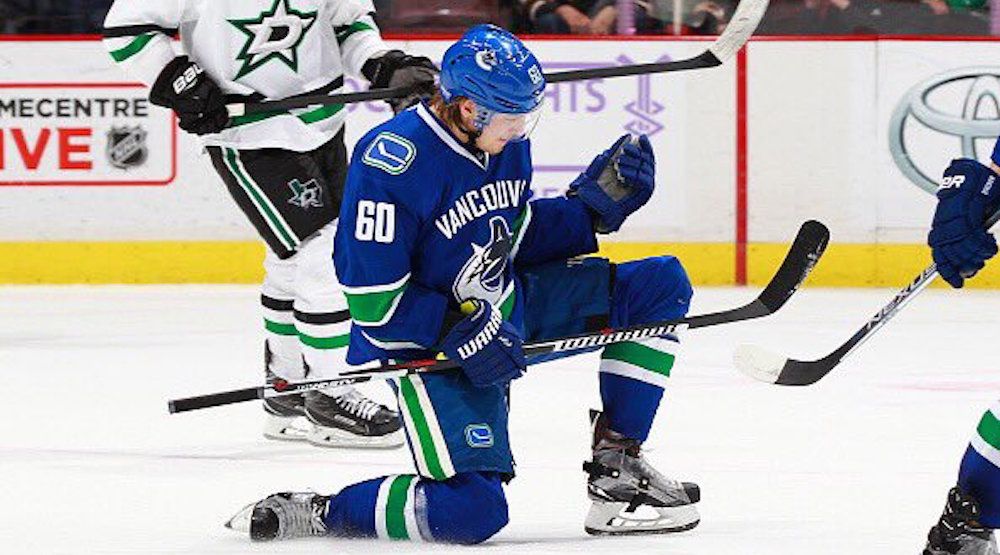 Hockey players are tough. This is well documented.

We’ll get more evidence of it next month when the Stanley Cup playoffs start up.

But there are so many cases of hockey players playing through pain that fly under the radar. Look no further than the information we received today from Finnish NHL correspondent Tommi Seppälä, who is based in Vancouver.

Granlund says he broke ligaments in his wrist 25th of Oct vs OTT. Somewhat similar what Gudbranson had. Takes 3-5 months. #Canucks

While you can’t really break a ligament (we’ll assume something was lost in translation between the Finnish player and reporter), it’s clear that Canucks winger Markus Granlund must have played with significant pain in his wrist for a prolonged period of time this season.

Seppälä reports that Granlund injured his wrist on October 25, which is nearly five months before he pulled the plug on his season on Monday. Granlund will undergo wrist surgery on Friday in New York.

Two things come out of this revelation.

First, why was Granlund allowed to continue to play through a wrist that needed surgical repair – one which could take three to five months to recover from – after it was clear that the Canucks were out of playoff contention? Not having a full summer to train would hamper any player.

Second, how much more impressive is Granlund’s 2016-17 season now?

The Finnish winger acquired for Hunter Shinkaruk last year exceeded the expectations of most this season, scoring 19 goals in 69 games. Remarkably, Granlund’s wrist shot was perhaps his most impressive trait.

“My journey has just started,” Granlund told Seppälä. “You have to work hard day in and day out for years. At some point in the future we can see results.”

It’ll be exciting to see what Granlund can do at full-health. He came to the Canucks as a two-way centre, but he showed he could score goals in 2016-17.

He showed toughness, too.