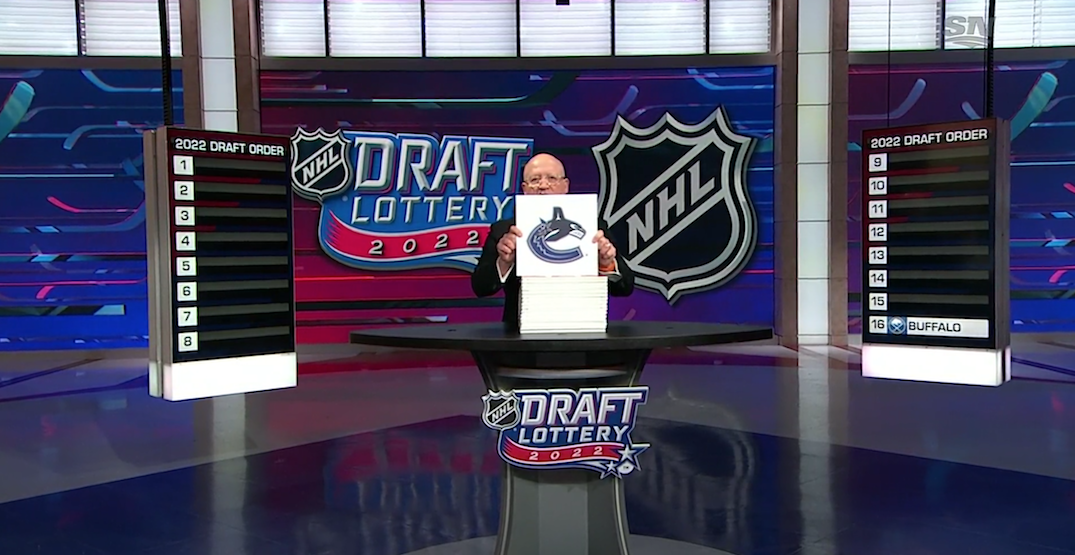 Luck wasn’t on the side of the Vancouver Canucks yet again.

The Canucks didn’t win the NHL Draft Lottery today — they never do. Unlike some previous heartaches though, at least they didn’t drop in the order this time. They’ll pick 15th overall at the draft, which is what was expected.

Vancouver entered the draft lottery with the 15th-best odds of winning — just a 0.5% chance. Only one team had longer odds.

The Montreal Canadiens entered the day with the best odds (18.5%) of winning the lottery, and that’s exactly what they did. The Habs will pick first at the draft for the first time since 1980.

For the first time in 42 years, the @CanadiensMTL have landed the 1st overall pick.#NHLDraft | #GoHabsGo pic.twitter.com/orF35v7Sdl

The draft is being held in Montreal this year, on July 7 and 8. It’s the first time the draft host team has the first pick since the Maple Leafs picked Wendel Clark first overall when Toronto hosted in 1985.

The New Jersey Devils, who had the fifth-best chance to win today’s lottery, were the only team to move up in the order. They’ll pick second.

New this year, teams can move up by a maximum of just 10 spots, meaning the best the Canucks could have hoped for would be picking fifth.

Here’s a look at the order of selection for the first 16 picks of the 2022 NHL Draft in Montreal: