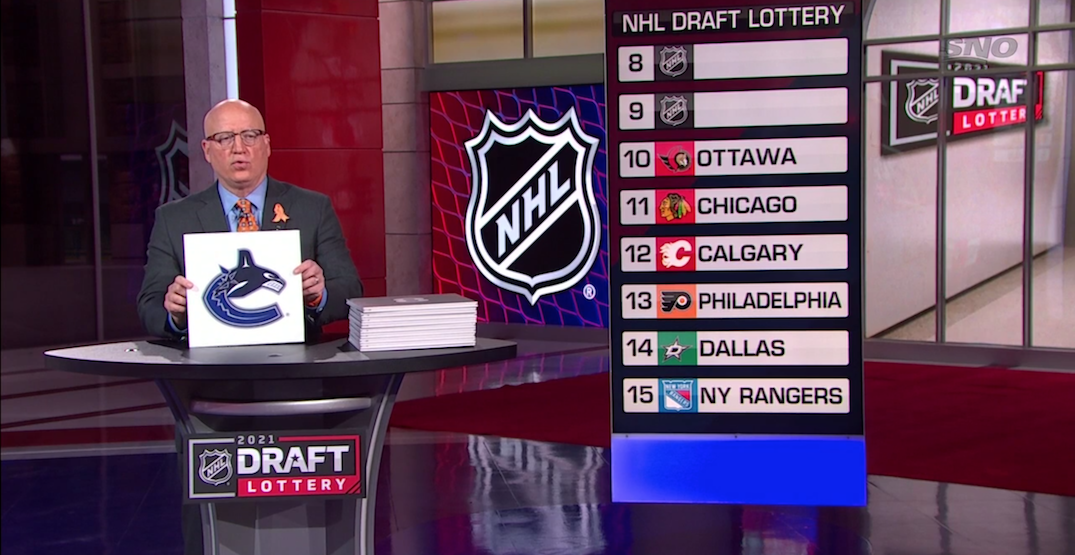 Few teams know the pain the NHL’s draft lottery system can cause more than the Vancouver Canucks.

The NHL loosened its draft lottery rules in 2016, giving all non-playoff teams a shot at winning each of the first three picks. It coincided with the worst years of the Jim Benning era, and that did not favour Vancouver.

Not only have the Canucks never been lucky in the draft lottery before, but in four consecutive seasons after the NHL loosened the rules, the Canucks dropped in selection.

Vancouver had the third-worst record in the NHL in 2015-16 but picked two spots lower, at fifth. They were the second-worst team in 2016-17 but dropped three spots to choose fifth again. The Canucks dropped by one spot in 2018 and again in 2019.

Add it all up and the Canucks dropped by a combined seven spots.

Since 2016, only one other team can claim to be more hard done by than the Canucks: the Detroit Red Wings.

Detroit has also never won the lottery and has dropped in selection four times — every year from 2017 to 2020. The Red Wings have dropped by a combined eight spots, one more than Vancouver.

While the Canucks did get Elias Pettersson and Quinn Hughes during those four drafts, they missed out on opportunities to draft other star players.

Had the Canucks won the 2016 lottery, they would have picked Auston Matthews first overall. Had they merely not dropped in selection each year, they would have had an opportunity to select Pierre-Luc Dubois instead of Olli Juolevi in 2016, Cale Makar instead of Pettersson in 2017, and Trevor Zegras instead of Vasily Podkolzin in 2019.

The Canucks had the ninth-best odds in last year’s lottery but didn’t drop in selection.

This year, due to new rules implemented by the NHL, even if the Canucks “win” the lottery, they’ll pick fifth — not first.

It’s Canuck luck that now when they have essentially nothing to lose, they can only move up a maximum of 10 spots in the lottery.

While the odds of moving up prior to 2016 were low, the Canucks didn’t have any luck in seven previous lotteries they participated in either, since the NHL introduced the weighted lottery system in 1995.

The Canucks were the third-worst team in the NHL in 1998 and would have had a shot to pick Vincent Lecavalier had they won the lottery. They settled for Bryan Allen at fourth overall instead.

The only time the Canucks actually got a favourable result from a lottery was in 2005 when every team had a shot at first overall following the lockout. The Canucks didn’t get Sidney Crosby first overall, but they picked 10th (Luc Bourdon).

When the Canucks entered the league in 1970, they participated in a game of chance to decide the first overall pick. The spinning wheel landed on the Buffalo Sabres’ number though, giving their expansion cousins future Hall of Famer Gilbert Perreault. The Canucks settled for Dale Tallon.

What are the odds this year? 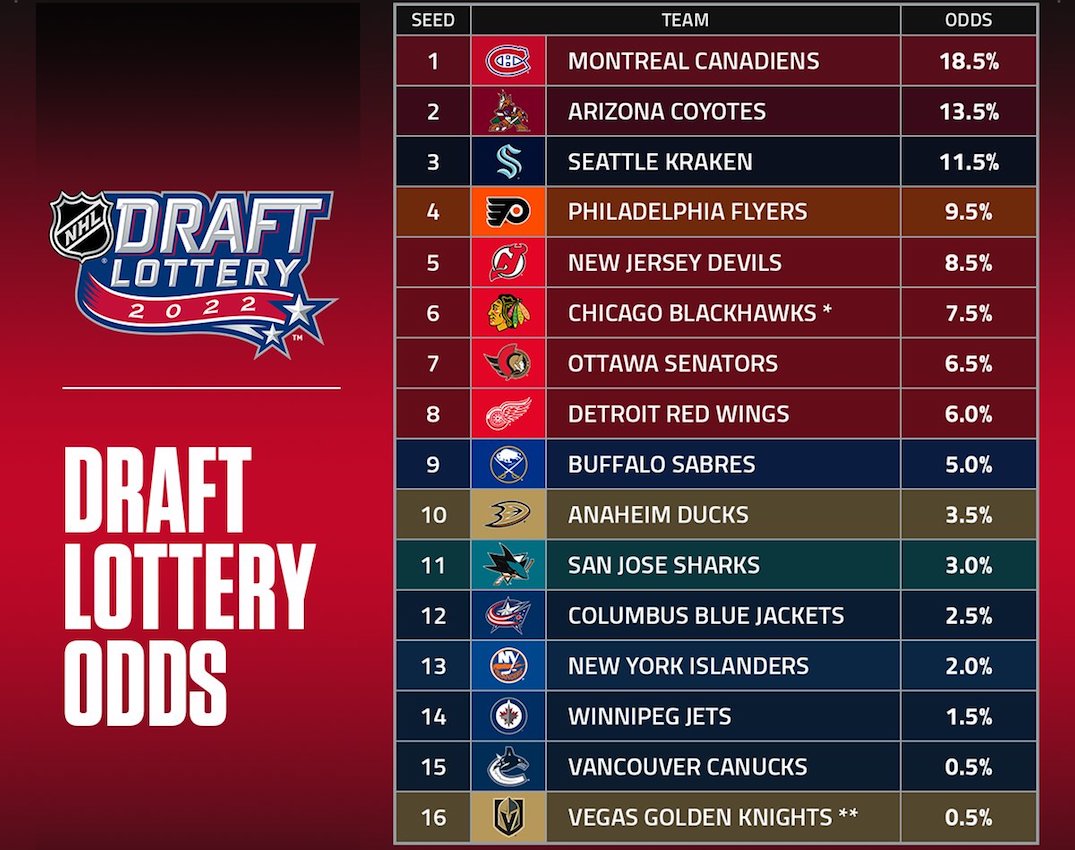 The Montreal Canadiens have the best odds of picking first overall, with an 18.5% chance. They can pick no lower than third because only the top two selections are decided by the lottery — a change that was implemented last year.

The Canucks have just a 0.5% chance to “win,” in which case they’ll pick fifth. They could drop as low as 16th, in the unlikely event that the Buffalo Sabres move up with the Vegas Golden Knights’ pick that they own.

One more new wrinkle in the lottery is that teams can only move up in selection a maximum of twice in any five-year window going forward. And yes, moving up from 15th to fifth would count as a “win” by the Canucks.