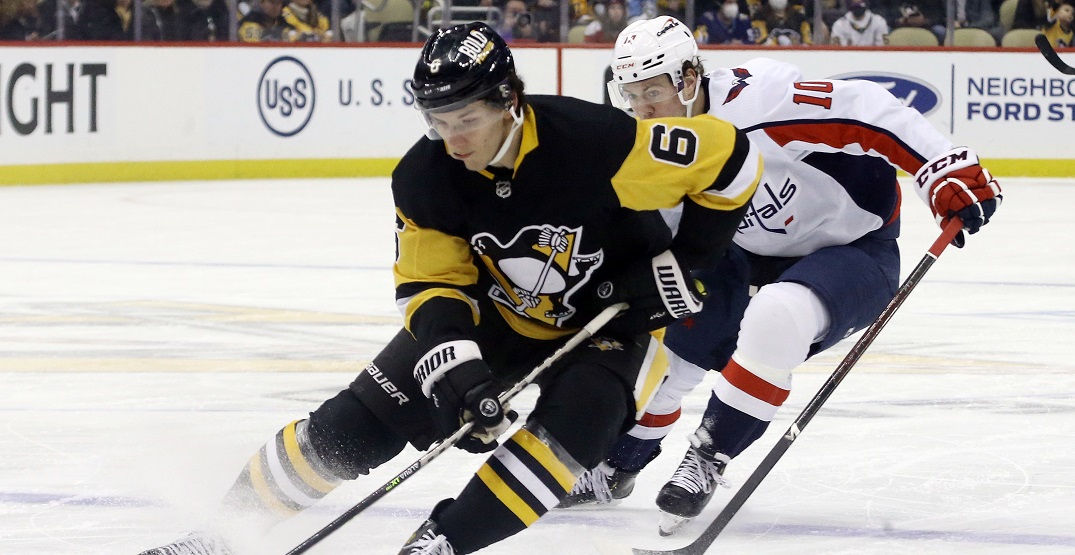 “The Canucks, it’s known, they’ve been looking for a young defenceman,” Friedman said Saturday on Hockey Night in Canada during an intermission segment. “One of their targets is John Marino of Pittsburgh, that’s one of the players they’ve looked at.”

The 24-year-old Marino is in his third NHL season. He was originally chosen by the Edmonton Oilers in the 6th round with the 154th overall pick in the 2015 NHL draft, before his rights were traded to the Penguins in 2019.

Marino has a goal and 18 assists for a total of 19 points in 60 games this season with Pittsburgh. He’s averaged 20:48 of icetime this year, third most amongst Pittsburgh blueliners. Naturally, there’s also a connection with Canucks president Jim Rutherford, who acquired Marino while the general manager of Pittsburgh.

But Friedman admitted there was some doubt in the trade actually going through.

“I don’t know if this is going to happen, though,” Friedman added. “I think the Penguins consider him a very good player. And, secondly, it just sounds like it’s been difficult to get a match. So, he’s a target, but I’m not convinced that’s going to occur.”