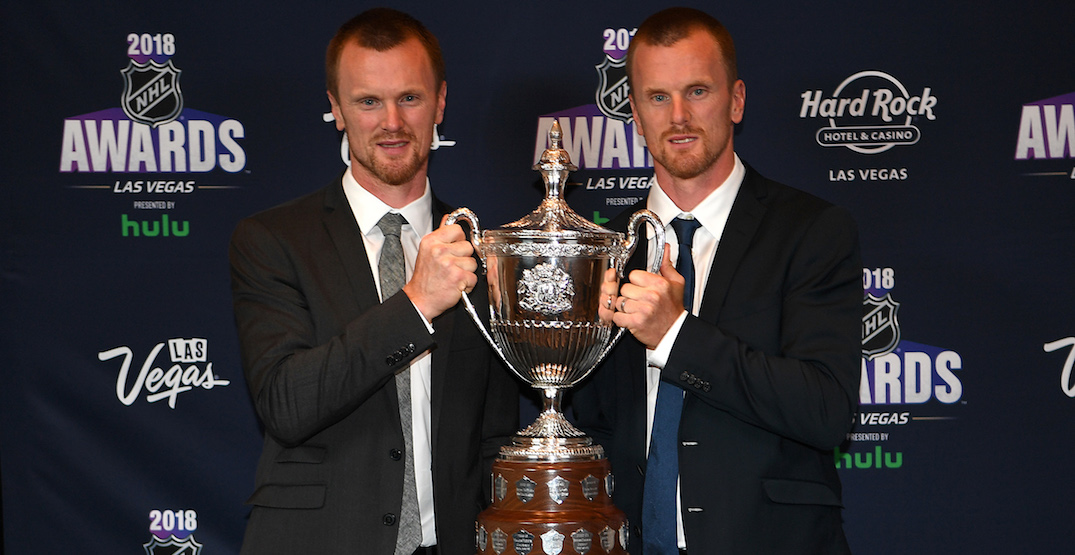 It took a long time for the Sedin twins to get their due respect from the National Hockey League, here’s hoping the Hockey Hall of Fame selection committee rights that wrong.

The 2022 class for the hallowed hall will be announced Monday and the Sedins join former teammate Roberto Luongo as first-time eligible in the players’ category.

I think Luongo will get in. He ranks with the very best all-time in wins, ice-time, shutouts, save percentage, and goals-against average. No, he didn’t win a Cup, but he was easily one of the best goaltenders of the last quarter century, not sure a lack of ring will matter in his case.

The Sedins should eventually get called to the hall too, but will the committee see fit to do so this year?

They don’t have championships résumés either, although both topped 1,000 NHL games and 1,000 NHL points. Both have been named league MVPs — Henrik the Hart Trophy, Daniel the Ted Lindsay Award.

And yet, the lack of league-wide respect for the Sedins was also a theme to their careers.

They took awhile to launch, the national media was slow to their genius, they weren’t fighters and even had their suitability as team leaders questioned inside this market.

Through all the slights, including juvenile radio interviews from peers like Jamie Benn and Tyler Seguin, they rose above and kept their class.

Class alone doesn’t get you into the Hall of Fame, but I can’t think of more dignified people and professionals than Daniel and Henrik. They are most deserving, and honouring them as first-ballot Hall-of-Famers would right much of the wrong.