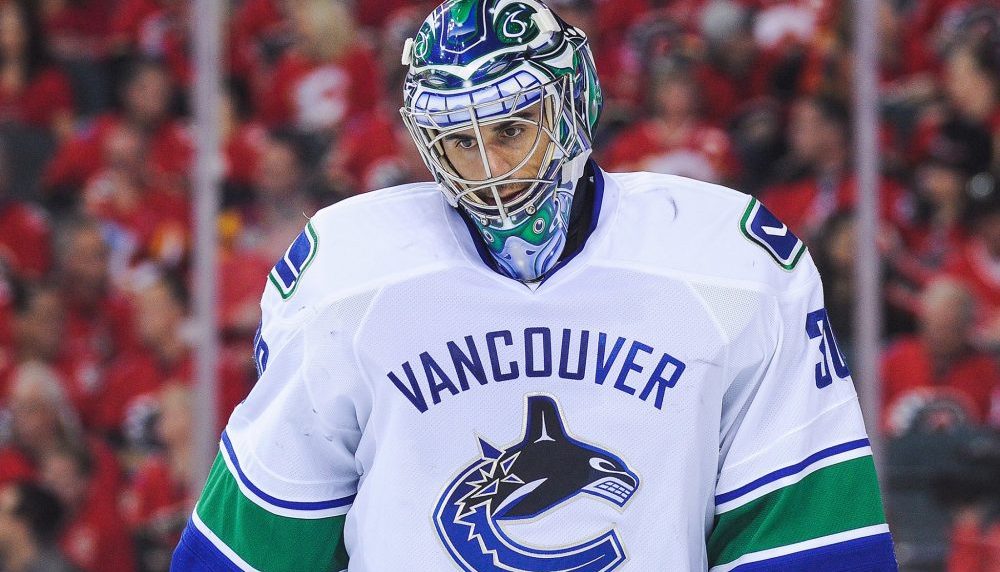 New to Vancouver? Here are three constants you should prepare for: rain, atrocious traffic, and goaltending controversies.

To be fair, Trevor Linden and Jim Benning have been learning since they took over the reigns of the Vancouver Canucks.

Just see how their approach to defence has changed.

“In my first two years it seems like we go through 11-12 defensemen a year,” Benning told TSN 1040 Monday. “So our talk when we talk to our coaches and stuff is we’d like to start the year with eight defencemen.”

Not only have they increased the number of blueliners they’ll carry out of training camp, they’ve put a newfound emphasis on acquiring higher quality defencemen in the past year. Both the drafting of Olli Juolevi over Matthew Tkatchuk and the trade of Jared McCann for Erik Gudbranson were clear signs of this.

But that’s defence, and all their adaptation at that position makes their inflexibility in net even more perplexing.

Asked by TSN 1040 if their play will dictate how games are split between Jacob Markstrom and Ryan Miller this year, Benning could have offered a “we’ll see” type answer. The way Miller’s tired by mid-December in both of his years in Vancouver coupled with how the backups, Eddie Lack and Markstrom, have outperformed the starter should’ve at least opened Benning’s mind to the questioner’s idea.

Considering the Canucks have dealt with a goaltending controversy every season since Cory Schneider’s emergence in 2010-11, you’d think Benning would want to avoid the situation this year. Yet here we are headed down the same path again.

Declaring Miller the starter from day one leaves only one avenue to success. Miller has to outplay Markstrom constantly and consistently. One stumble, one strong game from Markstrom combined with a weak game from Miller, and the debate will be back in full force.

Should Markstrom be starting more? Is he better than Miller? Should Miller be traded at the deadline to make way for a younger goaltending tandem?

With Markstrom’s near-shutout in his first game as starter for Team Sweden at the World Cup of Hockey, it’s already begun.

Sure as the rain, the controversy is coming Vancouver.

Is that really something you want to deal with for yet another season?