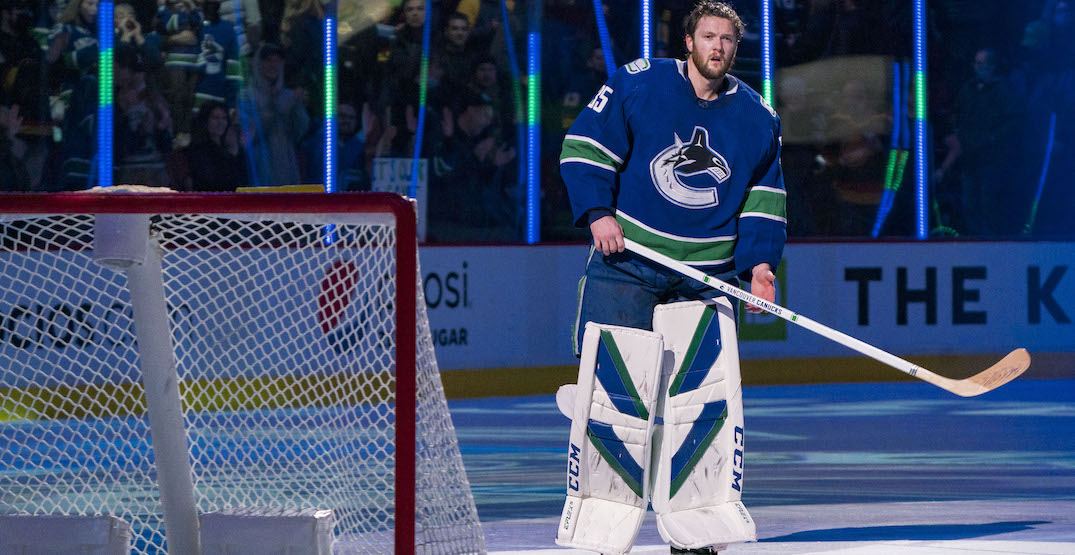 The Canucks cancelled their morning skate today after two players, Luke Schenn and Juho Lammikko, tested positive for COVID-19. The team learned of Schenn’s positive test on Monday, with Lammikko’s test result being returned this morning.

“We’re just working through all the league protocols at this point,” said new Canucks president Jim Rutherford. “We just have to see where it goes when we get the next group of tests.”

When asked if Schenn and Lammikko are symptomatic, Rutherford said he didn’t have a good answer.

“I believe so, but I don’t know exactly what they are.”

The Canucks tested everyone again this morning, with Rutherford saying he expects the results back this afternoon — perhaps as late as 6 pm PT.

Rutherford added that he’s unsure what else would need to happen for the NHL to postpone the game.

“I don’t know what guidelines the league uses to cancel games, but it certainly appears that there has to be a bigger number than what we’re dealing with right now.”

The Canucks had a scheduled day off yesterday, and last played on Sunday.

Sense is among those within the Canucks organization is that they will get some more positive tests results. Obviously you hope for the best but have to prepare for what could come.

The spread of the Omicron variant appears to be wreaking havoc for a number of NHL teams, with over 20 players being added to the league’s COVID list in the last two days.