With the Stanley Cup Final in full swing, there are 28 other teams that are much more interested in what is going on off the ice. The 2015 NHL Draft will take place in Florida on June 26th and 27th while only a few days later on July 1st, “Free Agent Frenzy” begins.

With just over $3 million available right now, the Canucks’ current cap situation makes things a little difficult, but as we’ve seen so often around the NHL in years past, some of the smaller deals can end up being the most beneficial. It should also be noted that the 2015-2016 salary cap is projected to increase slightly, likely between $71.5 and $72 million. That allows for an additional $2.5 to $3 million in available cap space.

The list of UFA defencemen available this summer is not going to garner a great deal of fanfare, but one or two of these players may be what the Canucks need to shore up the back end.

Here’s a look at 5 possible targets the Vancouver Canucks may be interested in. 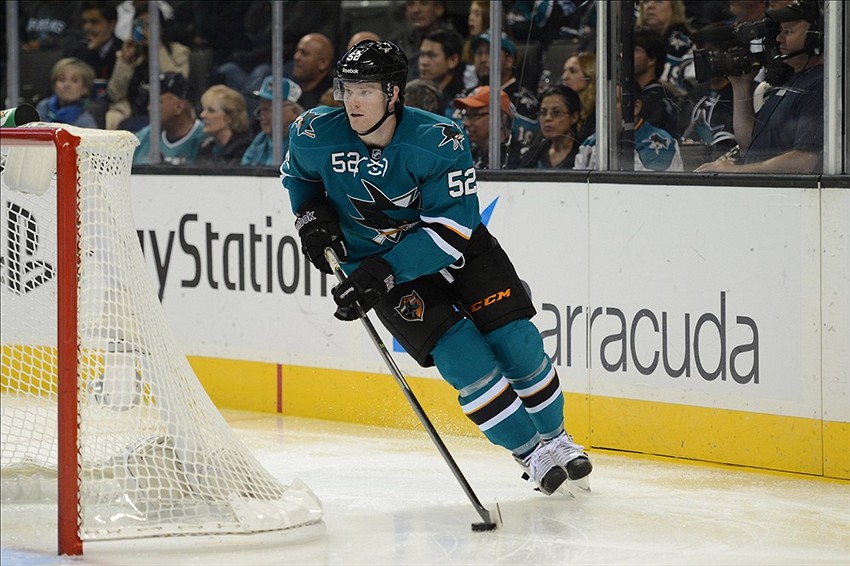 Why they should sign him: A BC boy, Matt Irwin is from Brentwood Bay and might be a candidate to take a “hometown discount” to play for a team he grew up watching. Irwin is a big defenceman that seems to do some of his best work when he’s playing against Vancouver.

In his three years with San Jose, he has developed into a very capable third pairing defenceman, which is exactly what the Canucks, along with every team in the league, are looking for.

Offensively, Irwin has two consecutive seasons with 19 points, despite playing just 62 and and 53 games respectively. In addition, Irwin has been a positive possession player each of his three years in the league.

Why they shouldn’t sign him: Irwin could use some work on his foot speed and adjustment to the pace of play. He was in and out of the lineup during the early part of last season, but started making an impact playing alongside Brent Burns. Before an upper-body injury in March, he was playing some of his best hockey.

Irwin’s statistics and success could be tied in large part to who he was playing with. Burns had an excellent season, made the All-Star team, and was one of the few bright spots on a disappointing San Jose team. If you take Burns away from Irwin, what are you left with? 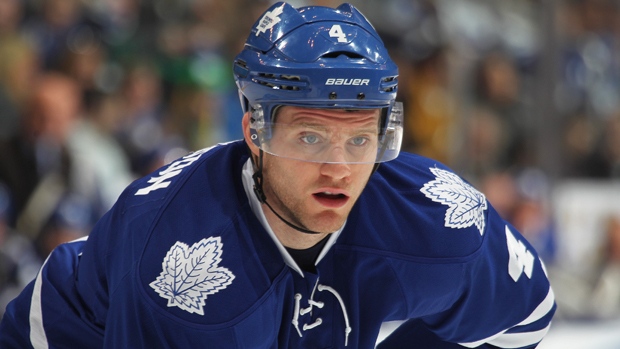 Why they should sign him: One of the most coveted unrestricted free agents, Cody Franson has already garnered a great deal of attention. Dealt at the trade deadline to Nashville last year, Franson has been linked to Toronto as well as Vancouver. Another BC native, Franson could make his way back to the city in which he played his junior career.

Franson’s capabilities on the power play are impressive and he would be a welcome addition on the back end.

Things clearly didn’t work out as planned in Nashville last year, so you can bet he’s looking to reestablish himself as a quality puck moving defenceman that doesn’t sacrifice defensive play to join the rush.

Franson’s ability to get shots through traffic is apparent as well. In 428 NHL games, he has averaged an impressive 1.57 shots per game. At times last year, the Canucks struggled to get the puck to the front of the net, and Franson could certainly help with that.

Why they shouldn’t sign him: Cody Franson is going to be a big ticket item, and may be too expensive for Vancouver. His camp has already made it clear they’ll be fielding some pretty significant offers. Sounds expensive…

Jim Benning has already stated the Canucks wouldn’t be in the market for a player asking for $5 million to $6 million. Well, we’ll see if he was serious. 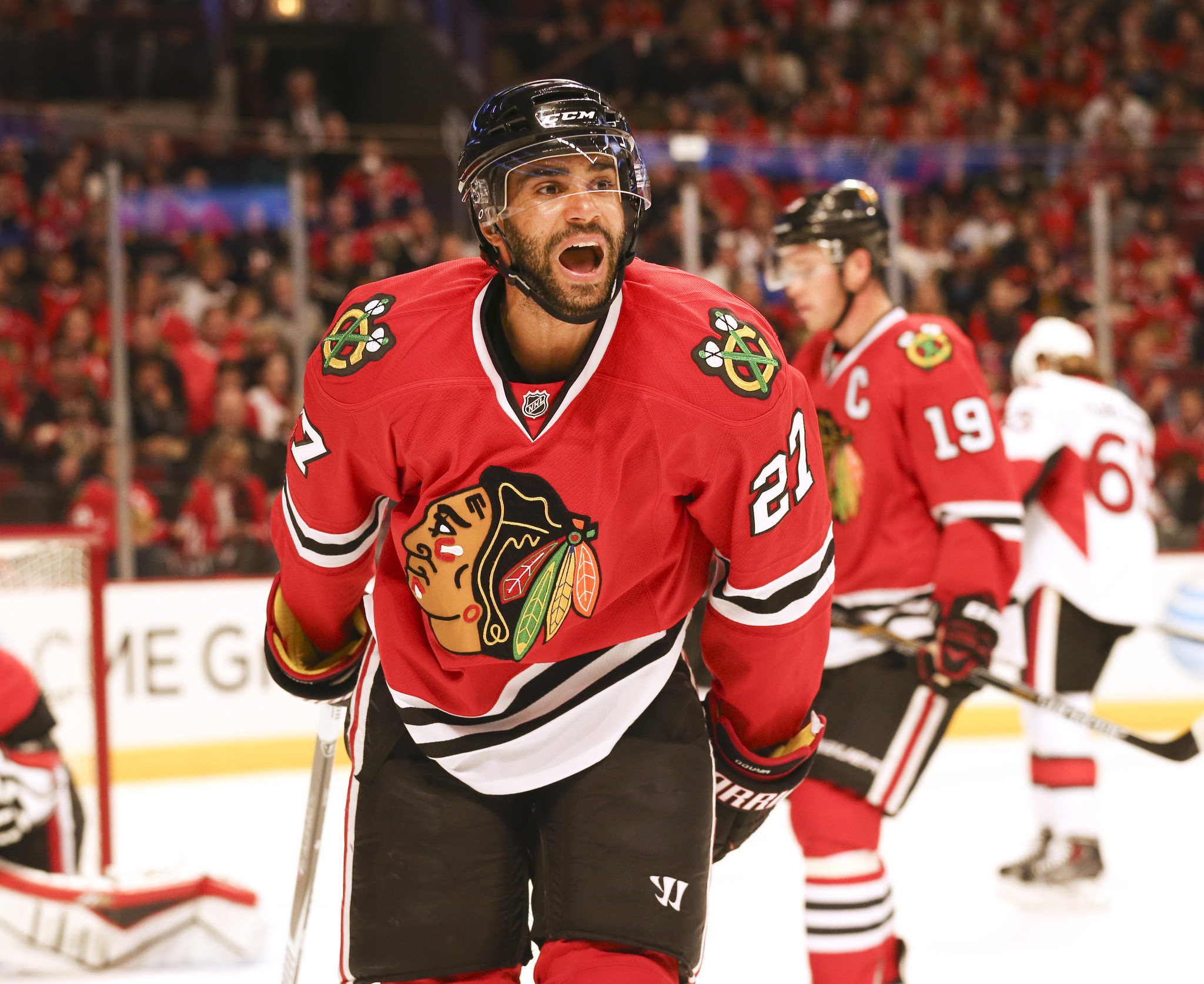 Why they should sign him: Oduya is likely to be a victim of the imminent salary cap concerns in Chicago.

Incredibly reliable in his own zone, Oduya has managed to stay relatively under-appreciated playing behind a couple guys named Duncan Keith and Brent Seabrook. However, alongside Niklas Hjalmarsson, Oduya has made up one half of arguably the NHL’s best second pairing.

A member of the Cup winning Blackhawks team in 2013, Oduya has also represented Sweden in two Olympics.

Why they shouldn’t sign him: At 33-years-old, Oduya may not fit in with the plans to get younger. The Sedins, Burrows, Bieksa, and Hamhuis (among others) are on the wrong half of thirty already and adding another name to that already extensive list probably isn’t in the cards. 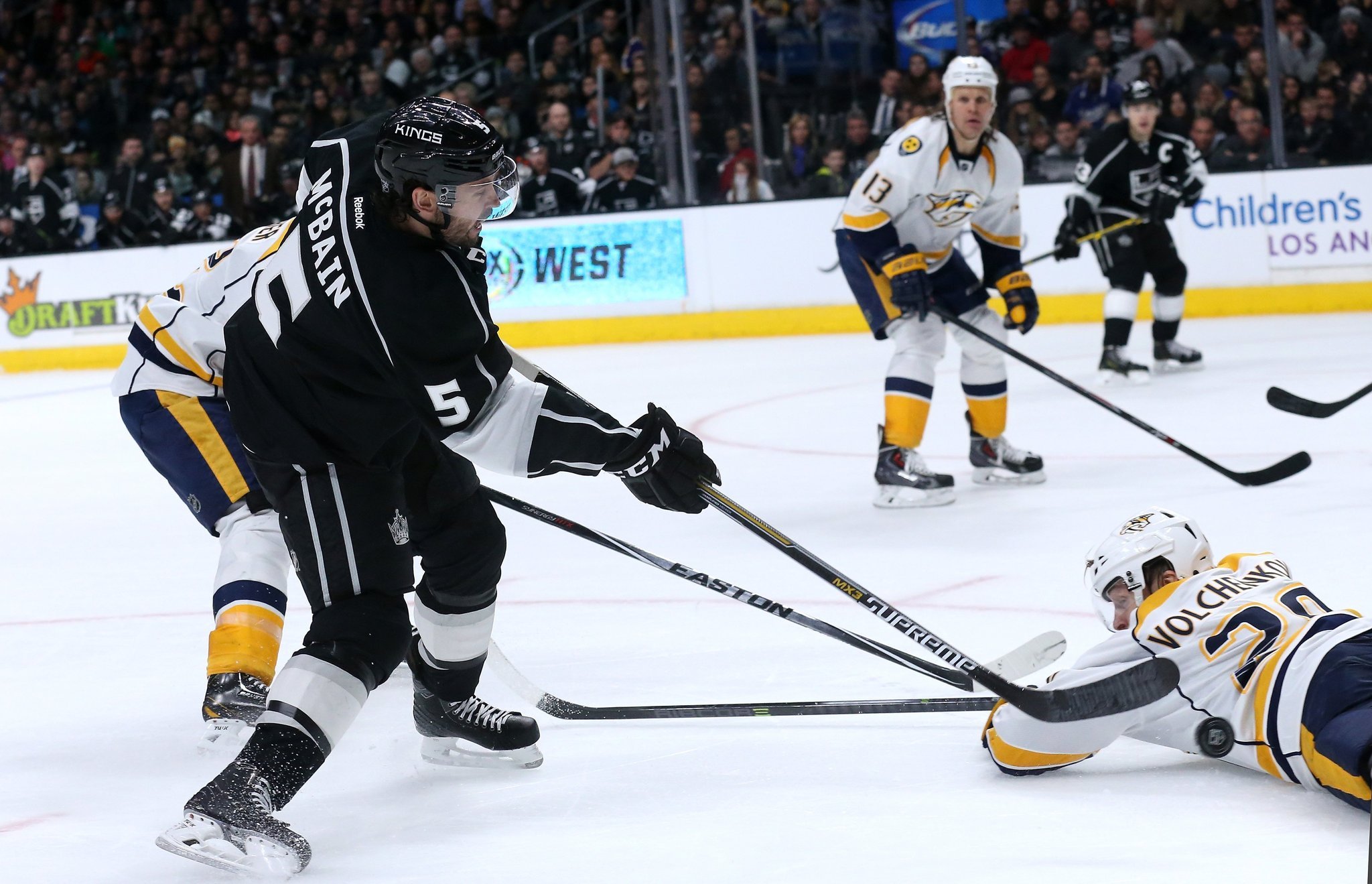 Why they should sign him: McBain has flown under the radar for most of his career due to where he has played. After being drafted by Carolina, he performed well for the Hurricanes, quickly establishing himself as an offensively gifted defenceman on a team that struggled mightily. After a short stay in Buffalo, McBain then signed a one year contract with the Los Angeles Kings.

While his next deal likely won’t be quite as small, I think there is still an opportunity for a team to pick up the former USA world junior player at an acceptable price. Relatively speaking, McBain could offer some value at a fraction of the price of some of the other higher profile names available.

Clearly an offensive specialist, McBain would be also be able to spend some time on the Canucks’ second power play unit. Anybody who watched Vancouver last year knows there is significant room for improvement there, so why not trot out McBain?

Why they shouldn’t sign him: McBain was jettisoned from Carolina, underperformed in Buffalo, and never really cracked the roster in Los Angeles. If it hadn’t been for Slava Voynov’s trouble with the law, McBain may not have played at all. 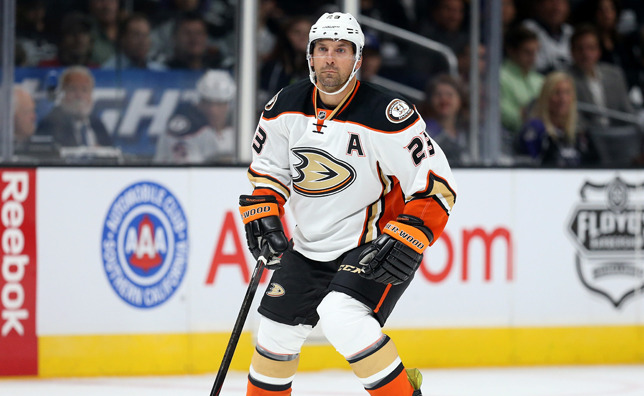 Why they should sign him: Francois Beauchemin could bring a lot of valuable experience to the Canucks’ blue line. His offence, hard-nosed style of play, and leadership could fit in well on a Canucks team that lacked some identity at certain points in the season.

Useful on a second power play unit, Beauchemin has a great shot and can distribute the puck efficiently. Many teams are adopting the 1 defenceman/4 forward system on the power play, but having two blue liners that can shoot may force opposing teams to adjust their penalty kill strategy.

Not only is Beauchemin skilled in the offensive zone, he’s shown a great deal of responsibility in his own end. Whether it is blocking shots or doling out massive hits, he’s a force to be reckoned with.

Why they shouldn’t sign him: The biggest knock on Beauchemin is his age. He’s already 35 and his style of play doesn’t necessarily lend itself to a productive career stretching into his late 30s. Nobody is suggesting a long term deal, but even just one or two years could be enough time to capture his inevitable decline.