Saturday night’s Vancouver Canucks tilt against the Calgary Flames started with defenceman Kevin Bieksa winning the opening face-off. What happened next is something of madness. The hockey game paused, switched to WWE wrestling and we all watched as a simultaneous line brawl broke out between all 10 skaters on the ice.

All 10 received fighting majors. Eight received game misconducts (ejections) and left the teams to play with only four defensemen a side – for 64 minutes and 58 seconds. 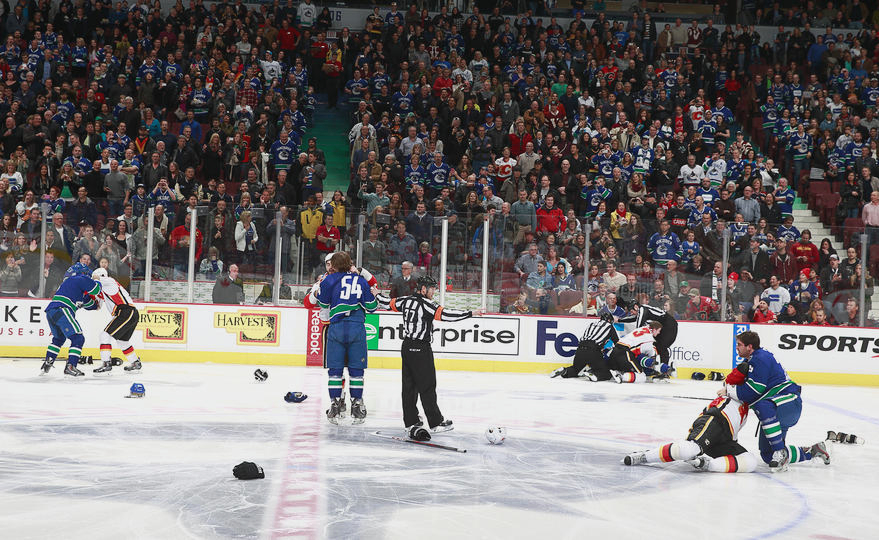 Once the fights were over, the referees had handed out 142 minutes of penalties – in the first two seconds of the game. 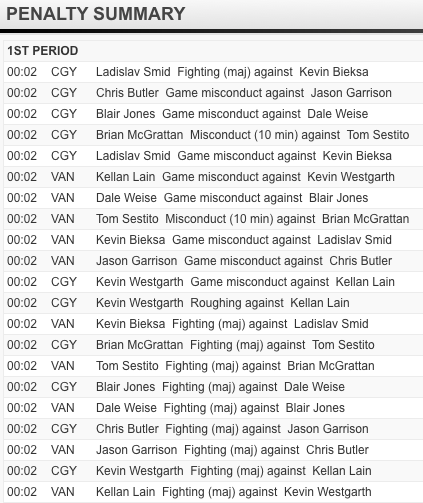 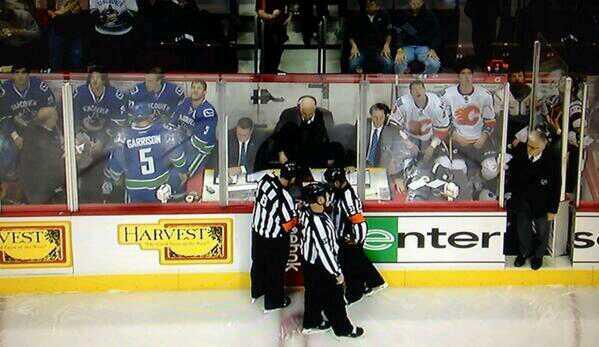 On the ice was Canucks’ Kellain Lain who was making his NHL debut – in front of his family who had flown in from Ontario. He, too, was ejected. 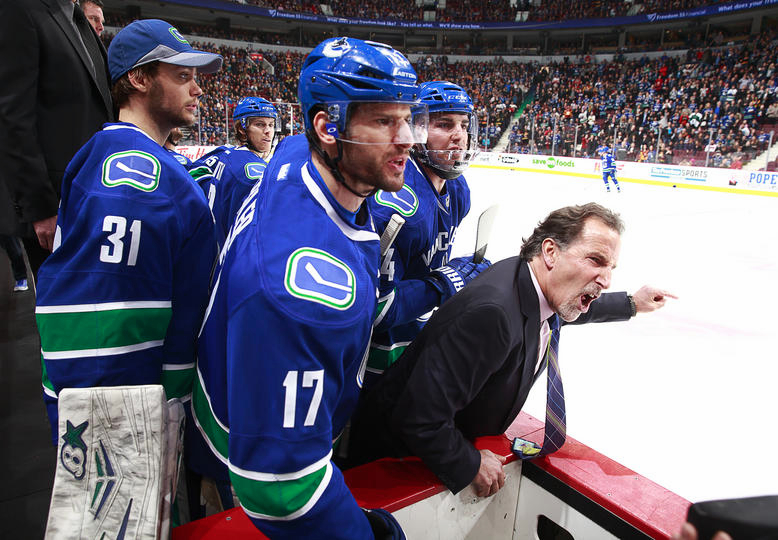 As you could see, John Tortorella was furious at Flames coach Bob Hartley’s decision to start his fourth line of goons, which, Hartley said in his post-game interview, was for “scoring purposes.”

As the home team, Tortorella got to select his starting lineup after Hartley submitted his. Upon seeing the opponents, what was Torts supposed to do – put the Sedins up against the fourth line fighters? Fight fire with fire?

Tortorella’s anger did not stop after the first 20 minutes of play. At the start of the first intermission, he left his team’s dressing room and tried to charge down the Flames hallway towards their dressing room, and coaching staff.

While this is entertainment gold and it’s amazing to see Torts standing up for his players, he did lose his cool and cross the line – and it looks like he’ll have to pay the price for it by way of suspension and/or fine. After the game, CBC’s Elliotte Friedman tweeted the inevitable:

And in case you missed it, CBC’s PJ Stock went on a crazy rant during the intermission where he thought Tortorella was to blame for matching his fourth line with Calgary’s fourth line.

A short bench is a time for others to step up, and these Canucks players did just that:

Oh, and the Canucks ended up winning 3-2 in a shootout.