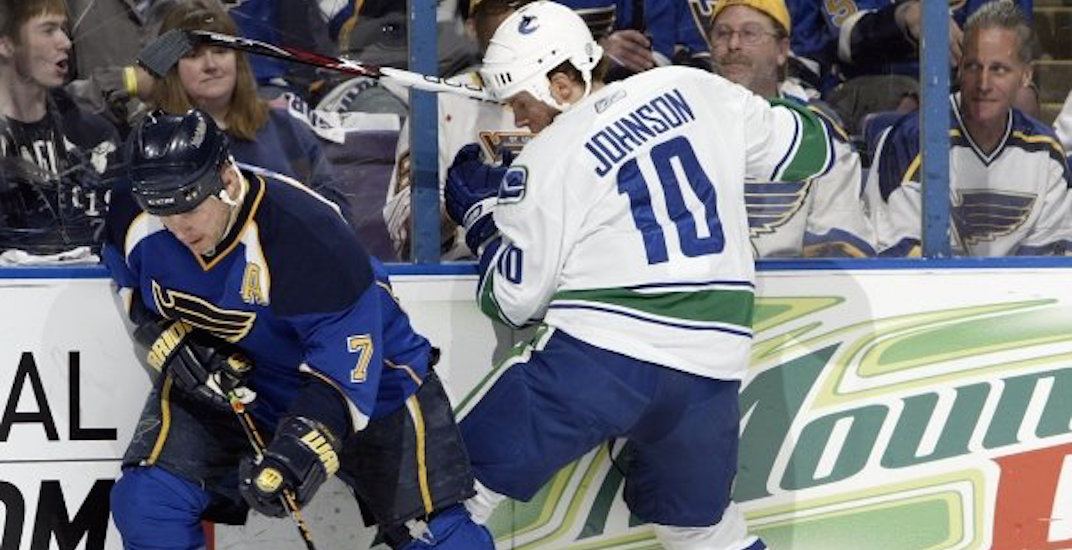 The Canucks have been famously poor at drafting and developing players, since… Well, seemingly since forever.

It should come as no surprise then that the team announced a number of changes within their scouting and player development ranks on Wednesday.

Among the biggest changes involves former shot blocker extraordinaire, Ryan Johnson, who has been named general manager of the Canucks’ AHL affiliate in Utica. This is a promotion for the former Canucks centre, who rejoined the organization in 2013.

Johnson will continue his role as director of player development, joining Pat Conacher (director of hockey operations) in the Comets front office. The role will allow Johnson to work closely with prospects, while leading day-to-day operations in Utica.

“Ryan’s leadership and guidance with our prospects has benefitted their development. This added responsibility allows him to further monitor and support the development path of our next core from the junior to professional level.”

With the Canucks beginning to stockpile young players who could be destined for the AHL over the next couple of seasons, Johnson’s role is more important than ever.

The Canucks have made sweeping changes within their scouting department, promoting longtime pro scout Brett Henning to the director of professional scouting.

“Brett has a strong scouting background and a proven understanding of our organizational needs. We’re excited about each of these changes and believe they support our long-term goals.”

Meanwhile, Trevor Linden confirmed a report from earlier in the month, as six of Vancouver’s 15 amateur scouts are moving on.

“I’d like to thank Harold for his contributions to our scouting team,” said Linden. “We’re thrilled to have him continue to represent the Canucks as an ambassador.”

Four scouts with various backgrounds – Todd Harvey, Paul Gallagher, Doug Gasper, and Vincent Montalbano – have been hired by the team.

Harvey, a former captain of Team Canada at the World Junior Championship, comes to the Canucks from a coaching role with the OHL’s Guelph Storm.

Gallagher is a longtime amateur scout in the NHL, working most recently with the Florida Panthers.

Gasper makes the move from the WHL’s Moose Jaw Warriors, where he was the director of scouting.

Montalbano joins the organization after serving as an amateur scout with the St Louis Blues, as well as being the director of player personnel for Tri-City in the USHL.

Will the changes yield better results at the draft table? It’s too early to tell, although they had to do something.

The Canucks appeared to have already changed their strategy at last month’s draft in Chicago. The analytics community – who have been critical of Canucks draft picks in recent years – were uncharacteristically pleased with GM Jim Benning’s selections.