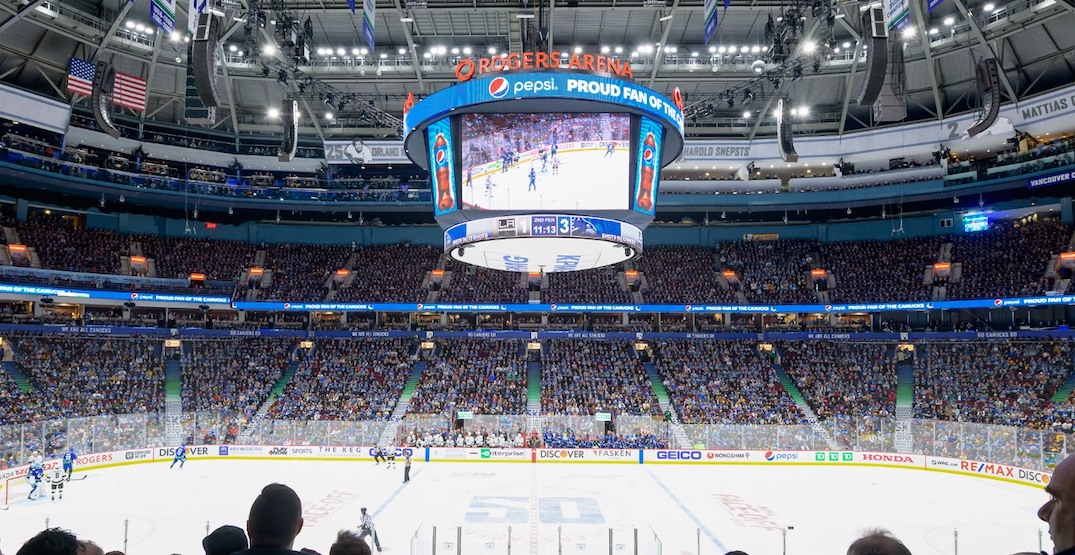 The Vancouver Canucks sent out season ticket renewal options to fans this week, with full details to be sent in the coming weeks.

These are of course unprecedented times, so the ask looks different than usual.

Six home games at Rogers Arena were postponed, and even if they eventually do get played this summer, it won’t be with fans in the stands. As such, the Canucks have offered a refund option, but they’re providing incentives for fans to carry that money over to next season.

“Given the continued uncertainty, we feel it is important for us to provide each Member with options to manage the credit on their account resulting from these un-played 2019.20 games,” Canucks COO Trent Carroll told season ticket members via email. “Over the past several weeks, our team has been working hard to develop a flexible plan with added benefits and support to help each and every Member through this challenging period.”

Season ticket holders are the lifeblood for NHL franchises, so the possibility of losing any of them due to the economic crisis resulting from the global pandemic has to be of critical concern.

The Canucks appear to have a healthy base of season ticket members, averaging 18,679 fans per game at Rogers Arena last season. Their renewal rate was above 90% last year, with Carroll telling Daily Hive back in October that it was the best year the team had on ticketing in the last six years.

With an improved team, that number would have surely stayed high for next season during normal times, even with a likely increase in ticket prices.

But instead of raising ticket prices for next season, Canucks season ticket members will have the opportunity to keep their seats at the same price. In addition, the Canucks are offering a number of “new benefits” for anyone that applies their 2019-20 credit towards the 2020-21 season.

Among the new perks includes doubling each member’s Rogers Arena food and beverage credit, which was $400 for one season ticket holder we spoke to.

The team is not asking for an additional down-payment, with the 2019-20 credit fulfilling that requirement. Fans also won’t be charged further until the Canucks receive confirmation from the NHL regarding the new schedule. They’ve also introduced “new, more flexible payment plan options,” while all payment plan fees are waived for next season.

What still remains to be seen is what next season looks like. Will the “new normal” include fans in the stands? And if so, how many?

As far as single-game ticket holders are concerned, the Canucks are expected to provide fans with the option of receiving a refund or apply their credit towards next season.