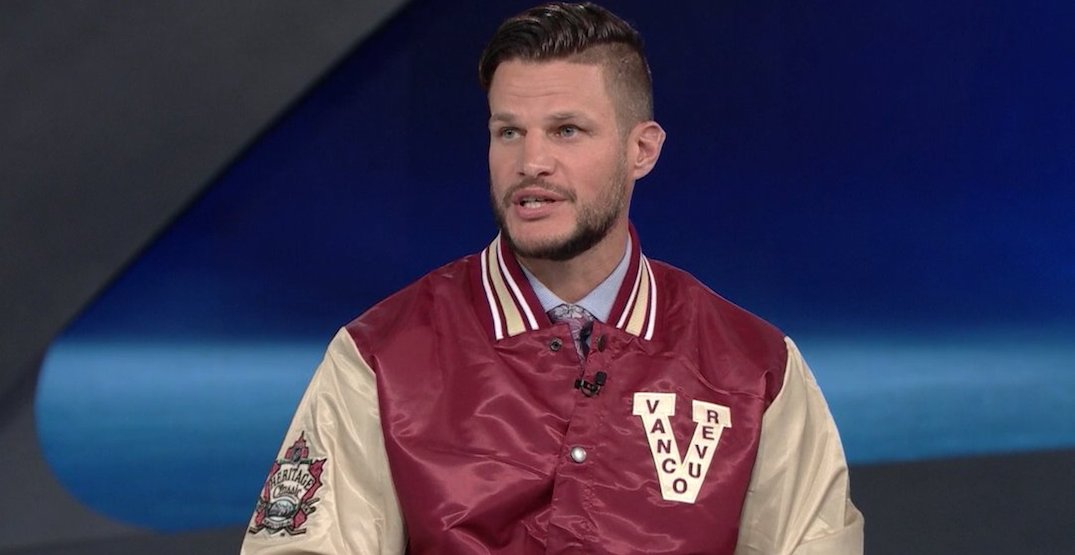 After years of watching Don Cherry openly cheer for the Toronto Maple Leafs, Canucks fans get to watch one of their own on Hockey Night in Canada nowadays.

A newcomer to Sportsnet’s playoff coverage, Kevin Bieksa has been sensational on the panel hosted by Ron MacLean. With a rare mix of humour and truly insightful analysis of the game, Bieksa’s transition to media has been seamless. He’s the closest thing we’ve seen to Charles Barkley for a hockey broadcast.

But mixed with the former Vancouver Canucks defenceman’s expert analysis has been an ability to be truly honest — because we all know who he wants to win.

I wonder who Juice is cheering for tonight?? @kbieksa3 #canucks #VegasBorn #StanleyCup pic.twitter.com/RmlkMAFFBf

On Tuesday’s broadcast, Bieksa rocked a Vancouver Millionaires jacket — the one he got for participating in the Heritage Classic as a member of the Canucks.

“I’m not biased,” Bieksa said with his legendary smirk, while rocking the burgundy jacket.

The best! Thanks for being a homey, Bieksa!! https://t.co/WQnu9GZKw5

God bless Bieksa. Every time I watch or listen, I appreciate him more and more. Such a gem. #Canucks pic.twitter.com/M474cDi6TT

“I’m not biased” Bieksa says while wearing a Vancouver Millionaire’s jacket and Canucks socks. Nice to have an “inside guy” there in Toronto.

I love Bieksa so much.

My god what an outfit from Bieksa

Bieksa’s wardrobe has had a Canucks flavour to it before in these playoffs, as he showed off a pair of Bo Horvat socks during Game 1 of the St. Louis series.

On both occasions, Bieksa’s Canucks-themed outfits proved to be lucky, as Horvat scored twice in a Vancouver win when the unbiased broadcaster first wore his socks.

Bieksa also had fans in stitches when he proclaimed that he was most certainly not a Calgary Flames fan.

Legendary work from Kevin Bieksa on the panel this evening. Wow. pic.twitter.com/A1M1HF2eOd

Bieksa: If I'm a Calgary fan there's still hope (while smiling)…. but I'm not #lmaoooooooooooooo

And then there’s been all the banter with MacLean, a broadcaster who has drawn the ire of Canucks fans before…

If Kevin Bieksa keeps making fun of Ron MacLean, just admit him to the Order of Canada ASAP.

Let’s see what Bieksa has up his sleeve for Thursday, when the Canucks look to stay alive in Game 6.