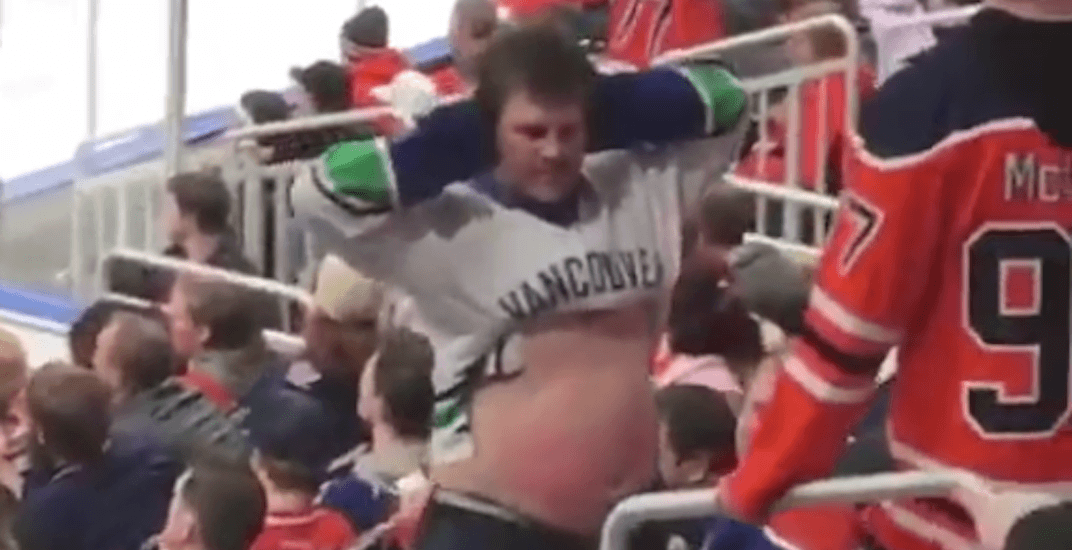 You’ve got to work up a little extra courage before going to see your team in an opposing rink and that’s especially true for fans of the Vancouver Canucks this season.

Owners of the NHL’s fourth-worst record, Canucks fans don’t have bragging rights on most fans, and this year that includes Oilers fans (barely though).

Now imagine the kind of bravery needed to strut up the aisle in a Canucks jersey pulled up so that everyone can see your gut. One Canucks fan wearing a Brock Boeser jersey did just that Saturday in Edmonton.

He let it all hang out.

The Ravishing Rick Rude pose was fantastic. The belly slaps were rhythmic.

Sure it was a bit obnoxious, but that right there ladies and gentlemen, is confidence.