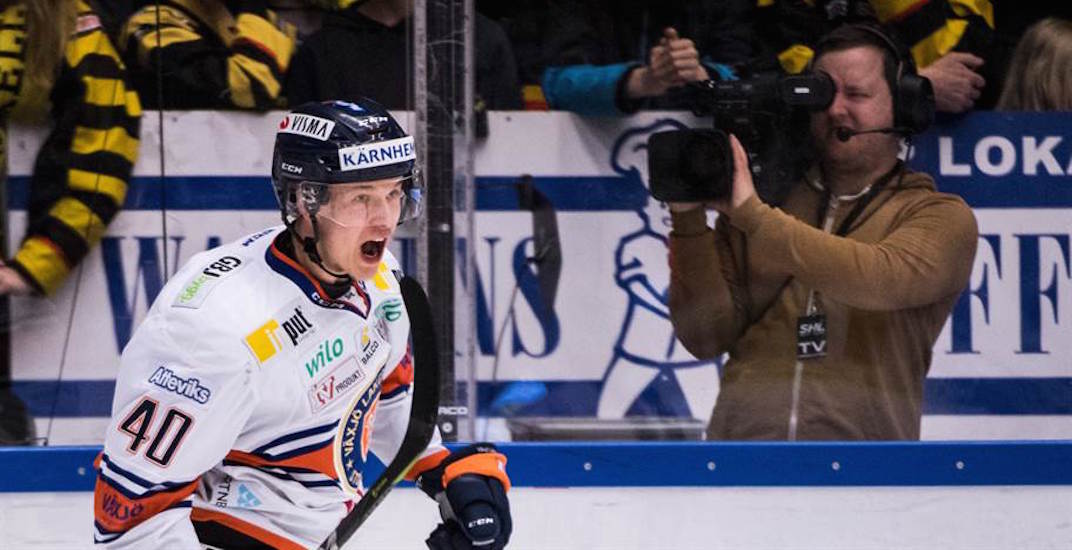 If you thought Elias Pettersson was done winning awards for his record-breaking season in Sweden, you’d be wrong.

The 19-year-old Canucks prospect added another prestigious award to his trophy case, being named ‘Young Player of the Year’ at the 2018 European Hockey Awards in Prague, Czech Republic on Tuesday.

With 56 points in 44 games, Pettersson led the SHL in points during the regular season, breaking a 42-year-old record for scoring by a junior-aged player. He led all players in playoff scoring too, tallying 19 points in 13 games, to lead Vaxjo to the championship.

On the international stage, Pettersson tied for fourth in scoring at the World Juniors, helping Sweden win silver. He wrapped up his season by scoring three points in five games, before injuring his thumb, for Sweden’s gold medal-winning team at the IIHF World Championships.

Pettersson’s next challenge will be to prove himself at the NHL level, after signing a three-year entry-level contract with the Canucks last month.