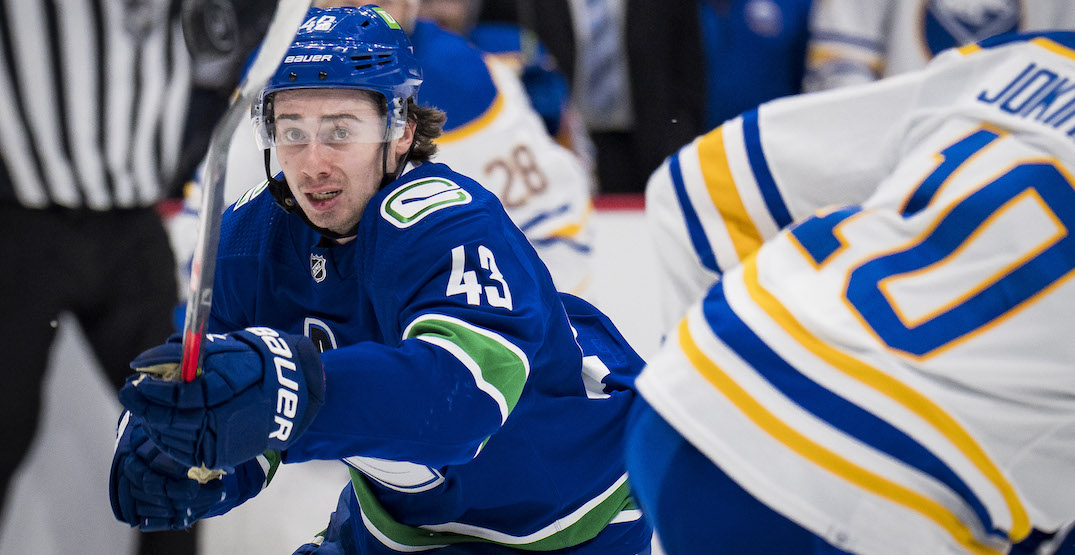 I feel like we ask this every year around this time, but it is as appropriate now as it was 2016 when the Canucks took Olli Juolevi fifth overall.

Where are the defencemen going to come from?

An instructive tweet last night from The Athletic’s Corey Masisak, looking at the 14 defencemen who got more than one top-five vote for the Norris Trophy.

Twelve of the 14 were drafted by the team they currently play for.

– 12 were drafted by his current team
– One is Adam Fox, which … let's just say that's not really a repeatable path to securing players
– One was traded for two second-round picks and is two wins from a title

Colorado acquired Abbotsford’s Devon Toews via trade with the New York Islanders in a brain-dead moment from GM Lou Lamoriello.

And then there’s Adam Fox, last year’s Norris winner, a third-round pick who developed in college, was traded to Carolina then forced his way to the Rangers as an NCAA player approaching free agent status. As Masisak points out, not a repeatable path for securing top defencemen.

In other words, if you don’t draft defencemen, and draft them early, they are exceedingly difficult to acquire via trade or free agency.

Canucks president of hockey operations Jim Rutherford has an interesting history with defencemen at his last stop in Pittsburgh. His Cup-winning teams of 2016 and 2017 were considered a couple of the worst defence corps to ever win championships.

But even within those teams, stalwarts Kris Letang and Olli Maata were indigenous draft picks.

I agree with Jeff Paterson, that if the Canucks trade J.T. Miller this summer (as seems likely) then they need a fix on the right-side of defence, the thinnest position in the organization.

But I also think they need to draft defencemen early and often next month in Montreal. History tells us you can’t win without them.