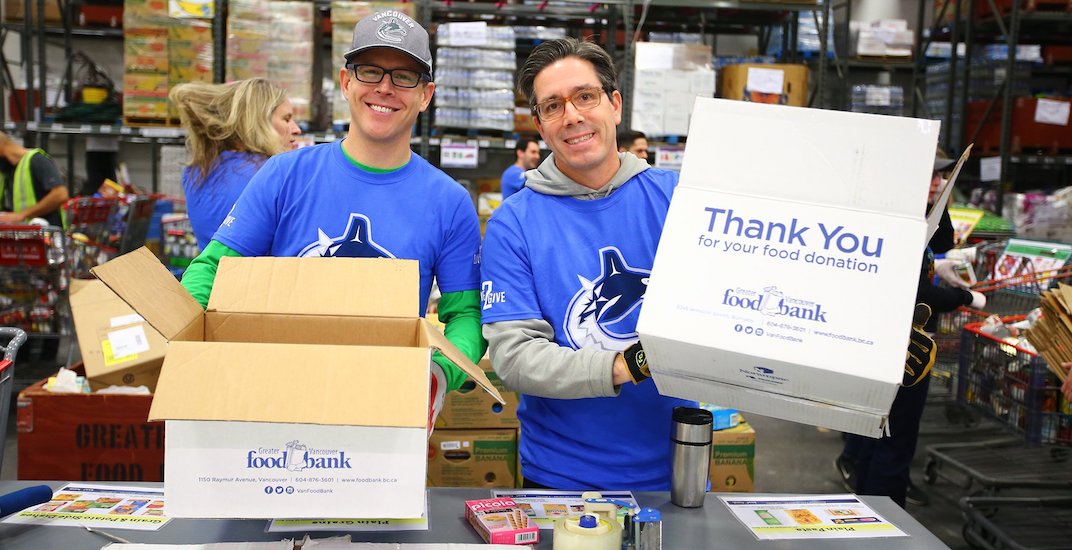 A total of 2,000 pounds of perishable food will be distributed to members of the community in need, as the Vancouver Canucks have made a sizeable donation to through the Salvation Army and Greater Vancouver Food Bank.

Canucks Sports & Entertainment, Toptable Group, and the Aquilini Family made the announcement, not wanting food to go to waste as events at Rogers Arena have been postponed or cancelled while Toptable Group’s restaurants remain temporarily closed.

“Canucks Sports & Entertainment is continuously looking for ways to support our community during this unprecedented time,” said Canucks COO Trent Carroll in a media release. “With strong support from the Aquilini family, and our partners at Toptable Group, we know this donation will help some of the most vulnerable groups in our community. We would also like to thank the Salvation Army, Greater Vancouver Food Bank and other local agencies who have been working hard and doing their part to feed those in need.”

The food will be used to make over 1,000 individually-packaged bagged lunches, which will be delivered to the Salvation Army to hand out to those in need in East Vancouver, the Canucks say. The Salvation Army is no longer able to serve a hot, buffet-style meal, as they’re aiming to reduce the spread of COVID-19.

The rest of the food will be donated to the Greater Vancouver Food Bank for distribution.

“As the situation surrounding COVID-19 has evolved, we at Toptable Group have had continuous dialogue with our team and the Aquilini family on how to help those most in need,” said Toptable Group President Michael Doyle. “With our restaurants temporarily closed, we hope that with this donation we can play a small part of alleviating the stress of when someone’s next meal will come. We are very appreciative of the hard work of those in our community that are committed to looking out for their neighbours.”

The Canucks have tried to help their community as the coronavirus alters life for everyone in Vancouver. The team announced last week that part-time arena staff who “require support” would be paid for events they were supposed to work. The team also offered to deploy out-of-work staff to Metro Vancouver care homes facing staffing shortages.