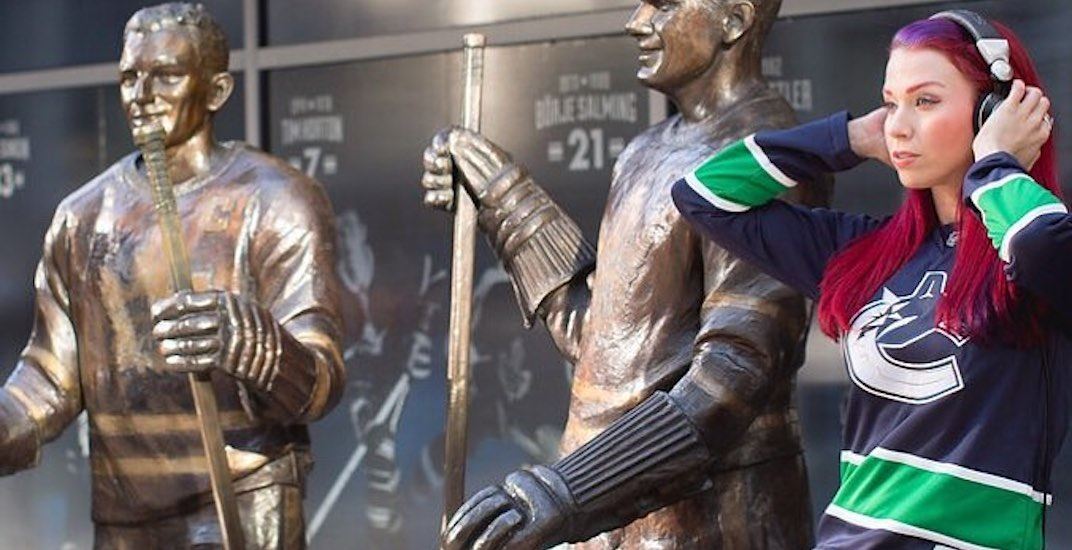 The biggest controversy concerning the Canucks in the month of November had nothing to do with the players on the ice, decisions made by the coach, or moves made by the general manager.

Hard to believe for a team that just lost for the 10th time in 11 games, but nothing came close to the outcry resulting from a decision made in the DJ booth.

New Canucks DJ Barron S had no idea she would incite an angry mob of Canucks fans when she decided to play Chelsea Dagger during Tuesday’s game at Rogers Arena.

Blowback from the song choice was so strong, Canucks owner Francesco Aquilini made a public statement to fans about it on Twitter, calling it an “innocent mistake” and saying it bugged him too.

Three days after stepping on a “musical landmine,” as she put it, Barron S explained her side of the story.

As suspected, she played the Chicago Blackhawks’ famous goal song not knowing the long  history it has with the Canucks or its fans.

“I stepped on a musical landmine during our game vs LA on Nov 27,” Barron S said in a Friday morning post on Instagram. “I played Chelsea Dagger, a song that I now know, was part of a rivalry we had against the Chicago Blackhawks almost a decade ago. Admittedly, I wasn’t a Canucks fan at this time, so I didn’t know the history of this song when I pressed play on it.”

Apparently, Barron S didn’t follow the team when the Canucks had their hearts ripped out time after time at the hands of the Blackhawks. She must not have watched Alex Burrows slay the dragon or Duncan Keith elbow Daniel Sedin in the head.

“To all our Canucks fans, I do feel that I need to apologize,” she said.

“I am sorry for playing Chelsea Dagger. But even more so, I’m sorry if I let you down. I want to create set lists that act as an exciting and energetic musical commentary for our home games and I’m sorry I didn’t accomplish this goal last Tuesday.”

Barron S said she wasn’t given a “do not play” list, but they will have one going forward. It might just have one song on it though.

Knowing a lot about the Canucks may not be a prerequisite for the job, but it probably helps. That’s true not just for the job of DJ, but any job in game presentation or marketing. If you’re speaking to fans, you ought to know what makes them tick.

The team’s previous DJ was a diehard Canucks fan and did a tremendous job under difficult circumstances in this writer’s opinion. It’s puzzling that he was let go.

Still, if you disagree with the decision to replace Jay Swing, your anger shouldn’t be with Barron S. She didn’t remove him from the DJ booth, she merely accepted a job.

Fans are known to act irrationally though, particularly when they’re angry and on the internet (just ask Mike Matheson). We shouldn’t be surprised to hear that Barron S had some terrible things said about her online – but that still doesn’t make it right.

“A mistake should be your teacher and not your attacker…and some of the things people said to me online were pretty terrible,” she said.

“I think it’s really important to acknowledge that in order to try new things, we have to embrace making mistakes, and that we usually judge ourselves more harshly than we judge anyone else. So when you practice kindness with other’s mistakes, you are actually practicing the way you will talk to yourself when you make a mistake.

“Our Canucks Entertainment Team has been working hard updating our in-arena entertainment to give you a thrilling new experience, but in order to accomplish this, we need the freedom to make mistakes. Being creative and making mistakes go hand in hand, you can’t have one without the other.”

Thursday’s game came and went without controversy, so that’s a start.