After the Canucks followed their 7-3 October record with a 8-4-2 November, there’s plenty for us to analyze and discuss.

Can they keep up the pace that has them one point shy of first overall in the standings? Will Jannik Hansen score 30 this year? Has Ryan Miller ever felt anger? Should Daniel forget shooting and pass every puck to Vrbata?

They’re all great questions, and because it would take hours to answer them, I’ve instead decided to judge whether the Canucks who grew mustaches for Movember should keep them or not. 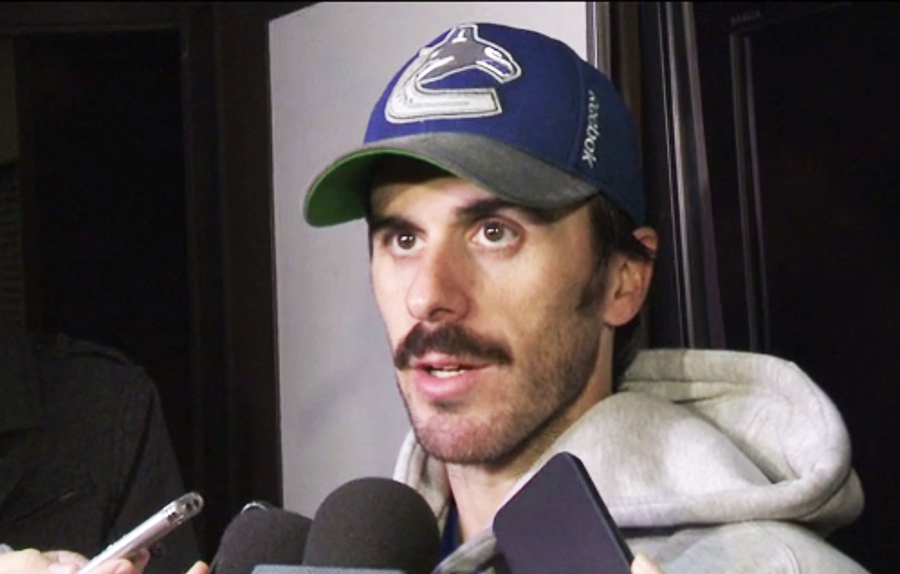 Sure, we’re expecting him to say “Imma Mario, Imma gonna win!” but still, the ‘stache fits. KEEP IT. 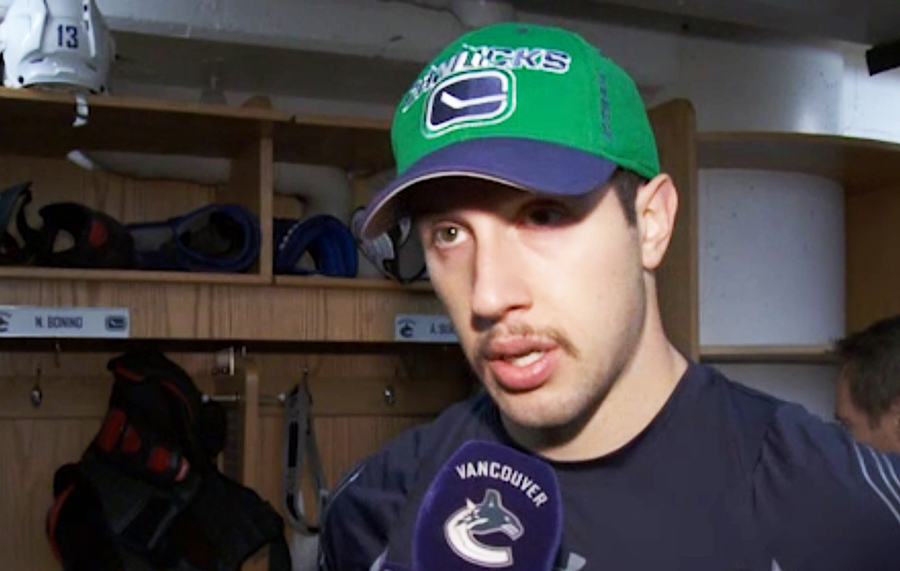 Weak. Scroll back up to Miller’s manly mustache and you’ll see why Bonino’s whiskers have to go.

The reporters are having no luck snapping him out of dreaming about the Thanksgiving dinner he enjoyed in Columbus. 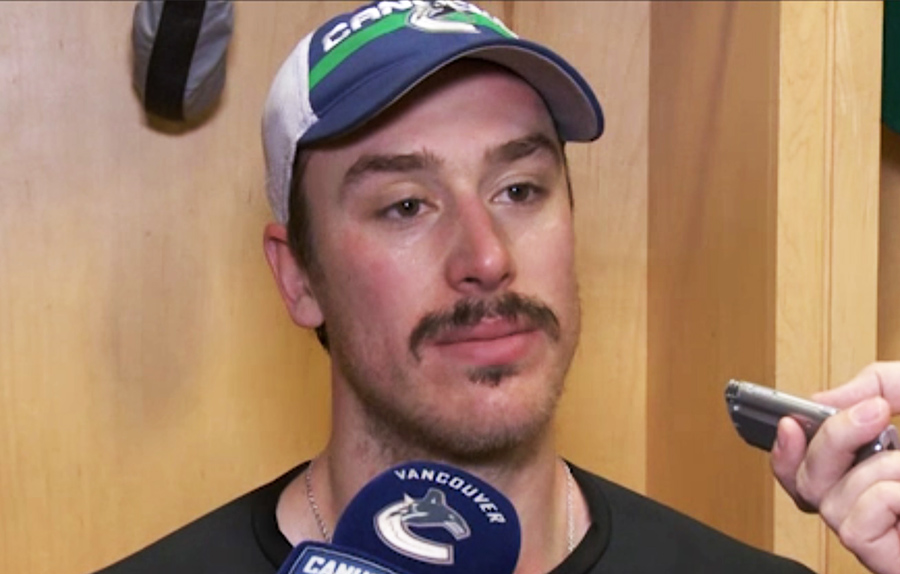 The look on his face? It’s weird. The ‘stache? It goes as well as Vrbata with the Sedins. Keep it. Definitely keep it.

Spoiler alert: this one’s the best. 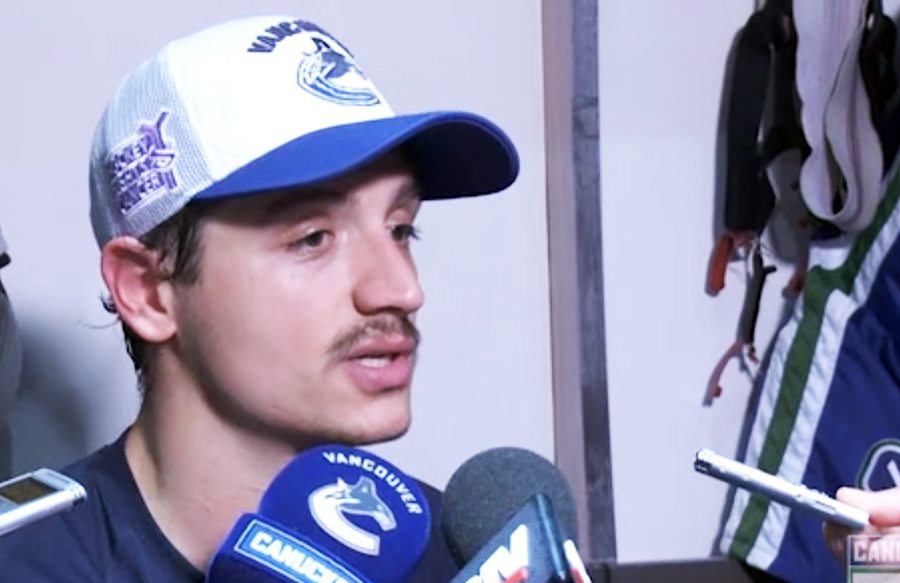 Sorry I ruined the surprise, but I couldn’t help it. It makes him look like a man who would make pizza. And he does. So this is a win. 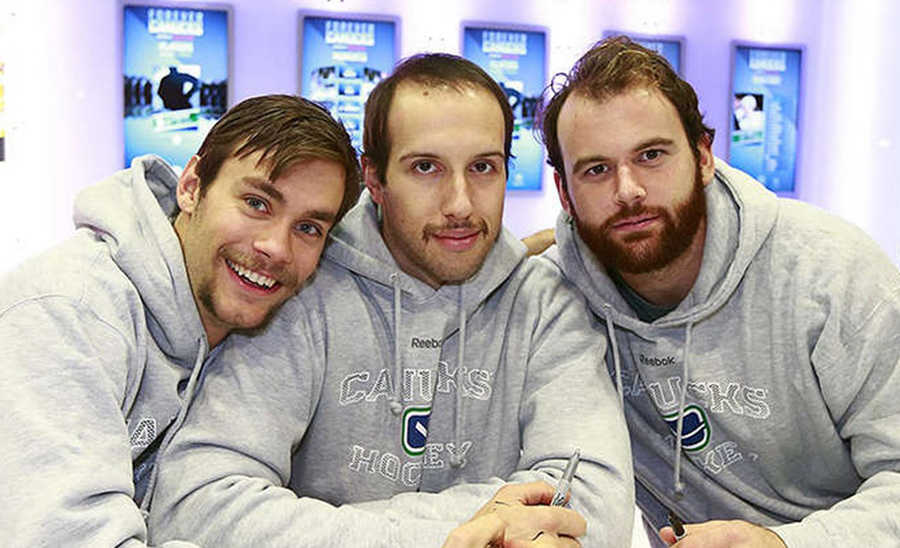 I already judged Bonino, and Zack Kassian doesn’t look any different than usual.

Lack, though – he makes a dirty-handlebar stache look pretty. It must be the eyes. 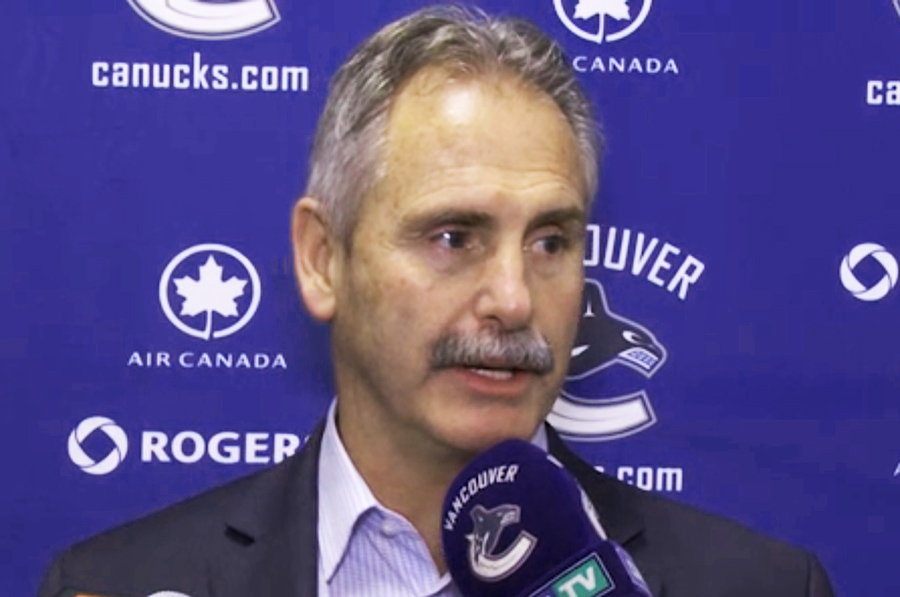 Wait, don’t people who regularly grow mustaches have to shave them off for Movember? Wait, does he have a top lip? 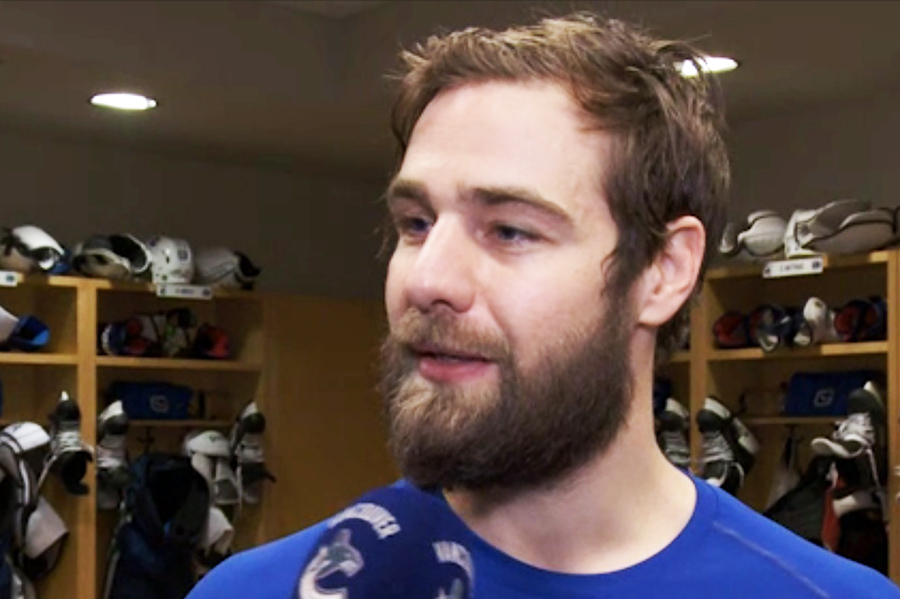 Higgins’ problem with his beard may be the same one he has with his abs: nothing can cut through it (or them).

Dave Lee-son is back with his popular wallpapers this year and they’ve got a kick-ass new design. Click on the link below the image to download the high resolution zip file. 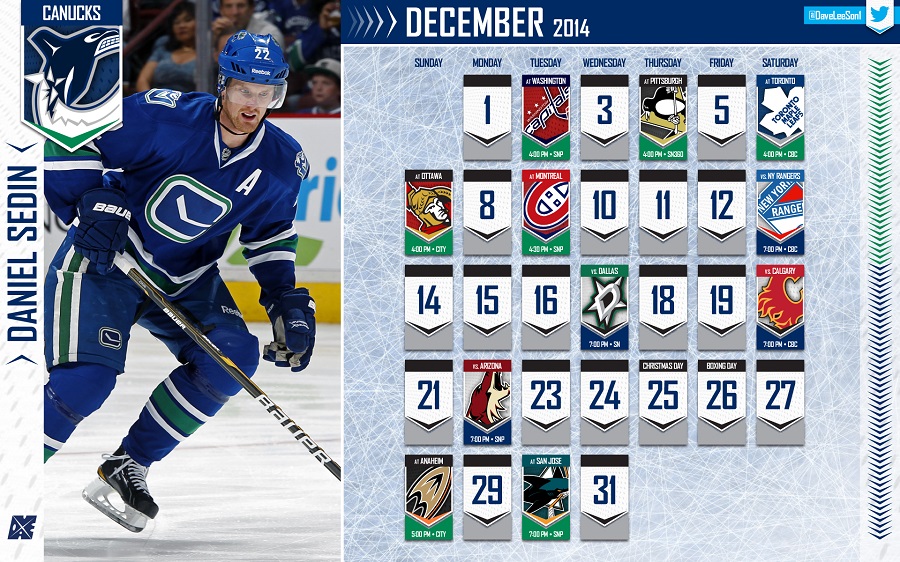