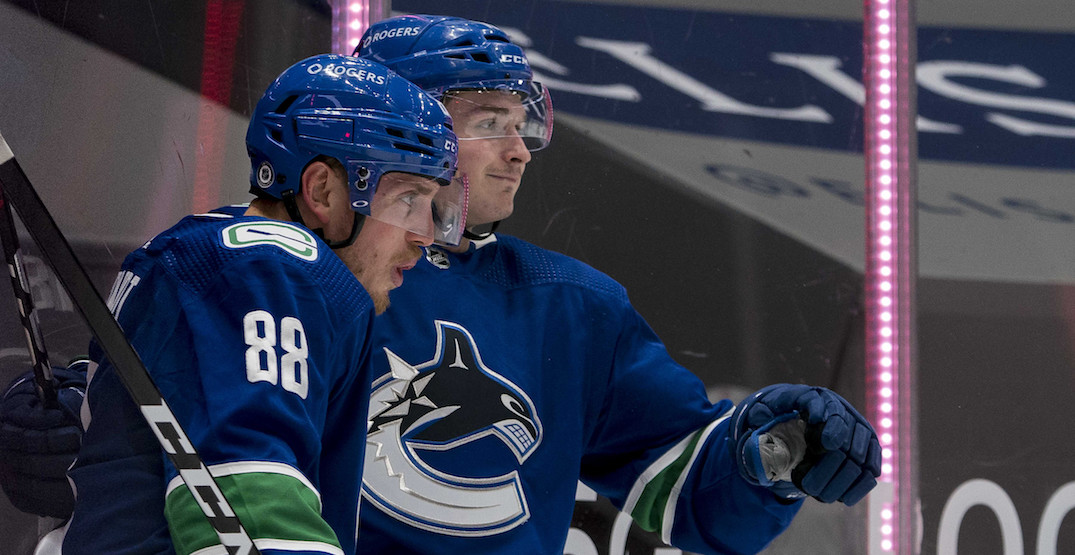 The Vancouver Canucks are healing, but they’re not yet ready to play.

The NHL has officially postponed the Canucks’ return to play, which was scheduled for Friday against the Edmonton Oilers at Rogers Arena. Multiple reports, including those below by John Shannon and Irfaan Gaffar, indicate that Saturday’s game against the Toronto Maple Leafs will also be postponed.

Saturday's Maple Leafs vs Canucks game has been postponed as well, now.

No game on Saturday between Canucks/Leafs. Postponed.

The NHL said that they expect a revised schedule to be released tomorrow, which will impact multiple North Division teams. Perhaps Saturday’s game will be pushed by one day, setting up back-to-back games against the Leafs at Rogers Arena on Sunday and Monday.

“The decision to extend the period prior to the team’s resumption of play was made to provide Club staff and Players with additional time for recovery and preparation following its recent COVID outbreak,” the NHL announced in a press release.

The decision to delay the Canucks restart comes one day after J.T. Miller raised health concerns — and he was one of the few players on the team that didn’t test positive. Despite a total of 25 players, coaches, and staff testing positive for COVID, the Canucks were expected to play 19 games in 31 days, including back-to-back games on Friday and Saturday, after just one team practice on Thursday.

“Our medical and hockey operations staff have collaborated daily with NHL, NHLPA and local health officials on the health and well-being of the team and our players’ readiness to play,” Canucks GM Jim Benning said in a team-released statement. “I would like to thank our players, our upcoming opponents, and everyone involved at the NHL and NHLPA for their input, guidance and understanding through this process. Above all else the health and safety of players, staff and families remains the priority.

“Before every player resumes training a full medical evaluation is carried out, consistent with return to play NHL COVID Protocols. As of today, certain players have passed evaluation however many are not yet cleared and extra recovery time is required. Our medical staff are confident the recovery process for those players will be aided by an additional couple of days.”

Most Canucks players are now out of COVID protocol, with just Nils Hoglander, Nate Schmidt, and Jake Virtanen left on this afternoon’s updated list. That doesn’t mean they’re in game shape though.

“I don’t really feel ready at all, if I’m being completely honest,” Miller said yesterday.

“One practice isn’t even close to near enough time to come back and perform at a high level,” Miller added. “It’s not even about not being able to perform, it’s nothing to do with hockey at this point. Brutally honestly, we’re going to need more time than this to come back and play hockey.”