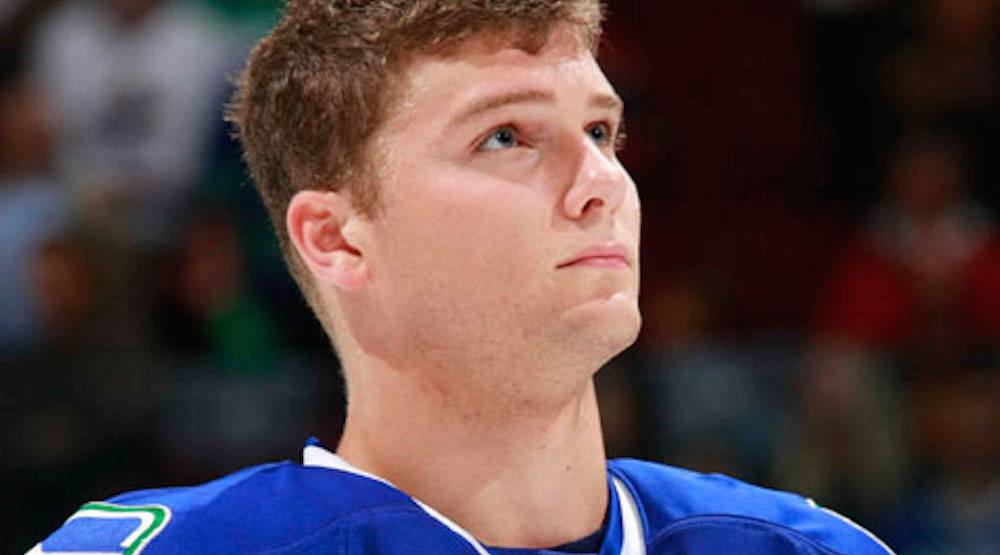 Former Canucks first round pick Cody Hodgson has retired from pro hockey at the age of 26. Hodgson will take on a role with the Nashville Predators’ youth hockey program.

The Predators announce that Cody Hodgson will assume a role with their youth hockey program.

It’s disappointing end to Hodgson’s career, which had so much promise not that long ago.

Hodgson was a 10th overall draft pick by the Canucks back in 2008. The pick looked like a stroke of genius by then-GM Mike Gillis in the years that followed.

In his first season after being drafted, Hodgson scored 92 points in 53 games and was named the CHL’s Player of the Year. He also helped Canada win gold at the World Junior Championships, leading the tournament in scoring.

It wasn’t a question of if, it was a question of when Hodgson would become a high scoring number one centre in the National Hockey League.

It took Hodgson a little longer than expected to crack the Canucks’ lineup full-time, but once he did in 2011-12, he looked like a player that would fulfill his promise.

Then came the trade.

Less than a month after being named NHL Rookie of the Month, Hodgson was traded to Buffalo for Zack Kassian. We all thought it would be a trade that would define both franchises for years to come. With all due respect to Cam Neely, Alex Stojanov, and Roberto Luongo, it’s arguably the most talked about trade in Canucks history.

Still, Hodgson looked like he had all the skill to one day make it. His play in the defensive zone was another story, but you can teach defence.

New CoHo Hats and Hoodies!! http://t.co/QZi7BTOI1U Check it out!! pic.twitter.com/oe4u5EsfPN

But as the Sabres went off the rails, so did the production from Hodgson. He was not a favourite of Sabres head coach Ted Nolan and scored just 13 points in 2014-15 before being bought-out of his contract in the offseason.

He signed a contract with Nashville before last season, but the change of scenery didn’t do him any good. He scored 8 points (3-5-8) in just 39 NHL games. After clearing waivers in January, he played in another 14 games with the Predators’ AHL affiliate in Milwaukee.

Four years ago he was a can’t-miss future star and now he’s out of the league. It’s a gentle reminder when watching the current crop of young prospects in preseason action that you never truly know what will happen with young players.