It’s official, the Vancouver Canucks have qualified for the 2015 Stanley Cup Playoffs.

The Edmonton Oilers did the improbable tonight, beating the Los Angeles Kings 4-2, thus clinching a playoff spot for the Canucks.

Stanley Cup Playoffs bound. See you when the chase for the Cup begins April 15, @VanCanucks. pic.twitter.com/bDeJ2sGuxX

Vancouver is guaranteed to finish in either 2nd or 3rd place in the Pacific Division. Their first round opponent will be either the Calgary Flames or the Los Angeles Kings.

The Canucks have two games remaining in the regular season before the playoffs will begin next week.

After Tuesday’s games, here are the updated Western Conference standings: 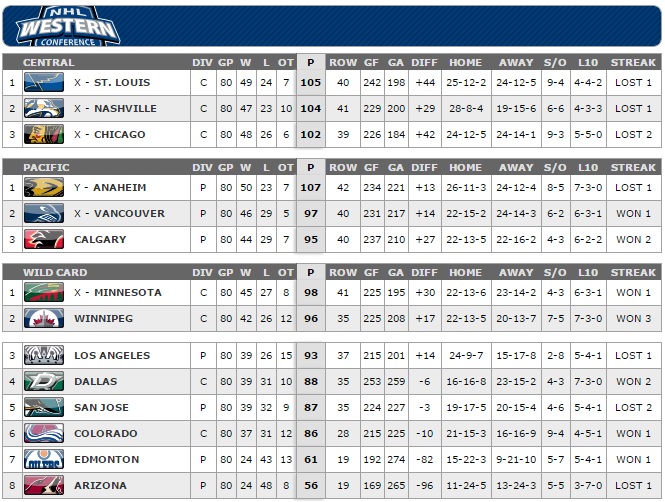 Here is the remaining schedule for the Canucks, Flames and Kings: