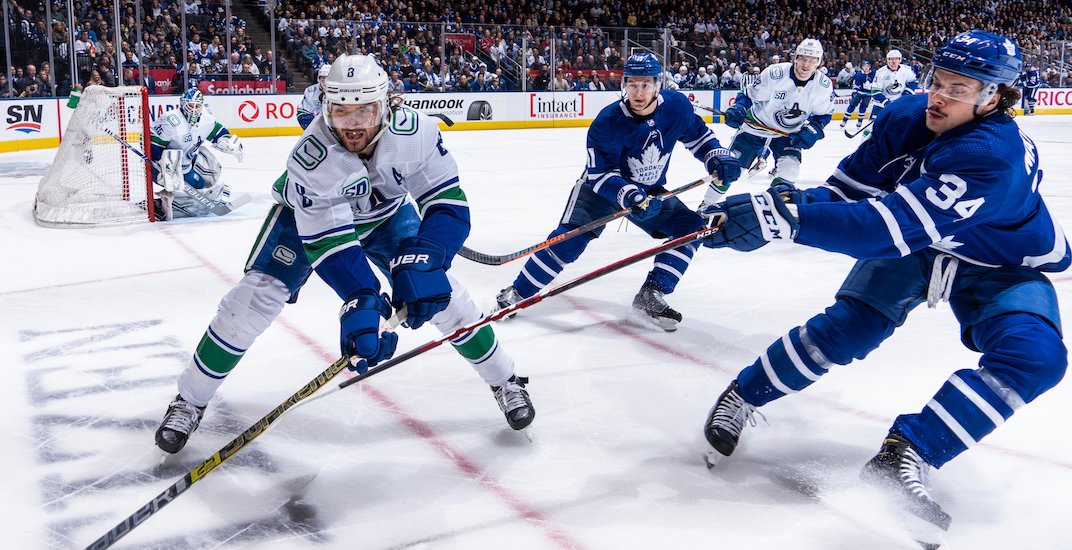 The Vancouver Canucks have provided an update on Chris Tanev’s status, after the gritty defenceman left Tuesday’s game early.

Tanev will be out “week-to-week” with a “lower body injury,” the team announced.

That’s very clearly a non-specific status update, which is to be expected at this time of the season when injuries are closely-held secrets by NHL teams. But it most certainly doesn’t sound promising for Tanev, who was enjoying the first injury-free season of his career — though he has played through a ton of pain again this season.

Tanev was injured during Tuesday’s win against the New York Islanders, following a clean bodycheck by Isles captain Anders Lee.

The 30-year-old defenceman is one of just six Canucks to appear in all 69 games played this season, playing primarily as Quinn Hughes’ defence partner. He’s just one game shy of a career-high for games played, set during the 2014-15 season.

I was told 3-5 weeks this morning but not confirmed.

The Canucks can ill-afford to miss Tanev’s presence right now, as the team has been leaking chances with increasing regularity. The team will miss Tanev at even strength, as well as on the penalty kill, where he relied upon the most.