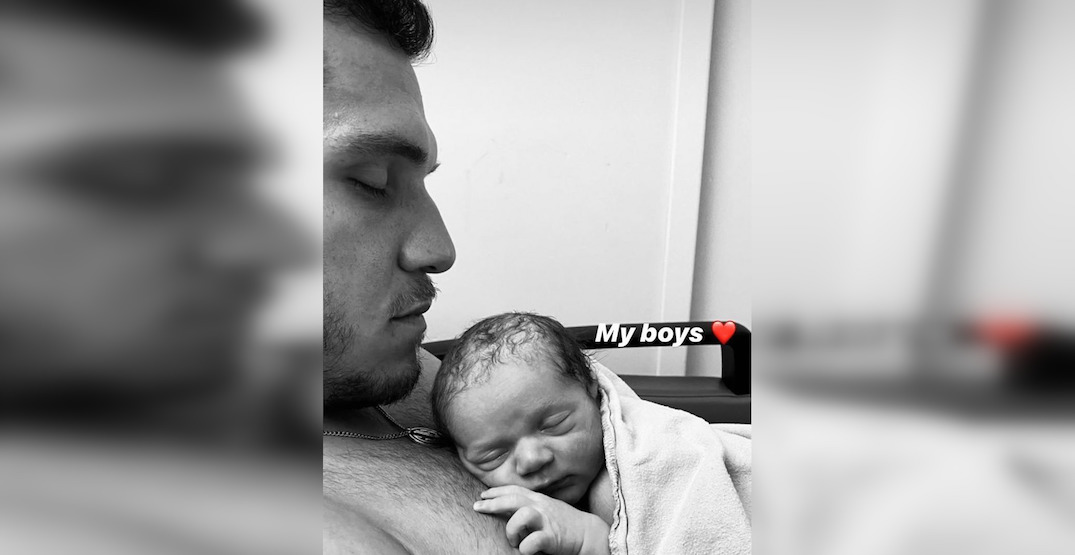 Vancouver Canucks captain Bo Horvat and his wife Holly welcomed a baby boy to the world on Sunday.

Due to arrive in July, Gunnar John Horvat didn’t want to wait that long. Both mother and baby are well, according to the Canucks, who shared a photo of the newborn.

Congrats to @BoHorvat & Holly on the birth of Gunnar John Horvat! Both mom and baby are doing great. pic.twitter.com/NgNN3vRCGl

Gunnar had impeccable timing, as his dad will have to jet back to Vancouver soon for the preparation of the NHL season restarting. Training camp is scheduled to begin next week, on July 10.

Back in May, Horvat said it “wasn’t easy” dealing with the possibility that the birth of his first child could come while he was in a bubble environment with his team, which would have certainly complicated matters.

“Hoping for the best that I’m going to be there for the birth of my first child,” Horvat said at the time.