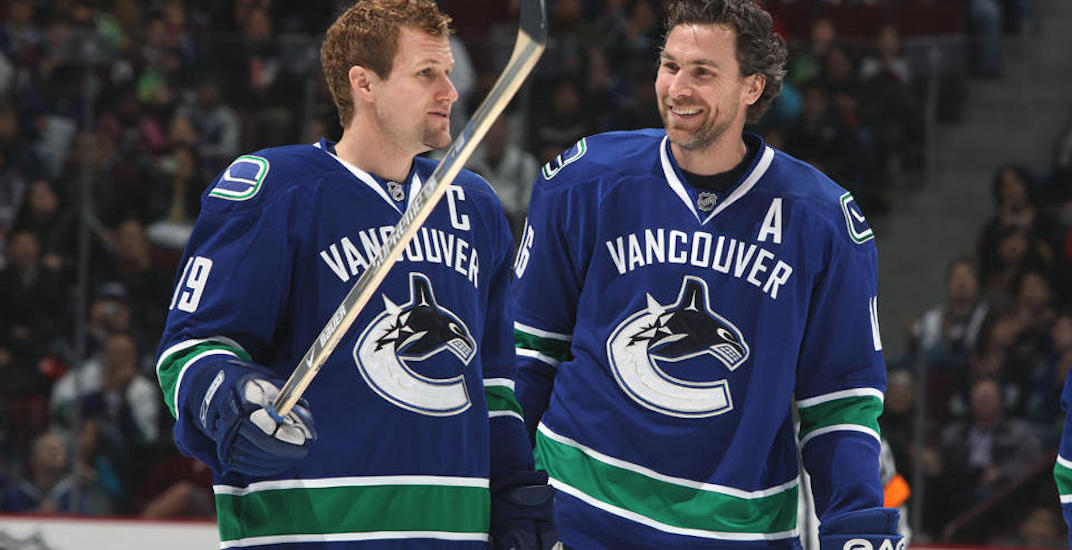 They grow up so fast.

Can you believe that the blue and green orca jersey is 10 years old already, Canucks fans?

It was 10 years ago today that the Canucks unveiled their most recent drastic uniform change. August 29, 2007 was the day that team captain Markus Naslund skated onto the ice at Rogers Arena (known then as GM Place) in front of a number of curious onlookers in a brand new blue and green Canucks uniform with Vancouver and an orca splashed across the front of the jersey.

How many of you were here @RogersArena on August 29, 2007 when the new uniforms were unveiled? pic.twitter.com/DwHF3pRDSl

It was the first time the Canucks used blue and green as their primary colours since the 1970s. It was also a move away from the jersey that this guy wore:

The Canucks have tweaked their look somewhat with the NHL’s move from Reebok to Adidas as official league jersey supplier this summer, but kept the colours and logo intact.

That was a controversial move for some fans who want the team to retire the orca, which has been loathed by some since it was introduced in 1997.

Those fans might get their wish in one form or another, as Trevor Linden confirmed last week in an interview on TSN 1040 that the Canucks will be introducing a new third jersey before the 2018-19 season. Every NHL team – including the Canucks – will wear just two jerseys  (home and away) each this upcoming season. That means you won’t be seeing the stick and rink jersey anymore.

Alternate jerseys can debut next year.