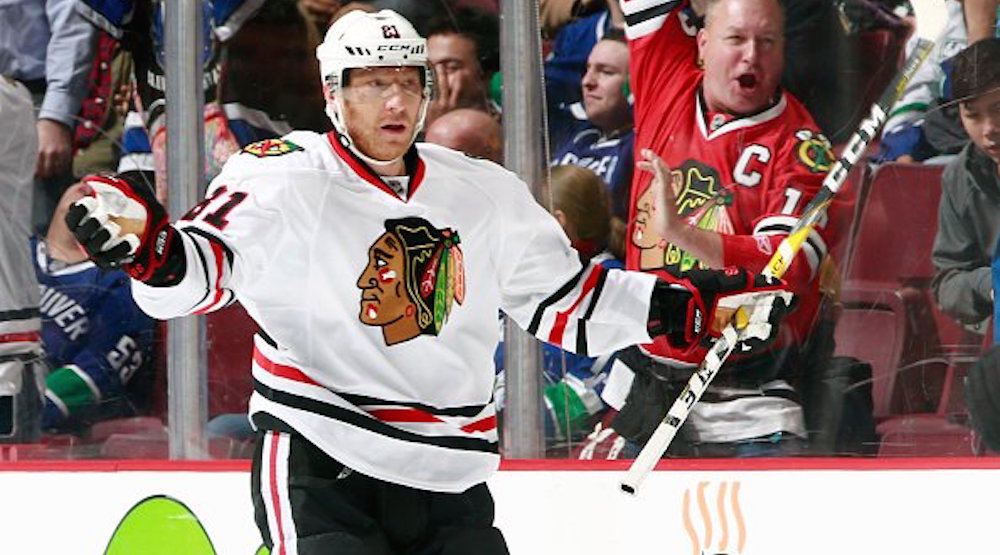 Well, that was something.

Somehow the Canucks found a way to turn a 3-0 lead into losing to Chicago 4-3 in overtime.

Yes, the Canucks lost on a goal in overtime, it was called back for being offside, then went on to lose again.

Football to the groin twice for all you Simpsons fans out there.

Don’t cry for Vancouver, for they are already dead. 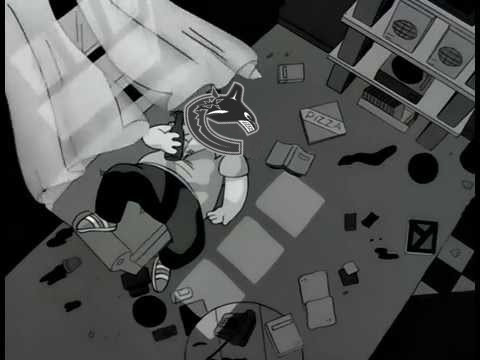 If you watched the Canucks in 2011, it actually felt eerily similar to the types of games that team would have played. Except in those days, they played the role of the winning team.

They’d look lifeless for a large chunk of the game and give up a lead to a lesser team. Then the switch would be flipped and they would power their way back to victory, most often fueled by simply having more talent than the other team.

Remember how good it felt to watch a hockey game, and laugh at the puny attempts by the other guys try and beat Vancouver?

Then Daniel would score 15 goals in the third period, Hank would literally be passing apples around the ice while he passed the puck, because he was so bored at being so good, and Luongo would dream of a future when he would be allowed to be funny on Twitter.

We used to argue about Victor Oreskovich. He was the leading cause of concern for the Canucks. Victor. Oreskovich.

Those were the days my friends.

If #Canucks were to somehow lose this, they'd be 1 point ahead of last place in the league. If they win, they're 2 points back of playoffs.

Rob the Comrade guy brings up the glorious stat that allows Trevor Linden and Jim Benning to exist in the same universe. One thinks the playoffs are within grasp, one thinks there should be a rebuild of sorts.

“We can BOTH be right!” they exclaimed while high fiving and talking about that time in the 80’s where you could get a great steak for $3. It’s like a comic book that decides to do two separate versions of characters, except neither of them are written very well and the comic costs $100 to see it read out loud live.

This is the reality we live in right now. The Canucks could win a couple of games and be right in the playoff hunt. This situation terrifies Canucks fans who think Benning might make trades based on the idea of “just get the tip in, baby!” for the playoffs.

Or the Canucks could lose a couple of games, and Trevor Linden will calmly unwrap a granola bar, tell everyone thing’s will be ok in a few years because he lived through a time like this once himself, and offer up discounted deals on Club 16 memberships.

In either situation, Coach Willie is not really that safe. He is, as we have posited here before, the meat shield, the Get Out of Jail Free card, the “blame being late on traffic” excuse that Jim Benning holds.

It’s weird to watch a coach sit in a such a precarious position. Being so close to the playoffs, technically, but the team not playing very well at all. Never knowing what might tip the scales in his favour.

When the Canucks were up 3-0 it obviously seemed like Willie had gained a precious inch in his struggle to survive. Then the Canucks blew that lead, and lost in overtime, and did not look good in the third period doing so.

Willie says he told the Canucks not to sit back in the third. Said key battles were lost at the blue line.

The Canucks were outshot 17-3 in that third period.

Willie Watch continues for another game, but tonight certainly did him no favours.

2. Stats can be a cruel mistress

#Canucks lead #Blackhawks 1-0 after first period; their first lead at the first intermission of. the. entire. season

That is a depressing stat. The feeling you get when you read that is the same as if your teacher congratulated you on your improvement in reading and that you now finally read at the level of a sixth grader. When you’re in university.

How do you even celebrate that fact during intermission? Do you chuckle and embrace it? Or do you pretend it’s not a thing? Or just break down in tears?

“Finally got a lead boys……why is life like this. I try and be a good person. I do. God damn it Edler, turn off that Swedish rap!!”

Canucks had worst PDO in the league before the game. Hawks: second-best.

Patrick got us hoping the Canucks poor luck was turning around and heading down Regression Road at the corner of Mean and 49th Street, but alas, apparently having Kane, Toews, Hossa, Keith, Seabrook, Panarin, etc etc cares not for stats some nights.

In other stats news, Skille, Gaunce, and Megna led the team in Corsi. All while having zero offensive zone starts, at 72, 66 and 65% respectively.

Despite the loss, if you remove the future from this game, like if the world ended tonight, at least it was a pretty damn entertaining game.

The overtime alone was worth the price of admission. It was bananas my friends. Straight up, red hot, bursting in your mouth, bananas.

Loui Eriksson continued to show that he can indeed score goals and isn’t committed to a lifetime of stealing money from the Canucks!

He has shown a strong willingness to go to the net and stay there, unlike David Booth who would wander to the corner and shoot a bear.

It has resulted in Loui getting a couple of goals, something the Canucks sorely need should they want to pursue Jim Benning’s vision of the future.

Alex Burrows continued to turn back the clock, as he remembered us of a time gone by, back when he used to use turnovers to slay dragons.

In this case, he didn’t kill the dragon himself, he instead calmly lobbed the sword 20 feet down the ice and let young Bo, House of Horvat, slay the evil beast.

Ok well not slay it, but he winged it pretty good.

Bo Horvat is game-in and game-out showing that he is one of the best players on this team. The only forward who got more ice time than Bo tonight? That Baton Rouge man himself, Brandon Sutter.

Speaking of the Chris Gaines Superfan, he also got a goal on the night, back when things were fun and exciting and all 3-0 like.

That attempt to kick the puck by Blackhawks d-man Kempny is downright amazing. That is an all out “LEEROOOOOOOOOY JENKINS” move right there.

Hank, who is used to burning teams for their mistakes, calmly passes it over to Sutter, who continues to show that he enjoys scoring goals.

Stecher gets his own section because not only did he play almost 22 minutes on the night, at one point in overtime he hustled back to get the puck with a Jonathan Toews hounding him. Former Selke winner and multiple Stanley Cup/gold medal/beauty pageant winner Johnny Toews.

Stecher calmly retrieved the puck, fought off Toews, and turned around and fired off a great outlet pass.

Now, this was just one play. I don’t mean to suggest Stecher is the next coming of Nick Lidstrom based off of one play.

But it’s the plays like that, that get you super excited about the kid. He thinks the game at a high level and doesn’t often seem to panic with the puck.

You can hear it in his answers, too. Anytime he’s asked a question, he breaks it down like Jack Bauer giving you vital details about a terrorist plot against the President. He explains all of his actions with precision.

“I came in at that angle and hustled so he’d think I was committing too much, then I measured the air speed and realized if I turned 40 degrees to the left, I could get in at just the right angle to lift his stick.”

He always seems like he’s thinking, which is a great trait to have. This is how 5-foot-8 d-men can ignore height.

Hey, where are you going-

This is Chicago, playing NHL 17 with the Canucks.

“Look, he even one timers the puck from his knees, that’s soooo cool!”

“My defence didn’t whack the puck out of the air, this is so stupid.”

This is also Chicago playing NHL 17 with the Canucks.

“What’s the button for the toe drag?”

“WHY DIDN’T MY GOALIE COVER THAT PUCK, THIS IS SO STUPID.”

Also, take another shot for “random player on Chicago who can dance around people.” on your drinking game BINGO.

“That’s so stupid, it’s in Vancouver and the fans all jumped up when Chicago scored. NHL 17 sucks.”

And yes, that is Edler falling down to start the play. It looks like he’s trying to block the Hawk out but then falls down when the Chicago player spins him with the ol’ shake and bake.

Remember the movie The Air Up There? With Kevin Bacon?

today's blackhawks fans have enjoyed literally every success and can still be enraged over two periods of mediocre hockey, it's impressive

You always want to think that should the Canucks win the Cup, there will be a moratorium on complaining about the team.

At least make it five years before you complain about your multiple Cup winning team that has multiple future Hall-of-Famers on it.

I posted this because Burrows looked like he was flying.

To me it looks like Seabrook edged him out with a knee and Burrows tried to make it look good. Solid non-call.

Vancouver #Canucks: Living On A Prayer since 2015.

Vancouver DJ with the best sense of humour on the night, busting out Livin’ on a Prayer late in the game.