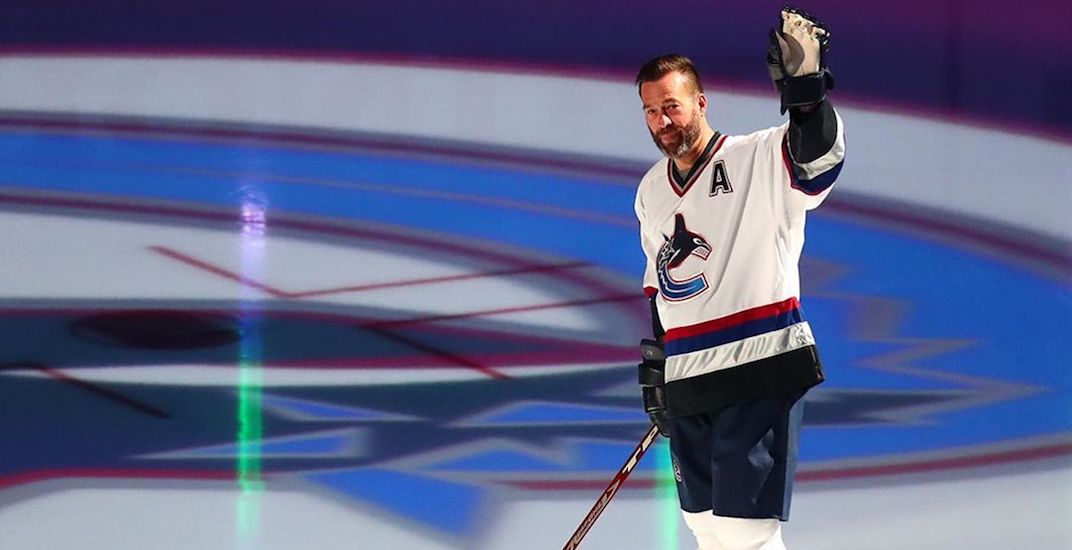 Todd Bertuzzi is hoping for “normality” and “peaceful times,” and that’s why the Canucks legend is hoping that… Donald Trump wins today’s US presidential election.

In a recent Ipsos poll, 78% of Canadians disagreed that Trump would be a “good thing” for Canada. Bertuzzi was born and raised in Sudbury, Ontario, but like Bobby Orr, he’s a Canadian for Trump.

The 45-year-old former NHL star now lives in a suburb of Detroit, in Michigan — an important swing state in this election. During his weekly hit on Sportsnet 650 this morning, Bertuzzi shared his perspective as a green card holder that has spent 20 years of his life in the United States.

“I’ve never seen anything like this. At some points in time, a little bit terrifying, they’re boarding up stores and all this kind of stuff,” Bertuzzi told hosts James Cybulski and Perry Solkowski.

“It’s a huge time in the world right now. This election has to do with a lot of things, and racism, and obviously who they’re going to put in there to help us get to the next level, which we need. The US is in a difficult time right now and hopefully people get out there and vote and we put the right person in place.”

Bertuzzi said he plans on getting his US citizenship in the next couple of years, but suggested he might leave the country if the wrong person gets voted in.

“Here in Michigan… you have a giant divide between the Biden and the Trump people. I live out in Lake Orion now, on the lake, it is very much a Trump lake, which I’m a supporter of. I don’t get into discussing politics and all that, but that’s who I would like to see in place.”

Before the end of the interview, Cybulski joked that he’d have to “throw down” with Bertuzzi if he finds out the former Canuck has a MAGA hat.

“I’ll send you the picture in five minutes,” was Bertuzzi’s response. “If I don’t like who gets in, there’s a good chance I’ll be moving out to Vancouver with you guys,” he added.

“The US and the world’s in a really weird place right now. I just hope that when this settles down and we put the right guy in place that we find some kind of normality in this world.”

Well, at least we can all agree on that.