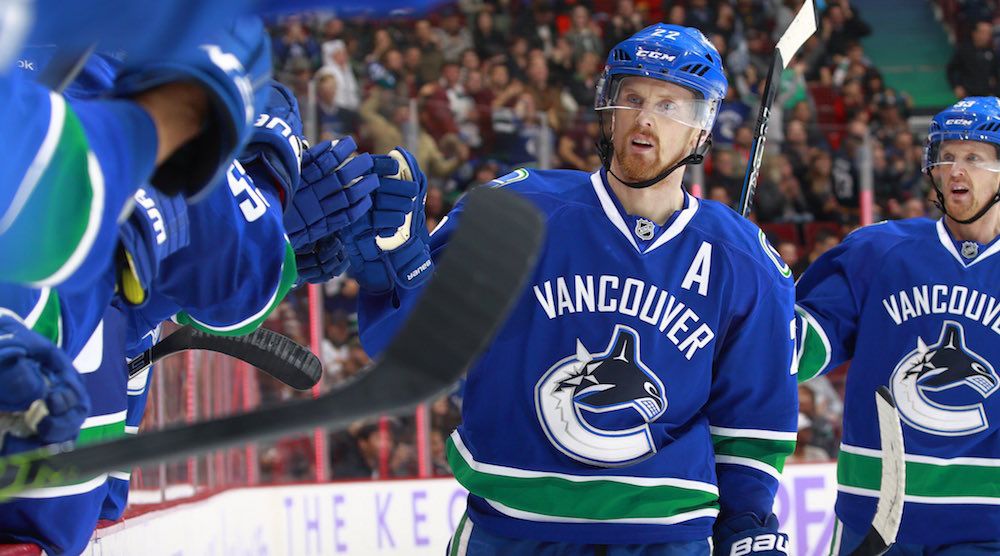 Vancouver won their fourth straight game Monday with a 3-2 win over Colorado.

It was not pretty, unless you think naked mole rats are pretty… if you do, maybe it was.

Tony Gallagher on Avalanche on the pre-game show:

“How bad do you have to be to be 12 points behind the Canucks? It’s mind-boggling ineptitude.”

Here are a couple of tweets to set the stage for how the game went.

I bought somebody tickets to this Canucks Avs game for Christmas because I hate them.

Canucks-Avalanche: Which team wants it less?

Sadder than all that – the Canucks had trouble beating Colorado. Vancouver didn’t score their winning goal until the 16th minute of the third period, Colorado’s power play looked more dangerous than Vancouver’s all night, and Vancouver almost gave away lead in the last minute.

But they’ve won four straight and they’re one point out of the playoffs… so that’s a good start to the new year.

Another great way to start a new year – resolutions.

1. Use balance where it makes sense

Edler, Tanev, Hutton – each anchor their own duo now.

Balance at the back end – where a pair of inept players results in goals against – is smart. It’s essential too.

Really, you have to wonder where it was when the Sbisa-Bieksa pairing was being dominated by Calgary in the 2015 playoffs.

Up front, though, balance neutralizes scoring.

Since Willie took over behind the bench, balanced lines have been a fixture, as has been playing defensive players over ones that can score.

That line of thinking should’ve gone extinct when Vancouver lost that series to a far inferior Calgary team in 2015 because the Sedins were playing 16m a game.

It hasn’t. It continues.

Eriksson’s defensive linemates, the Sedins being forced to work with players like Sutter and Megna – these are offence-numbing moves.

They hurt the team’s chances to score.

Here’s an example of how Megna’s taking too long to figure out where to go with the twins.

He’s in the slot, waiting for the pass while they don’t have possession. That’s where their linemate has to forecheck and help the cycle.

Here’s Megna on the breakout.

And that’s why Megna’s not helping the breakout much.

The Canucks “top line” was it’s worst line in terms of shot attempt differential against the Avs. That, combined with this from Jeremy Davis begs the question why it’s even together anymore.

#Canucks twitter: You could not possibly find a less effective linemate for the twins than Brandon Sutter.

Eriksson, Rodin – those would be the first two to put in that slot. If they don’t work, Skille has potential.

In 2017, we hope the Canucks resolve to stack the skill on their forward lines and emphasize scoring again.

During the second intermission, Sportsnet’s panel discussed whether Horvat should be playing more.

Now, I’m not calling out Sportsnet for bringing it up – as long as he plays significantly less minutes than both Brandon Sutter and Henrik Sedin on many nights, they have to talk about it.

Thing is, it shouldn’t be a discussion. If it is a discussion, or something up for debate for you, hockey’s not your sport.

Against the Avs, Horvat led Vancouver in ice time, which hasn’t happened much this season. The result?

He scored. Give him ice time, he helps win games.

Let’s start by saying the Canucks power play looked better than it has in a while against Colorado.

Was that because it was facing the worst team in the NHL who has the fifth-worst penalty killing in the league? Yes, it probably was.

Still, you have to give them credit for getting it done. Here’s Baertschi’s power play goal that turned out to be the game winner.

Baertschi also scored his first goal of the game right after a Vancouver power play had expired.

Officially, Vancouver’s power play went 1-for-4 and had 8 shots on net, but that power play Baertschi scored right after was one of their best looking man advantages in months.

The Sedins looked driven and determined to score. They stayed out for the entire two minutes and eventually were rewarded.

Still, it’s not out of the dark.

For the new year, we hope Vancouver resolves to make its power play more potent. Step one: remove Brandon Sutter from that first unit.

4. Play their other goalie

He hasn’t been a problem, and on several nights, he’s been incredible.

Problem is, his contract expires this year, he’s 36, yet when both he and Markstrom are healthy, he gets the vast majority of the starts.

You can already see where this is going: if Markstrom doesn’t start more, management will say they don’t know if he’s ready to be the starter come the off-season… and they’ll either have to re-sign Miller or find another veteran goalie to spend money on.

So this resolution is completely obvious and there’s plenty of time to make it happen: start Markstrom more.

Loui Eriksson and Markus Granlund are Willie/Benning style players – good “two-way” players who are “responsible in their own end”.

So this was a bit surprising.

And here’s Eriksson nearly facilitating a buzzer-beating game-tying goal for the Avs.

So here’s an easy resolution: look up before you make the pass!

@omarcanuck to give Bo Horvat the ice time he deserves.

Agreed. We covered that one already.

@omarcanuck to trade Ryan Miller at or before the deadline

Makes sense – if you can find a trading partner and get an asset it makes no sense to hang on to him like they did with Hamhuis, Vrbata and Matthias.

Similar to moving Miller – if you accept the Canucks are not contenders now, and you’d like to move towards building one, none of these players should be off limits, despite the fact it could hurt this year’s playoff chances/run.

Good thought, but do we really have to wait until magic occurs or Hansen heals for them to have a linemate? As soon as Burrows returns, it should be him. Until then, Eriksson or Rodin.

@omarcanuck Bring Virtanen back up. Megna and Skille are better options? Really?

This is the only one I’ll disagree with. Megna and Skille are not better options in the long run, but rushing a prospect who’s not ready can destroy him. Virtanen’s getting clear direction from Travis Green, he’s getting in shape and he’s playing better in Utica.

Cutting that short will only cost the Canucks.

First, Rodin was supposed to be scratched. With Burrows injured, he got his first NHL assist on Horvat’s goal.

He also played just 10:12 in the game and this is probably something to watch.

@omarcanuck @patersonjeff was sitting near the Canucks bench. Rodin grimaced a few times coming off the ice.

On a funner note, let’s hope 2017 brings more gifs like this from Ryan.

Note: Thanks to Ryan Biech for committing to gif even harder in 2017