Much has been made about the Canucks recent play against some of the bottom feeding teams in the NHL. The joke of “well in the playoffs at least they won’t have to face Buffalo/Arizona/New Jersey” is how we’ve dealt with it, using laughter to hide our uncontrollable shaking fear of losing to a team made up of Emilio Estevez and a rag tag group of kids from various backgrounds.

The Canucks have beaten some good teams, and they have lost to some bad teams, making them a hard team to get a gauge on. It’s the kind of play that can drive a fanbase crazy because on one hand you see your team shut down Chicago, then you turn around and some 20-year-old Austrian born Slovak kid named Marko Dano is blitzing your team, and you have no idea what the hell just happened.

This kind of inconsistency is the hallmark of an average team.

This isn’t a bad thing, mind you. Entering this season, the Canucks were coming off of one of their worst statistical years ever. The Year of the Eternal Sadness. The Year of Darkness. The Year of Torts. The fact the Canucks are fighting for a playoff spot in the middle of March is something many Canucks fans would have gladly agreed to at the start of the year if it had been offered (and donuts. Donuts would have been accepted too).

It’s just such a far cry from the 2011 team that sometimes it’s hard to make that adjustment to watching an average team. Now, this isn’t meant to be one of those sad tales of “the team that was”, it’s merely being used as a reference point. Forget how the 2011 playoffs went, the 2011 season was something magical to behold. That was the season the Canucks consistently put other teams away and looked strong in almost every facet of the game (minus the fourth line, which was headlined by the offensive black hole known as Tanner Glass).

The 2015 Canucks are far removed from the glory days, however, and on a lot of nights it shows.

Defensive pairings that scare the living hell out of you? Double check.

Full credit has to be given to the Canucks for getting to where they are in the standings. The saying goes all teams get injuries, but the Canucks have done a solid job of dealing with a depleted defensive corps for large chunks of the season. Factor in that the Canucks defensive core even when fully healthy is far from intimidating to begin with, and it becomes even more impressive.

It’s just hard to watch sometimes. You wonder why one night Luca Sbisa can play a solid game, then the next night he’s making drop passes between his legs in his own zone to the other team. You wonder why Nick Bonino can bust out moves like he’s in a video game, spinning around, picking corners, then disappear for months at a time. You wonder why Linden Vey still has a job.

But that is the life of an average team. One night everything looks great. That playoff run that seemed so foolish just a week ago suddenly seems like a real possibility. Until the next loss to an awful team, then it’s hard not to wonder what is wrong with the team, as you try and figure out what is rotting it from the inside out (Sbisa? Sbisa.)

If you’re an optimist, hang your hat on the play of the young kids on the team, and in the Canucks system. Horvat is miles ahead of where many thought he would be. Hold onto the fact that anything can happen in the playoffs. Put your hopes in the hands of the new management and try and enjoy the rest of the season. Canucks Nation knows all too well that injuries can derail even the best of teams, so maybe the team gets lucky and Shea Weber collides with Pekka Rinne and they miss rest of the season. Lucky Cup runs are not new to Vancouver.

Are there several legitimate concerns about the team looking forward (defensive depth and top end talent depth)? You bet there are. Is it concerning that Willie D apparently loves all things Tiger related? Of course it is. At this point in the season, however, just enjoy the ride. The Canucks are playing in meaningful games in March, and it’s exciting to watch (when they aren’t tanking to Columbus). “Stanley Cup or die” is a mentality we can all fall victim to, but don’t be afraid to sit back and enjoy a game or two here and there.

The Cauncks have an average team this year, and that ain’t so bad.

After all, it could be worse. 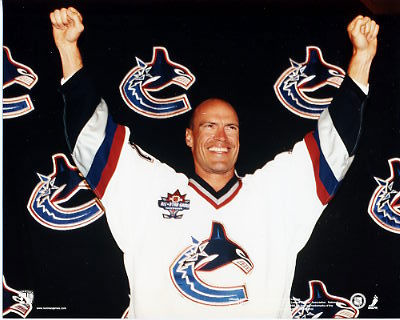