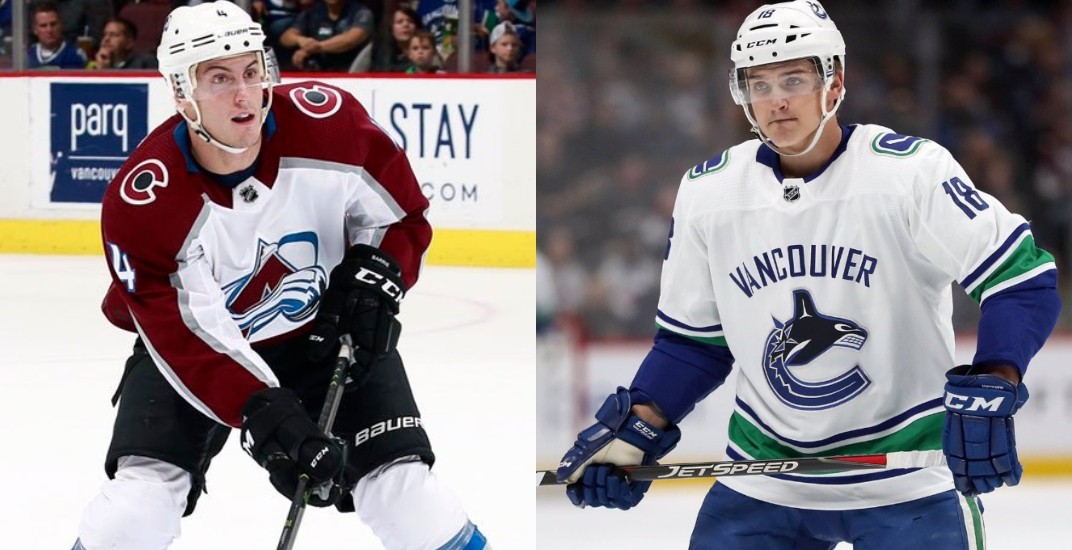 With the NHL Draft now just hours away, rumours are running rampant.

The latest one comes from longtime Colorado Avalanche writer Adrian Dater, who is reporting that he’s heard trade “chatter” concerning the Vancouver Canucks.

The Canucks, Dater says, are offering Jake Virtanen and a 2020 first-round pick to the Avalanche in exchange for defenceman Tyson Barrie.

TSN’s Darren Dreger has also linked the Canucks and Barrie, though there’s no shortage of teams that would be interested in the Victoria, BC native.

Dreger – Teams have been talking with the Avalanche and kicking the tires on Tyson Barrie and Carl Soderberg. Vancouver and Arizona have been in the mix there. There's other activity surrounding the Canucks as well as the Rangers. Things should get interesting tonight. #NHLDraft

Barrie, 27, would be a great fit for the Canucks. A right-shot, offensive defenceman, Barrie put up a career-high 59 points last season and has averaged 51 points per year the last five seasons.

The Avs have an embarrassment of riches on the back end, with Samuel Girard and Cale Makar already in the fold. Barrie has one year left on his contract, which carries a $5.5 million cap hit, before he’s scheduled to become an unrestricted free agent next summer.

For the Canucks, giving up Jake Virtanen, who turns 23 this summer, is one thing. Losing a first-round pick is another.

Even with Barrie, the Canucks are far from a guarantee to make the playoffs next season, so giving up a potential lottery pick could blow up in their face. Just ask the Ottawa Senators about that possibility.

The draft is traditionally the annual kickoff for blockbuster deals, and given the situation Canucks GM Jim Benning finds himself in (he’s entering the last year of his contract), he’s expected to be active.

We’ll see if the Canucks make a splash at the draft they’re hosting at Rogers Arena tonight (5 pm PT on Sportsnet).