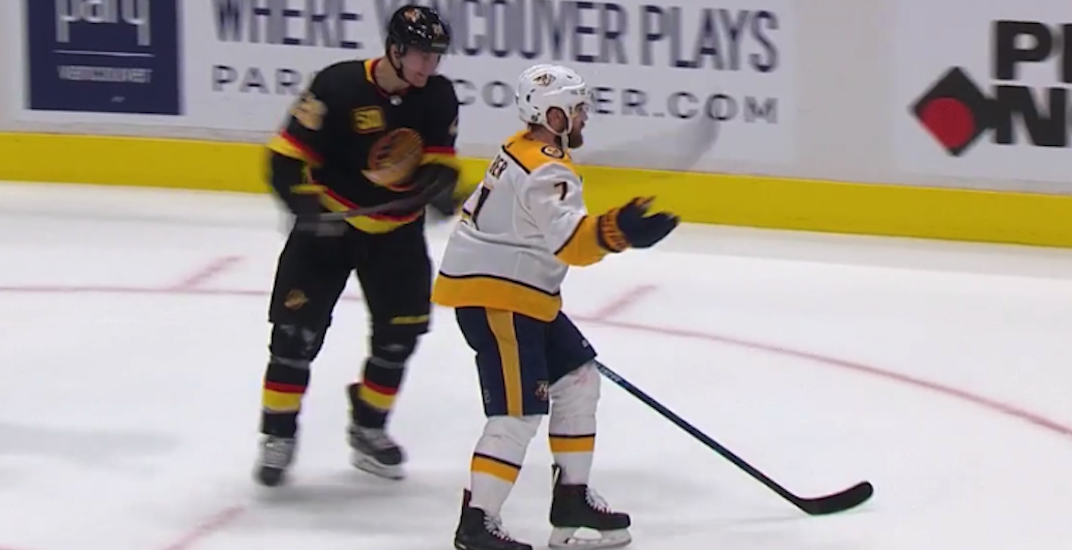 The incident occurred late in Monday night’s 6-2 Canucks win, with Roussel receiving minor penalties for slashing and cross-checking, plus a 10-minute misconduct for hilariously tossing Jared Tinordi’s stick into the crowd.

Roussel was retaliating to a cross-check from Weber seconds earlier, delivering a cross-check of his own to Weber’s back, a slash to his leg, and a punch that glanced off the former Canucks defenceman’s helmet.

Tinordi stepped in and grappled with Roussel momentarily, before the feisty Canucks winger grabbed Tinordi’s stick and flipped it into the crowd. The stick was caught by a Canucks fan, who proceeded to down his beer live on the Sportsnet broadcast.