With Vancouver’s six-game first-round playoff exit on Saturday, the players were made available to the media Monday.

Many had interesting things to say on their 2014-2015 seasons and how they see the team moving forward. 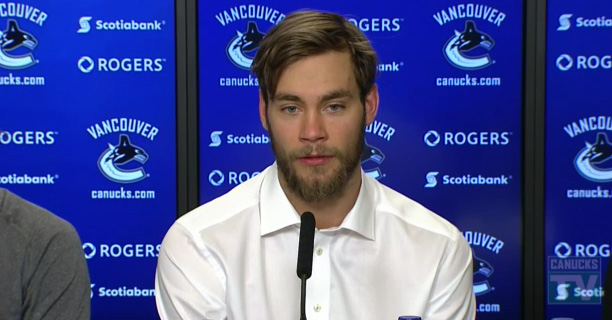 Eddie Lack, who proved he’s ready to be a starter in the NHL after replacing the injured Ryan Miller in February, was asked if he’d come back to Vancouver wanting to play more next year.

“Yeah. I feel like I proved I can play a lot of games in a short amount of time… Obviously I want to play. Everyone always wants to play, though.”

Lack was pushed on if he’d mind sharing the net with Miller.

“This is where I always picture myself playing in the NHL… I definitely want to stay… If they want me here, I’ll stay.”

Lack went on, saying he’s a team guy and he’ll play whenever he’s asked to – either way he’ll always be there for his teammates.

Miller was also asked about how he’d handle more of an even split with Lack.

“I think Eddie did a great job. He’s a quality goaltender. We talked about that coming in – that we needed to support each other and to cheer for each other… I found it easy with him, he has a genuine smile.”

One more on Lack. Chris Tanev chimed in on the goalie’s popularity.

“I don’t know why Eddie is loved by the fans so much. Twitter I guess? Something I don’t have but he definitely uses.” 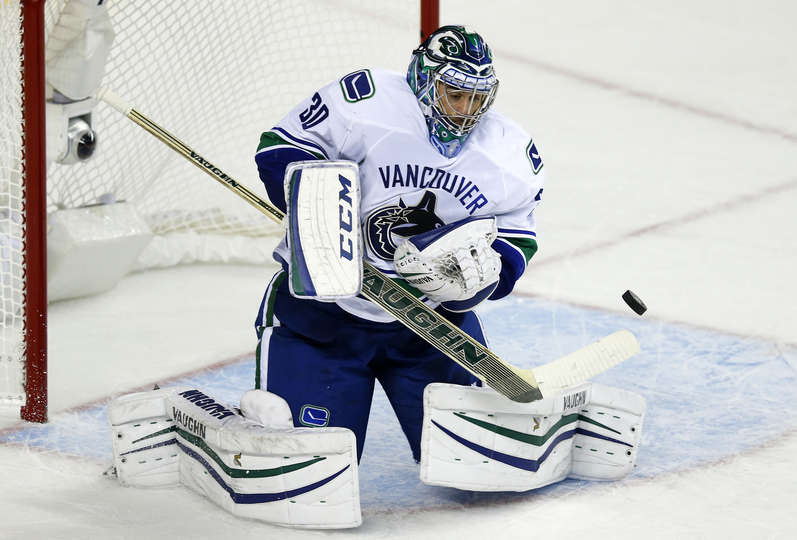 Ryan Miller, who looked slow in Game 6, spoke about where he’s at in his rehab process:

“I need to rehab a little bit. I need to get the muscles surrounding that area back to being as quickfiring as they were before.”

So Miller – Vancouver’s goalie – playing the position that requires more reflexes than any other, didn’t feel his muscles were firing all that quickly…

This might explain that lateral movement problem during that critical game.

The Sedins did ask to play more

After playing around 16 minutes in the first three games of the playoffs, the Sedins ice time was a major talking point.

Henrik Sedin admitted he and Daniel lobbied for more playing time during the playoffs.

“We talked about wanting to play more but that’s the way we’d been winning all year, so you can’t really talk too much about that.”

Heading into the off season, Henrik was asked about the core and if he thinks it can win.

“We have no plans of getting any worse… with the young guys coming up, it looks good for this organization.”

“It’s the first time since we’ve come in that we’ve been excited about the young guys and the prospects.”

“Getting younger doesn’t mean you won’t have a chance to win the Stanley Cup.”

That’s as likely to happen as the Sedins getting traded, though.

Sbisa knows nothing of pizza 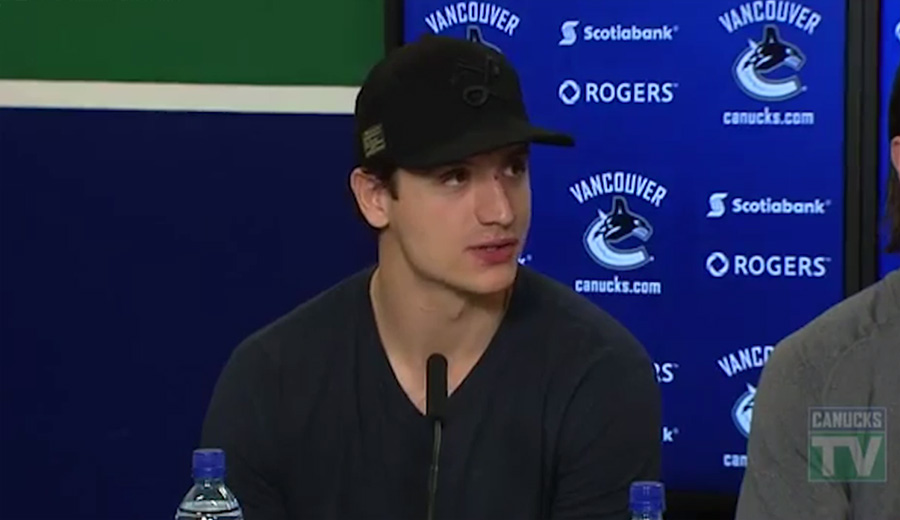 Jeff Paterson asked Luca Sbisa if he had any idea about how his pizza comment took on a life of its own online (after a pre-season game against Edmonton, Sbisa called his giveaway a “pizza”).

Sbisa said he doesn’t read what the media says about him and has no idea about it.

“The Pizza thing, I don’t know, you guys tell me how big it is…

Looked like Sbisa at least has an idea of how fans perceive his game, though. Asked where he thinks he needs to improve:

“I think consistency. Don’t have a great game and then a bad game. Be solid every night… I don’t think I’m great at anything, I don’t think I’m terrible at anything. Obviously there’s so many things I need to improve on. I just think mentally, especially playing in this market, it was tough at times.”

That answer alone tells you how low Sbisa’s confidence is.

We won’t know how good Sbisa is until he starts believing in himself – something that probably won’t happen as long as he’s playing with another guy who’s not performing at the top of his game (Bieksa).

With half of Vancouver wanting the core broken up and traded, Tony Gallagher asked both Dan Hamhuis and Kevin Bieksa how they’d react if asked to waive their no-trade clauses.

“That’s not something I’ve ever really thought of. I’m not really prepared to give an answer on that. That’s something I’ll think about if that were to happen, but probably more something to talk with Jim (Benning) about.”

While Bieksa was more offended:

“I’ve never had to cross that bridge before – haven’t heard it brought up by anybody in the organization. I know you guys are poking around. That’s your job, but it’s not something I even really need to respond to…”

“Never been asked. My loyalty’s always been to this organization.”

Bieksa was also asked about if the core of this team can win.

“What’s the winning formula? Until you win the Cup, who knows what it is. All I know is this core gives us a good chance to win every single year. There’s a lot of good people on this team and on this core.”

Asked if they’ll be joining team Canada for the world championships, Bieksa said he hasn’t had any contact with the team – meaning he hasn’t been asked – and Hamhuis said he’ll be playing.

One of the biggest recurring questions about the Canucks in the past month and a half was about the status of Zack Kassian.

Kassian explained he hurt his back in a scrum with Toronto’s Dion Phaneuf. He said since the injury he tried skating and tweaked it “a couple times.”

Still, he wasn’t ready to concede his season.

“I came to the rink rehabbing every day…thinking if we made it to the second round I could play.”

No wonder he snapped on Twitter when Satiar Shah (from TSN 1040) suggested he needed surgery to repair the injury.

Canucks fans lived through anxious moments as Alex Burrows was taken from the Saddledome in an ambulance prior to Game 4.

Burrows said Monday he has a fractured and displaced rib and the injury occurred just after his fight with Kris Russell. The rib cracked when the linesman was on his back.

“It was probably the most pain I’ve felt in a while when it happened… moving around was really complicated, really painful.”

Which explains the need for the ambulance.

Brad Richardson missed a significant portion of the Canucks games down the stretch. Turns out he was playing through ankle fracture and ligament damage even after he returned.

He will have surgery next week, but expects it to be nothing major, just an arthroscopic “clean up” of the area.

Is Matthias done in Vancouver?

Since the signings of Derek Dorsett and Luca Sbisa, many wonder if the Canucks will have any cap room left to sign Shawn Matthias, whose contract is up this year.

And on potentially going onto the market as a free agent.

“This is overwhelming for me, to be honest. I don’t know what to tell you… If I go to July 1, I’m going to do what’s best for myself. I’m not too stressed over it. I’m going to go home, have a beer and relax.”

Considering we were supposed to be ramping up to watch Game 7 tonight, I think Matthias has the best plan.