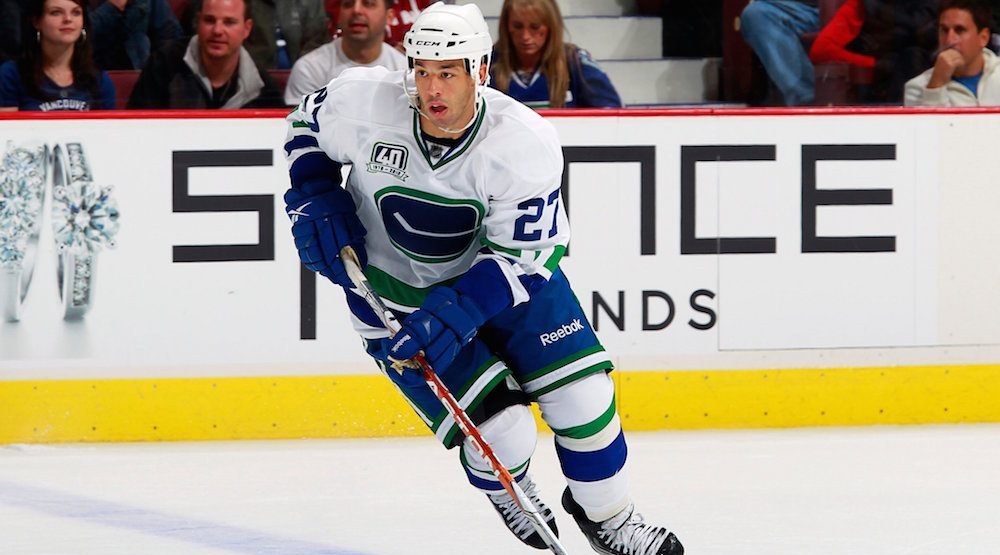 A pair of former players have been promoted, while a former assistant coach rejoins the organization, as the Canucks announced their coaching staff on Wednesday.

New Canucks head coach Travis Green will be joined by Doug Jarvis, the lone assistant coach holdover from the previous staff, while Newell Brown, Nolan Baumgartner, and Manny Malhotra have also been added as assistants.

Dan Cloutier (goaltending), Glenn Carnegie (skills), and Ben Cooper (video) will also remain with the club in supporting roles. Carnegie’s role will be expanded to also include working with the team’s prospects.

For Brown and Baumgartner, this is a return to a city they know well.

Brown served as Alain Vigneault’s assistant from 2010 to 2013. Working with the team’s forwards, he will also be entrusted with the power play, something he did back in the heyday of the franchise. Under Brown’s leadership, the Canucks had the most potent power play in the NHL in 2010-11.

Brown brings a ton of experience, having been an NHL assistant coach for 20 years.

Baumgartner will be the coach the defencemen and will also be in charge of the penalty kill, the team announced. Primarily an AHL player during his playing career, Baumgartner was with the Canucks organization from 2002 to 2006, and again from 2008 to 2012. The former blueliner been an assistant coach with the Canucks’ AHL affiliate (first in Chicago, then Utica) since 2012 and coached with Green for the past four seasons.

“We are excited to add Newell and Nolan as assistant coaches for the upcoming season and to welcome them and their families back to Vancouver,” Green said. “They both possess a familiarity with our staff and we are confident they will be a great fit and complement our returning coaches.”

Malhotra rejoined the Canucks organization last year as a development coach. He played 991 games during his NHL career, including 159 with the Canucks.

“We are also pleased to announce expanded roles and responsibilities for both Glenn and Manny. We feel fortunate to have this group assembled, that also includes Doug, Dan and Ben, as they each play an integral part in further developing our young team.”