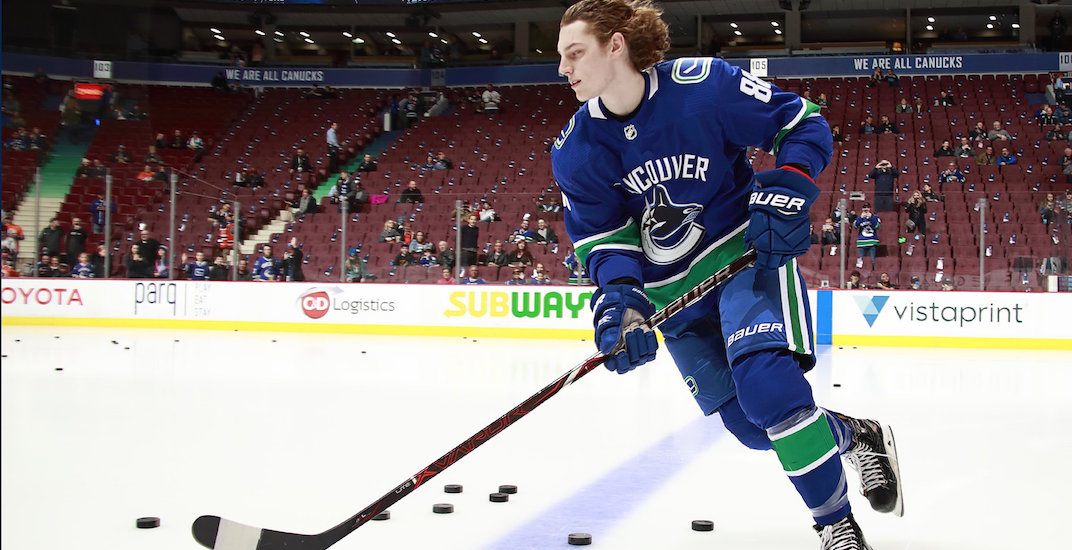 The #Canucks have a Hobey Baker Award winner on the roster!

Adam Gaudette has been named the 2018 winner of the Hobey Baker Award, given annually to the best player in NCAA hockey.

Gaudette made his NHL debut with the Canucks on March 29, after three seasons at Northeastern University. He improved each year, scoring 60 points in 38 games for the Huskies this season.

“We’re very proud of Adam,” said Northeastern head coach Jim Madigan. “He has been one of the top players in the NCAA for the last two seasons, which is a testament to the level of work that he puts into his game daily both on and off the ice. It was a privilege to have him as a member of our team for the last three seasons. His work ethic and determination have certainly rubbed off on his teammates, which will positively impact our program well into the future.”

Gaudette was the first Canucks draft pick to be nominated for the Hobey Baker since Thatcher Demko in 2016 and he’s the first to ever win it.

“Adam has had a remarkable season and college career playing at Northeastern,” said Canucks GM Jim Benning. “He’s a very talented player and has shown an ability to score, make plays and contribute in all situations at the collegiate level. We’re excited to have him join our team and continue his development as a professional.”

Gaudette hasn’t registered a point for the Canucks yet, though the 2015 fifth-rounder hasn’t looked out of place, skating at centre on the team’s fourth line.

The best in @collegehockey from start to finish. Congratulations to @HobeyBakerAward winner Adam Gaudette!#Ho8ey | #HowlinHuskies pic.twitter.com/2YKMnMwLW1