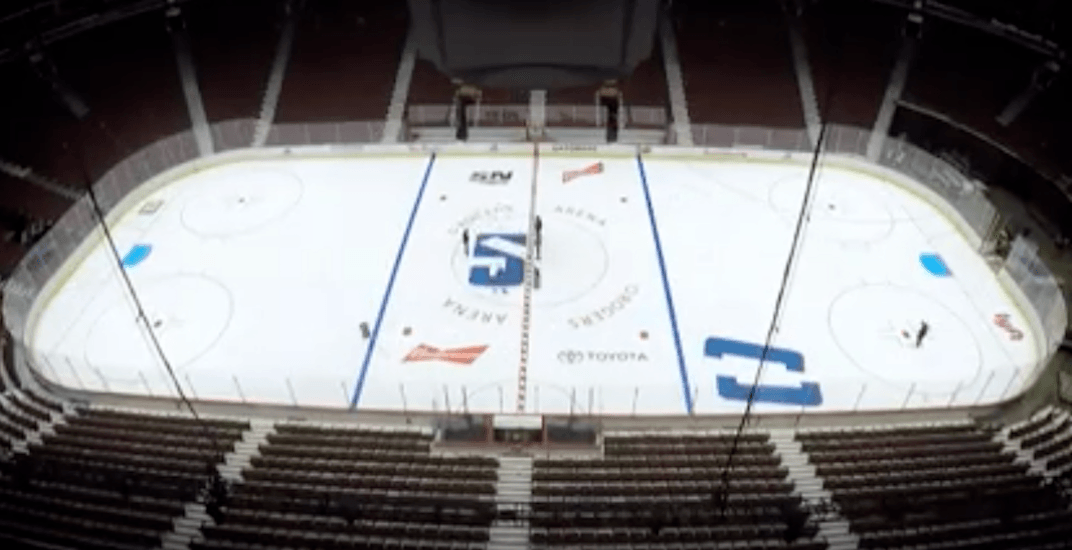 The ice is in at Rogers Arena, as the Vancouver Canucks prepare for another season.

Prospects will be on the ice in just over three weeks, with the first preseason game just over a month away.

There will be a new logo at centre ice next season, as the Canucks revealed in a compelling time-lapsed video posted to social media. In honour of the team’s 50th anniversary celebration, the orca will be removed in 2019-20.

Relax, orca haters, the logo on their jersey isn’t changing, but the one on the ice is.

The Canucks’ 50th anniversary logo, which features a subtle nod to the original stick-in-rink logo, will be displayed at centre ice next season.