For almost two weeks, three locations around downtown Vancouver have played host to CANTASTIC, an incredible display of Canstruction – the creation of sculptures from thousands and thousands of cans of food.

Running until Friday, May 8, the public is welcome to witness the creations at the Four Seasons Hotel, Pendulum Art Gallery and the Rotunda at Pacific Centre.

George Kallas from MET Fine Printers originally started the initiative 13 years ago after he caught Canstruction taking place in New York. Kallas knew that people in B.C. are both giving and creative, so he brought the project to our lovely city.

Canstruction is creative, gives to the community, is open to the public and promotes team building. Approximately 19 to 20 teams have participated in the event and spent the past several months planning their pieces. Every corporate team buys their own food to build the sculptures, focusing on high protein food items. 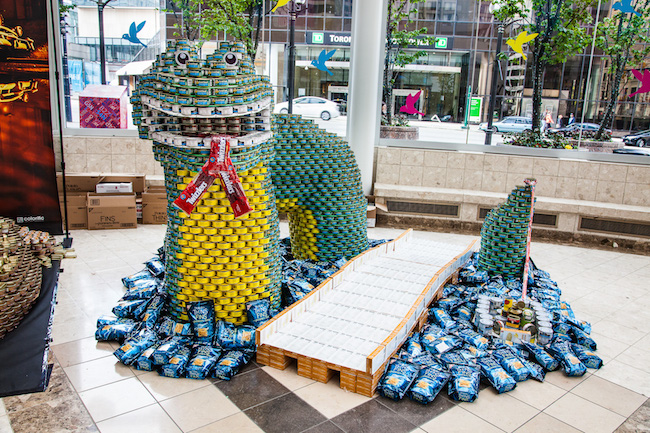 Aart Schuurman Hess from the Greater Vancouver Food Bank noted that the high protein canned foods are highly wanted since they are nutritious and inexpensive, and can be used with simple ingredients. Hess loves Canstruction because it involves lots of creative ideas and provides the underprivileged with food when others aren’t generally thinking of donating. 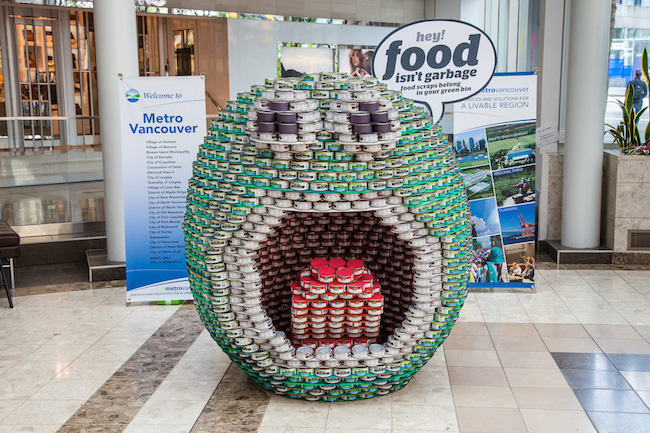 Canstruction is an annual design and build competitions that takes place in over 160 cities around the world. Teams of architects, engineers, designers and schools get together to CANstruct fantastic, giant sized sculptures made entirely out of canned food. After the structures are built and voted on, the winners are declared and go on display to the general public as giant art exhibits.

At the close of the competition here in Vancouver, 100 per cent of the food used is donated to the Greater Vancouver Food Bank for distribution to community emergency feeding programs.

Since its humble beginning in 2002, Canstruction Vancouver has raised over 1,318,000 cans of food, 100 per cent of which is donated to those in need. The competition remains the largest contributor to the Food Bank.

To get more information about or donate to the Greater Vancouver Food Bank, visit www.foodbank.bc.ca.

Visit Canstruction’s Facebook Page to vote for your favourite sculpture. Voting is open until May 8.