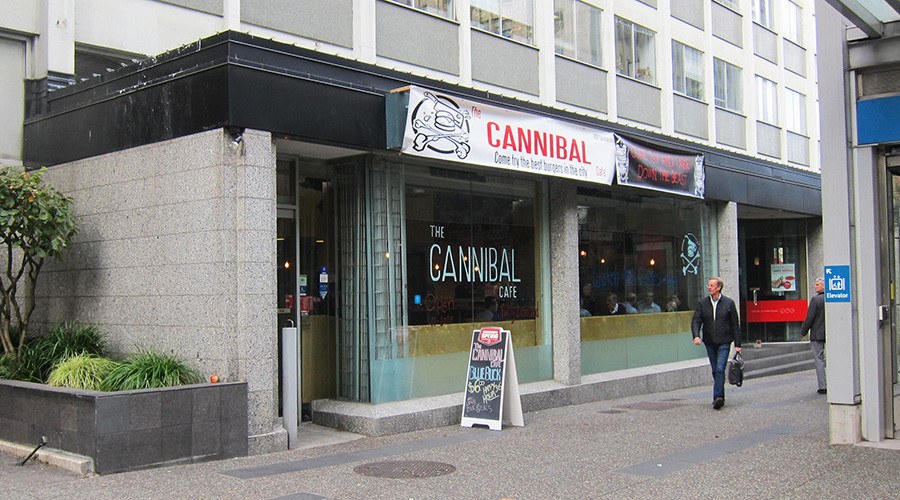 Say bye bye massive burgers and welcome in roti tacos. The Cannibal Cafe has shuttered their location on Granville in downtown Vancouver, and have opened a new Indian-Mexican concept in its place called Masaladobo Cantina.

Launched in the fall of 2015, the spot at 433 Granville marked The Cannibal Cafe’s second Vancouver outpost for their signature giant burgers with fun names (like their ode to Canada’s Minister of Defence, Harjit Sajjan), fries, onion rings, and shakes.

The shutter happened swiftly on February 1, and they have turned the location around very quickly–just one week–and are already open and operating Masaladobo as of today (February 8) with almost the same team as before. 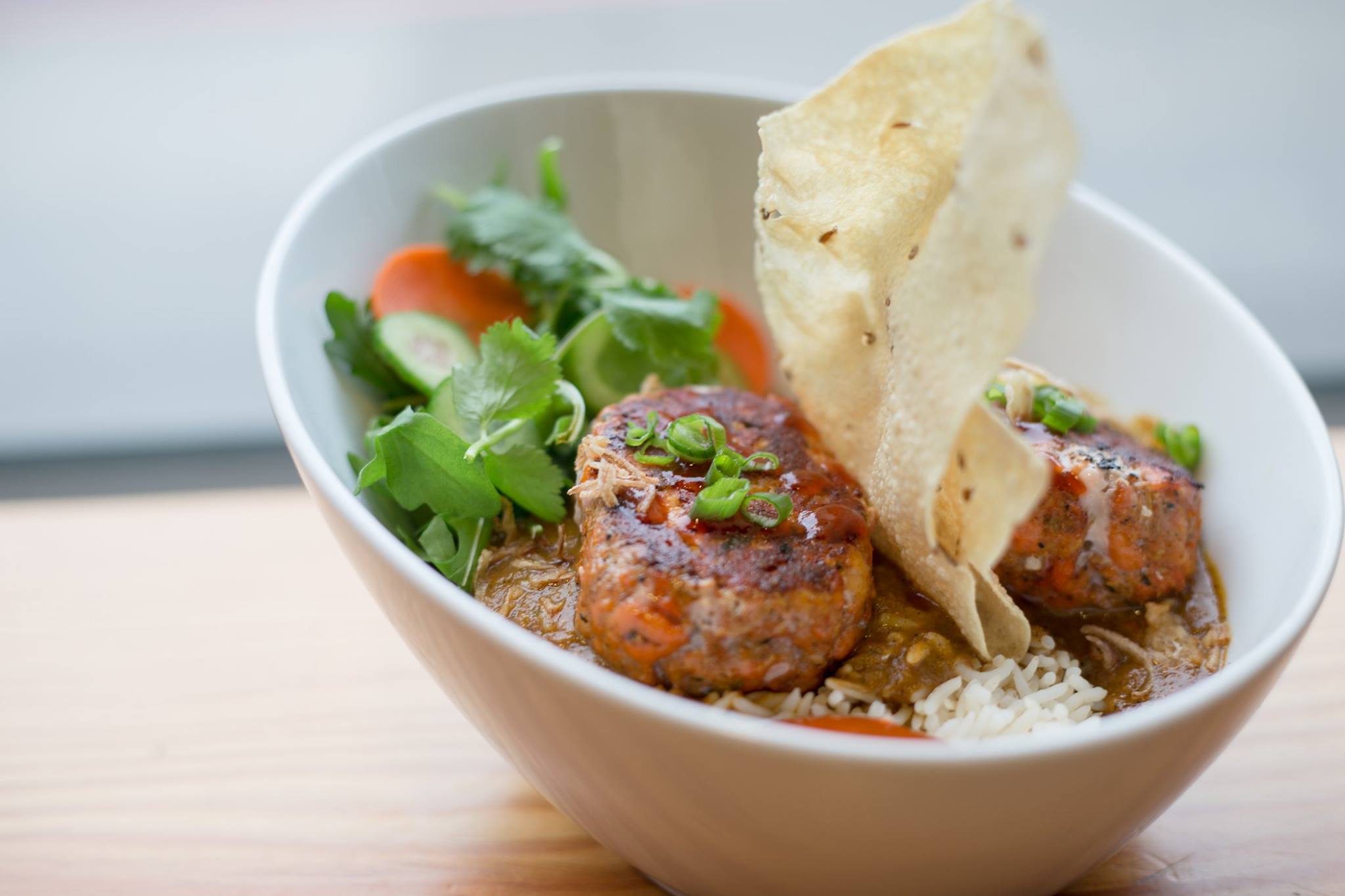 On the menu at Masaladobo are fusion eats like bowls, “Tacones” (tacos made with roti), salads, and sopas (soups), and much of the menu is dairy- and gluten-free. The restaurant has Happy Hour specials, and offers take-away as well. 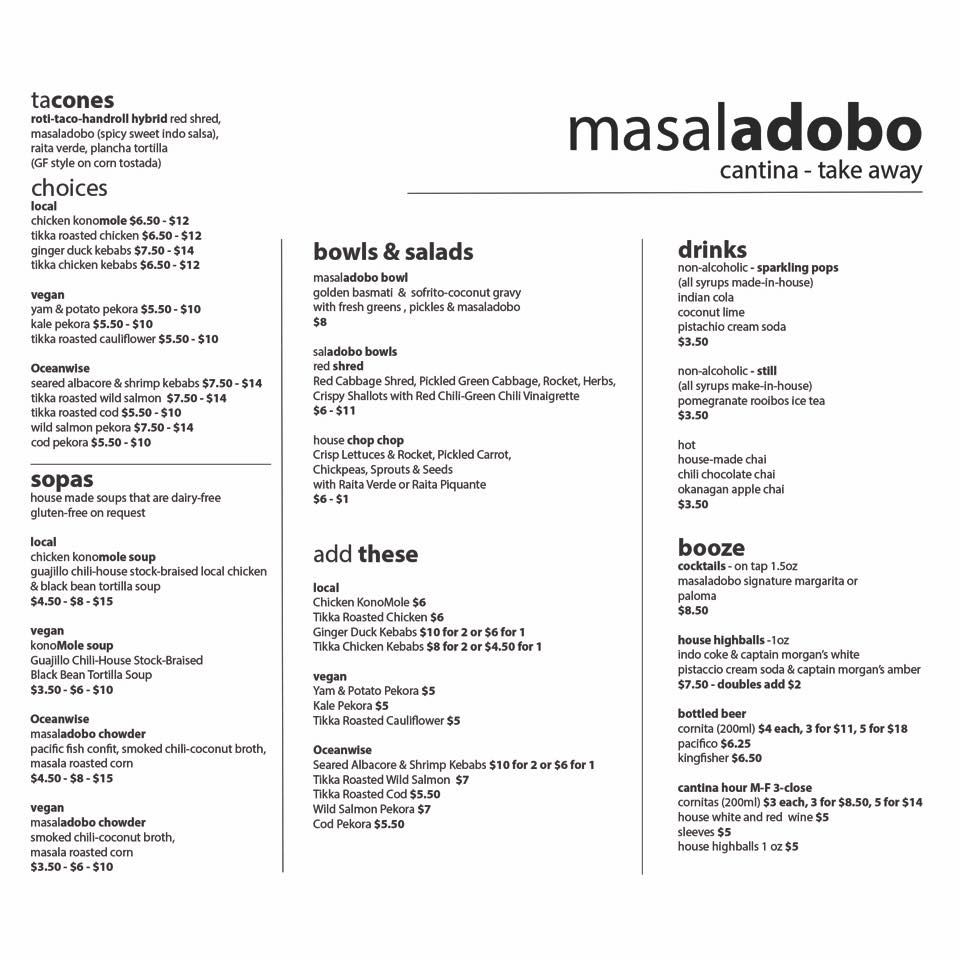 A note on their door during the shutter says they will honour Cannibal Cafe Groupons at Masaladobo. And for those needing their ultimate burger fix, there’s still the OG Cannibal Cafe on Commercial Drive.