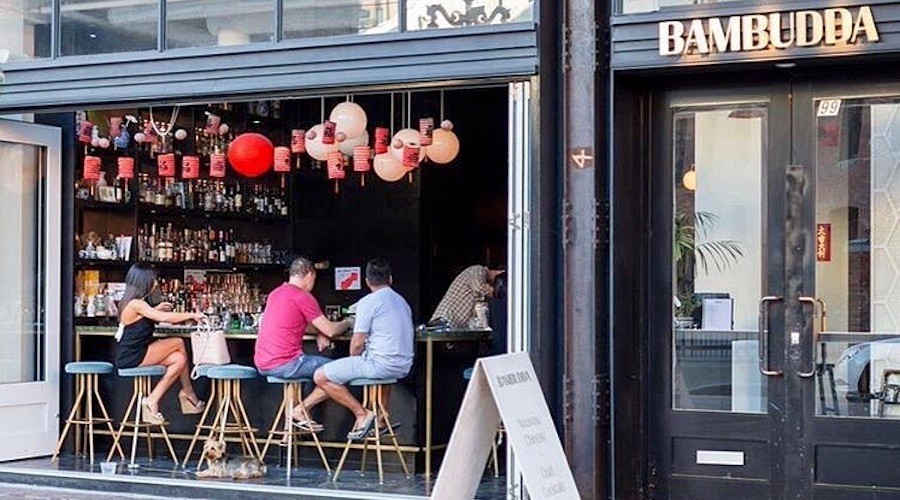 Bambudda, Gastown’s innovative modern Chinese restaurant and cocktail bar, will be closing for good on February 19.

Owner Ray Loy tells Daily Hive via telephone that the decision was in effect made for them: the landlord is going to do extensive renovations to the building, and will need to cut into the existing Bambudda (and neighbouring restaurant, Incendio, which closed late in 2016) space in order to do so.

Plans are to add two storeys on top, and with that comes the need for an elevator and underground parking.

Bambudda, which opened in July 2013, will have its last day of service on Sunday, February 19. The restaurant is known for their contemporary take on Asian fare with a Vancouver twist, beautiful decor, and their cutting-edge cocktail program.

“It’s definitely bittersweet,” says Loy of the closure. “A lot of blood, sweat, and tears–it sounds cliché–have been put into the three and a half years here.”

Loy adds that putting in 80 to 90-hour work weeks means he’s not had much of a life since Bambudda began. “At that end of the spectrum, I am glad to have time off and see some friends and family. And I get to take my first vacation in four years.”

When it comes to what’s next for Loy–at least after he enjoys some time off–the restaurateur says while he’s got some ideas, and has been approached by others with concepts, his focus right now is seeing Bambudda go out with continued good spirits and great food and drink for all.

Happy Hour deals will include $4 bottles of Asahi and Tiger beer, $5 glasses of red or white wine, $7 Classic Cocktails from the house menu and 50% off all Small Plates menu items, including house-made BBQ Pork Buns, X.O. Prawns and Sesame Noodles.

And of course, there will be a big party on the 19th to wrap things up. The celebration will get underway at 5:30 pm and guests can expect to find a special “farewell list” of cocktails from their talented bar staff, Tarquin Melnyk and Dylan Williams.

“Bambudda is something I created four and half, five years ago. I had this idea create a modern Chinese restaurant with great cocktails in Vancouver,” elaborates Loy.

“But all good things have to come to an end. We have to say goodbye.”