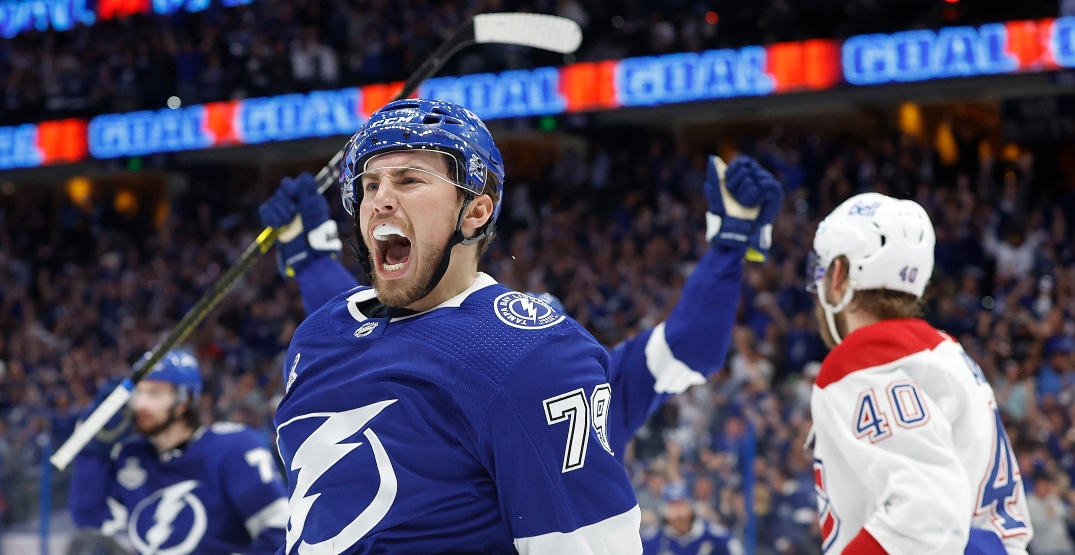 The Tampa Bay Lightning are Stanley Cup champions for the second straight year after a 1-0 win over the Montreal Canadiens in Game 5 of the Stanley Cup Final at Amalie Arena on Wednesday.

Ross Colton broke a scoreless tie with less than seven minutes to go in the second period.

The Lightning outshot the Canadiens 13-4 in the first period, but Carey Price helped Montreal get to the first intermission with the game still even. The Habs played a better second period, outshooting the Bolts 10-6. They couldn’t take advantage of their opportunities of the power play, though, and then Colton redirected a pass from David Savard to put Tampa Bay on top.

Andrei Vasilevskiy was awarded the Conn Smythe Trophy as postseason MVP after making 21 saves to record his fifth straight shutout in a series-clinching game for the Lightning.