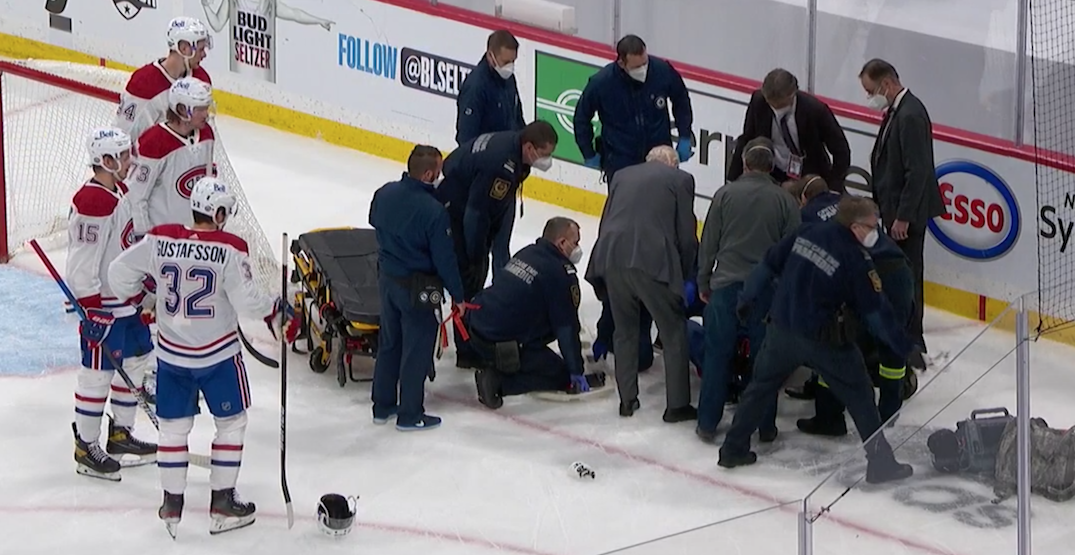 Scheifele was assessed a major penalty for charging, as he levelled Evans with a big hit after the 25-year-old scored an insurance goal on an empty net.

Evans laid motionless, face-down on the ice for a moment, but was seen fist-bumping teammates while being stretchered off the ice.

The injury overshadowed an otherwise positive night for the Canadiens, who won Game 1 of their second-round series against the Winnipeg Jets 5-3.

“It was a dirty hit, but the league’s going to take care of it,” said Habs defenceman Joel Edmundson. “If he gets back in the series, we’re going to make his life miserable.”

Evans had not been taken to hospital when Canadiens head coach Dominique Ducharme spoke to the media, as he was still being evaluated. Ducharme called the hit “vicious” and “useless.”