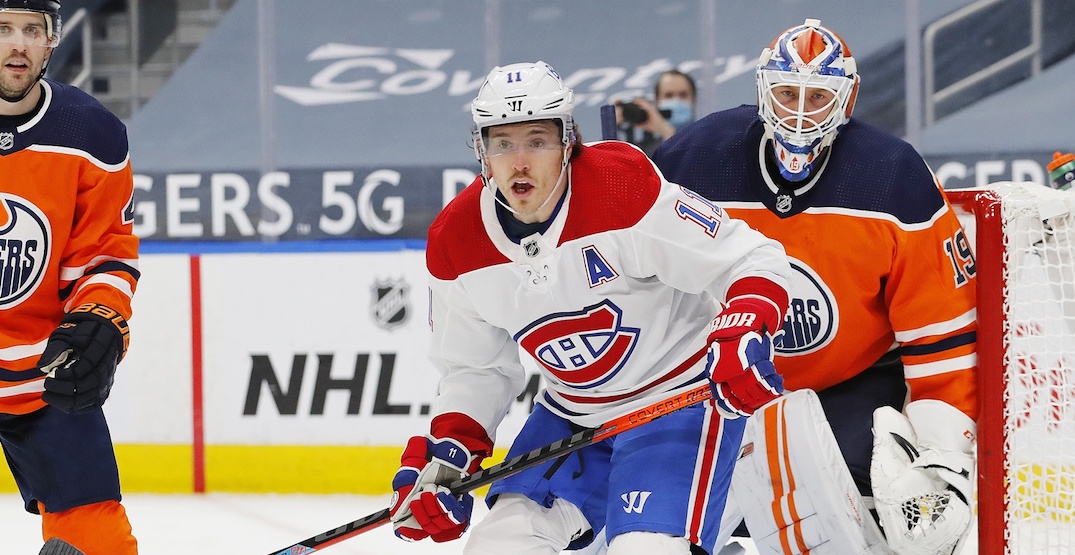 Tonight’s game between the Montreal Canadiens and Edmonton Oilers has been postponed due to COVID-19.

The move comes after two Canadiens players, Jesperi Kotkaniemi and Joel Armia, were placed into COVID-19 protocol earlier in the day, meaning they are unavailable to practice, travel, or play games with their team.

“As a result of two Montreal Canadiens Players entering the NHL’s COVID Protocols earlier today, the team’s game tonight against the Edmonton Oilers will be postponed,” the NHL said in a media release. “The decision was made by the League’s, NHLPA’s and Club’s medical groups.”

An update will be provided tomorrow, the NHL says.

The last two games the Canadiens played were against the Vancouver Canucks at the Bell Centre on Friday and Saturday. The Habs were scheduled to play the first of three straight games against the Edmonton Oilers tonight in Montreal.

#Canucks were just in MTL, have until 5pm local to report any sort of Covid issues. Right now, listed as none. Told game vs. #GoJetsGo will go ahead as scheduled tonight.

So far there is no indication that tonight’s Canucks home game against the Winnipeg Jets will be affected. There are currently no Vancouver players on the league’s COVID-19 protocol list.