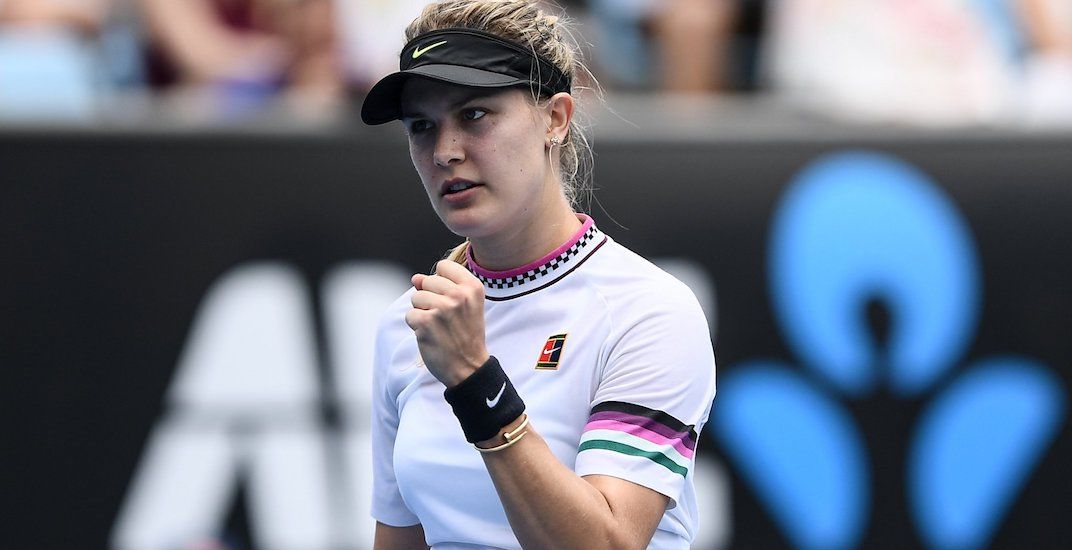 It was a good day for Canadians at the Australian Open.

All four Canucks, two on the men’s side of the bracket and two on the women’s were victorious on Day 2 in Melbourne.

It was as dominant as the 24-year-old has looked in a while. Bouchard failed to qualify for the French Open in 2018 and didn’t make it past the second round in any of the other three Grand Slams.

“I had some low points in 2018. It was tough,” Bouchard said in her post-match media conference. “You just have to keep going. I knew deep down that I still believed in myself and my game. I’m still relatively young, so I know I have a little bit of time to play tennis. I decided let’s just give it everything and see what happens.”

She’ll certainly need everything to pull off the upset in the next round, where she’ll face Serena Williams.

"It is what it is. I got to play well. I got to worry about myself."

Speaking of tough opponents, Milos Raonic had a rather difficult one in the first round. The 17th-ranked Canadian had to play highly-talented Australian Nick Kyrgios, who has the ability to play a lot better than his world ranking (52nd) might suggest.

Raonic won in straight sets (6-4, 7-6, 6-4) but has another difficult early-round matchup in Round 2, against Stan Wawrinka. But if he serves like he did in his opener, he’ll cruise through to the third round.

“I served well today. I was efficient,” said Raonic. “I kept a high first-serve percentage. There wasn’t many situations when I was in trouble. When it was a little bit close I stepped up and did a good job.”

Denis Shapovalov is locked out of his own account!

Denis Shapovalov had an easier time with his first-round opponent that he did tweeting about it.

The 19-year-old Canadian is looking to go on a run in Melbourne. His best performance at a Grand Slam came in 2017, when he made it to the fourth round at the US Open. That may be difficult to repeat in Australia with a probable meeting with top-seed Novak Djokovic waiting for him in Round 3.

Bianca Andreescu continued her hot start to 2019. The 18-year-old Canadian upset Venus Williams and Caroline Wozniacki in New Zealand earlier this month and needed to run the gauntlet in qualifying just to get into the Aussie Open.

She gutted out a three-set win over American Whitney Osuigwe (7-6, 6-7, 6-3) in a match that saw her battle injury towards the end. It’s the first Grand Slam win of Andreescu’s young career.

Next up for the Canadian is 13th-ranked Anastasija Sevastova of Latvia.