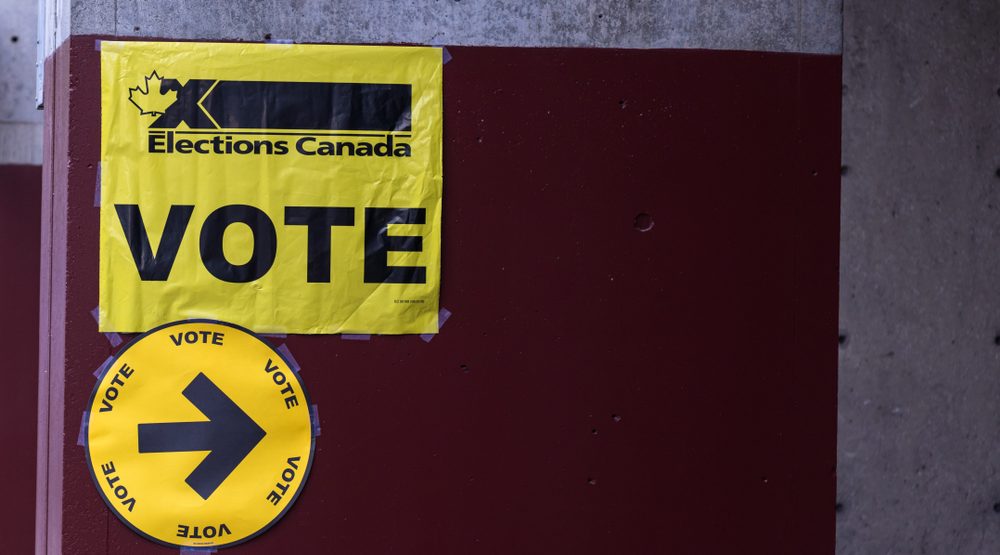 After pressure from the developing WE Charity scandal has been driving Liberal support down, a new poll shows some signs of recovery.

According to Abacus Data, the Liberal Party of Canada had seen some of its support pushed downward as the controversy around the use of We Charity to distribute funds for the Canada Student Service Grant, awarded to the company through a no-bid contract, played out publicly.

However, after weeks of this trend, the company’s polling numbers show a rebound in the party’s fortunes.

When asked “how would you vote tomorrow,” 36% of surveyed Canadians responded that they would choose the Liberal Party during the polling period in August. This is a slight uptick from the low of 34% seen in mid-July, but still four points down from the high of 40% the party enjoyed at the start of last month. 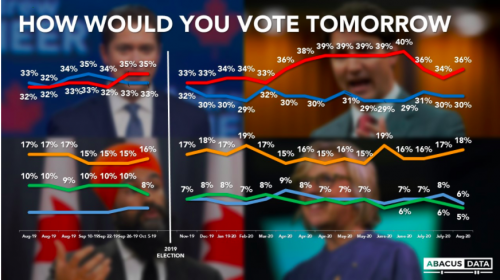 Despite being down from where it sat only a few weeks ago, this is still higher than the Conservatives who sit at 30%.

The NDP sits much further back, polling at 18%, beating out the Bloc Quebecois and the Green Party, at 6% and 5% respectively.

“The bleeding from the WE controversy seems to have stopped, and Liberal support has rebounded, giving the incumbents a healthy lead over the Conservatives,” said David Coletto, CEO of Abacus Data.

Regions make a big difference when it comes to voting, the largest difference perhaps seen in Quebec, where the Liberals (33%) are ahead of the BQ by only eight points (25%). Here the Conservatives sit at only 22%, their second-lowest regional support in the country.

Despite having a provincial Conservative government, Ontario appears to still favour the federal Liberals with 44% of people saying they would vote for Trudeau’s party if an election was called, compared to only 29% who would do the same for the Torys.

BC proved to be safe bets for the Liberals at 34%, as they command a seven-point lead over the Conservative’s 27%, and are still strong against the NDP’s 24% and the Green’s 9%.

Atlantic Canada also doesn’t appear to house a lot of Conservative support, as the Grits command 38% compared to the Tory’s 19%. The NDP actually ranked second on the east coast at 22%, with the Greens coming 12% — the highest for the small party in the country.

However, the Conservatives did manage to deepen their hold on the middle provinces, as in Alberta the support for the federal conservatives rose to 55% over the Liberal’s 17% and the NDP’s 15%.

Things are a little closer in Saskatchewan and Manitoba, who were polled together, and favoured the Cons at 36%, and left the Liberals at a not insurmountable 31%, with the NDP not too far behind at 25%.

Canadians’ opinions of the leaders were also interesting as impressions of Trudeau also improved from Abacus’ last measurement, rising by four points to 45% of people having a positive impression of the sitting prime minister, compared to 38% feeling negatively about him.

Vacating party leadership shortly is Andrew Scheer and his numbers “remain decidedly more negative (47%) than positive (21%),” according to the poll, while views of NDP leader Jagmeet Singh sit at 35% positive and 26% negative.

According to Abacus Data, the survey was conducted with 1,500 Canadian residents between August 14 to 19, 2020.