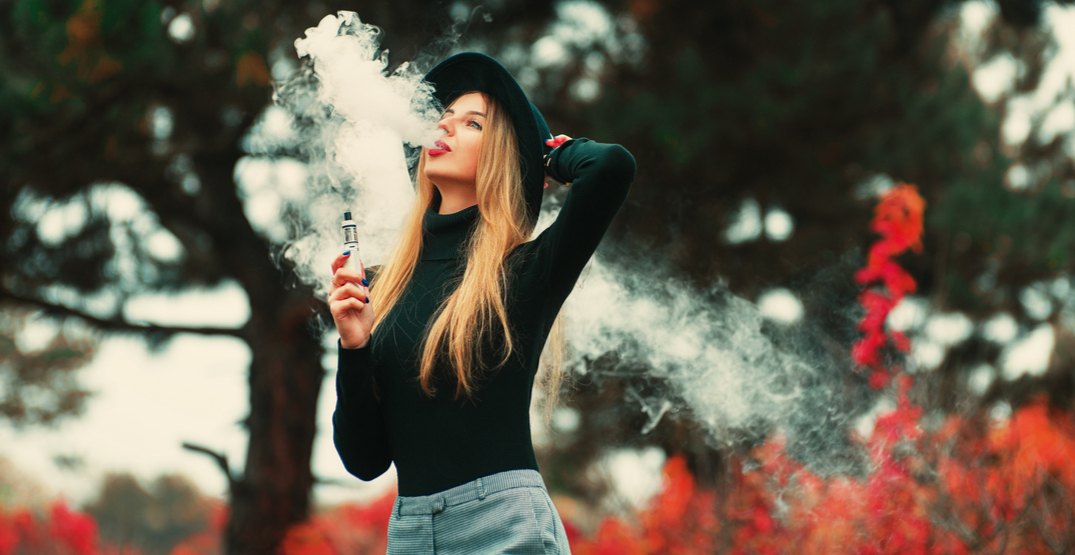 Vapes and e-cigarettes may be a solid way for smokers to kick their habit, but many Canadians are worried that their prevalence could also be putting more people onto nicotine.

A study from the Angus Reid Institute found that, of the 1,500 Canadians they surveyed online between August 15 to 20, respondents saw vaping as doing more harm than good.

The study also found that people were more likely to be in on the side of vapes and e-cigarettes if they were smokers themselves.

Of the people who used to smoke but quit, an overwhelming 36% stated that vapes do more harm, even though they are the demographic that may have been most positively impacted by the new technology. Only 14% of that same group thought vapes were beneficial, while 33% fell somewhere in between, and 16% stated that they “really can’t say.”

The study also found that the likelihood of someone aged 18 to 34 being both a smoker and someone who vapes was much higher than someone only smoking, though was at around the same level as those who vaped but didn’t smoke.

Sticking to vaping, whether alongside traditional cigarettes or by itself, was more prevalent in the younger demographic (aged 18 to 34) while smoking but not vaping was seen more in the 35 to 55+ age brackets.

It was also shown that the 18 to 34-year-olds were more likely to vape regularly, occasionally, or at some point in the past compared to the other ages, showing that more than 50% of millennials surveyed had vaped at some point.

One constant among all age ranges was the support for banning fruit, bubble gum, and other vape flavours that may be appealing for younger Canadians, though the 18 to 34 group appeared less enthusiastic than their seniors.

Still, in all three age brackets (only 18-year-olds and above were contacted for the survey) the majority of respondents supported a ban that would help keep vaping from appealing to the Canadian youth, and a full 86% supported stronger laws being put in place to ensure that those under 18 would not have access to vapes or e-cigarettes.