Prime Minister Justin Trudeau announced last week that the Canada-US border closure would be extended by another month, but some Canadians don’t think that is nearly long enough.

The current closure is set to expire on June 21 — far too soon for the majority of respondents to a recent Angus Reid Institute survey.

The online survey had been answered by 1,777 Canadian respondents from May 18 to 19.

According to the Institute, only 19% of respondents stated that the border should open on its current June 21 deadline, while 42% would prefer some time in September, and 26% want to wait until the end of the year.

The remaining 13% want to keep the border closed to non-essential travel well into 2021. 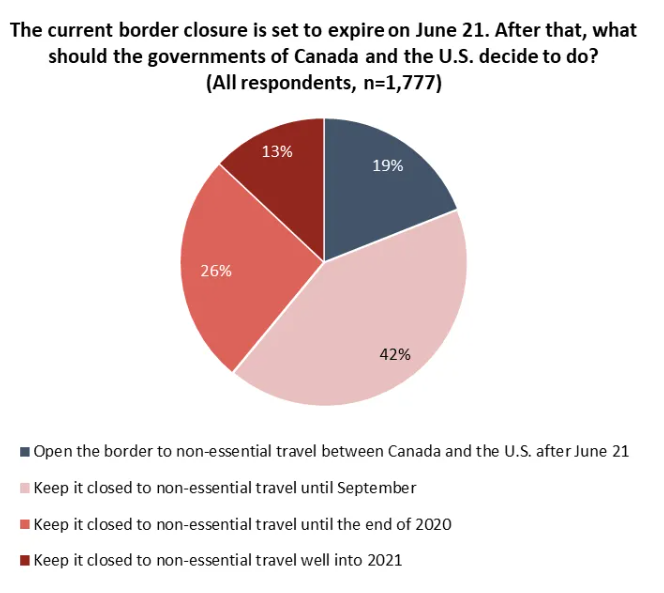 According to the ongoing tally at Worldometer, America is currently leading the world in total coronavirus cases at 1,715,799 as of May 26.

Of Canada’s provinces, Alberta is the most on-board with a June 21 reopening date, with 37% stating that the restrictions should be lifted next month. Alberta saw the same percentage of respondents tout a September reopening.

The Atlantic provinces were the most hesitant of the earliest possible reopening, with support from just 12% of respondents. 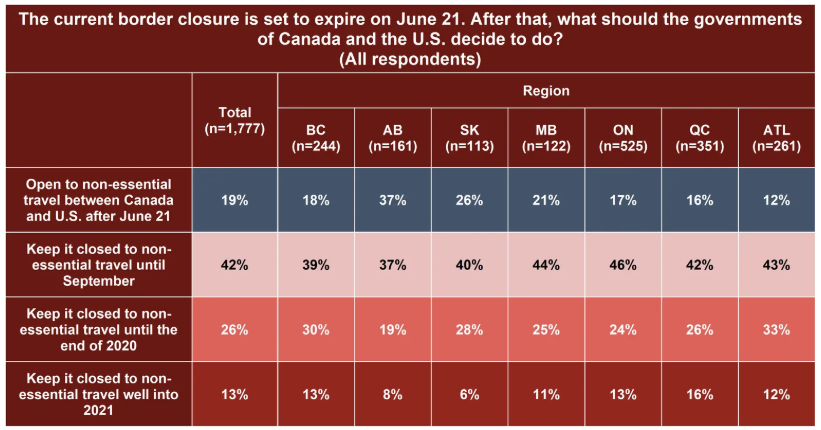 Canadian respondents were also hesitant to allow inter-provincial travel throughout Canada during the COVID-19 pandemic, with half stating that they’d ask non-residents to avoid travelling to their province.

Thirty-two percent would like to see a complete prohibition from non-essential travel into their own province, while 19% want no travel restrictions at all. 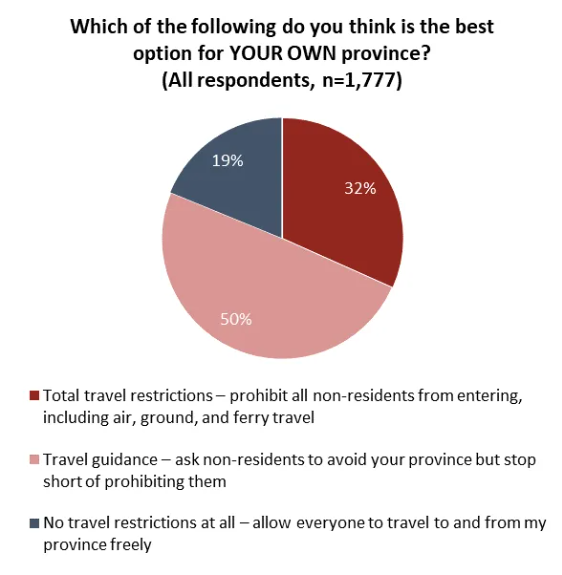 Provinces have begun lessening restrictions that had been put in place at the beginning of the pandemic, with restaurants, retail stores, and some personal services reopening over the past few weeks.

Whether the Government of Canada will decide to extend the Canada-US border closure come mid-June remains to be seen.

In his May 19 address, Trudeau said that the decisions about how long it will be closed are being made week by week as the COVD-19 situation continues to evolve.

He said that the government “will see what is happening elsewhere in the world as we make decisions on next steps.”