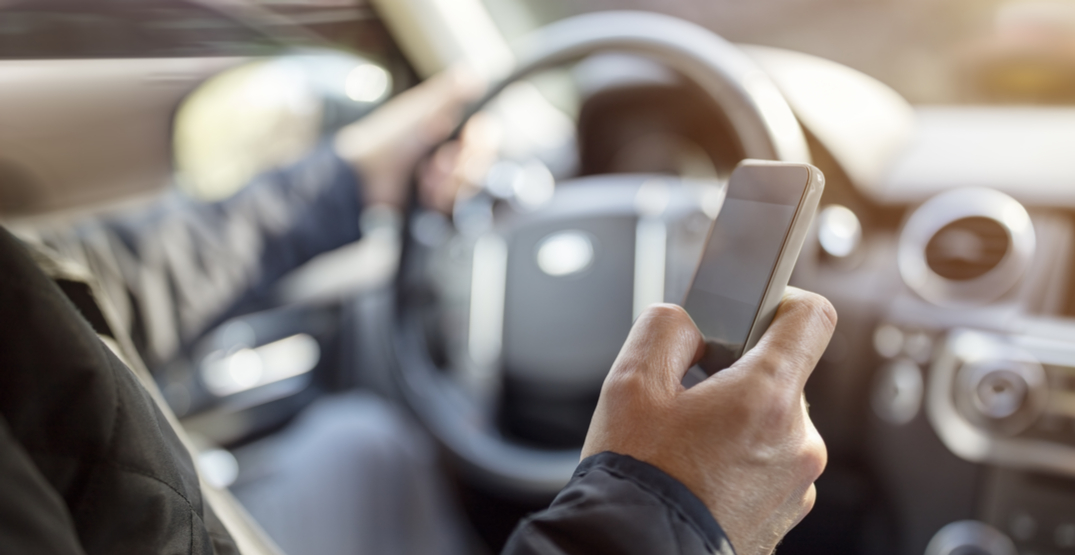 If you’re reading this on your phone while driving down the highway, you may want to give your head a shake.

According to a recent survey from Travelers Canada, more than one-third of Canadians are guilty of distracted driving, even though they are aware of the dangers associated with texting or calling while behind the wheel.

The online survey, which was conducted by The Harris Pool between March 9 and 12 with a sample of 948 Canadian drivers aged 18 and older, found that an alarming 37% of respondents admitted to answering and/or making communications while operating a motor vehicle.

10% of respondents had been pulled over for distracted driving, and another 5% had even gone so far as to cause an accident due to being distracted.

The survey also found a shocking disconnect between what people think others should do and what they do themselves. 69% of respondents believed that other drivers were most distracted by using a mobile device while driving, though only 24% stated that they were distracted by their own phones.

As for their excuses, 31% stated that family matters requiring constant attention were the culprits for them being on their phones while driving, 27% stated that it was because they didn’t want to miss anything important, and 14% cited work availability as the main concern.

Another 14% of respondents who made communications behind the wheel simply stated that it was because it makes the drive go by faster… which is technically true, as getting into an accident can put a quick end to any trip.

The survey also found that, while 42% of respondents had asked someone else to stop using a mobile device while driving, a full 33% had called or texted someone who they knew was currently on the road.

It may come as a surprise, then, that a full 90% of Canadian respondents claimed to be familiar with the distracted driving laws in their province.

“The findings suggest that drivers are feeling the pressures of our increasingly connected world, and high awareness of the law does not necessarily translate to prudent behaviours behind the wheel,” said Jordan Solway, Group General Counsel and Vice President of Claim at Travelers Canada, in the release.

“Through the Travelers Institute and the Every Second Matters campaign, we hope to introduce a sense of urgency for drivers to set their phones and other distractions aside to help make our roads safer.”

Every Second Matters is the Travelers Institute’s push to educate Canadians on the dangers of distracted drivers, hopefully making drivers safer while out on the road.