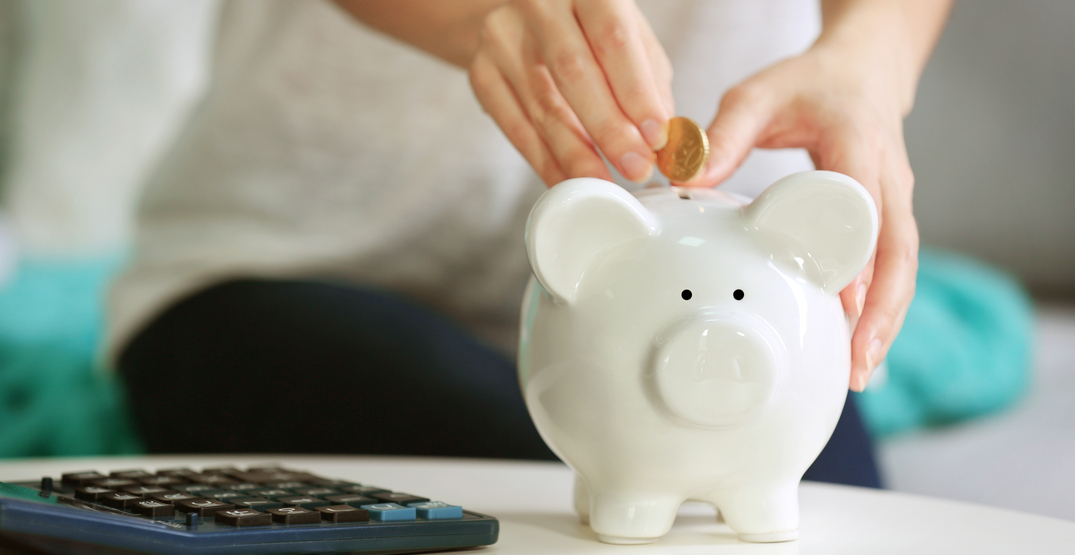 It seems that Canadians have tightened up their spending during the COVID-19 pandemic.

With the economy in the dumps, people being laid off left and right, and no foreseeable end to the ongoing threat of coronavirus, we can’t say that we blame them.

A recent study from the Angus Reid Institute found that two-thirds of Canadian respondents have been spending less on non-essential items — such as gifts and restaurant meals — than usual. 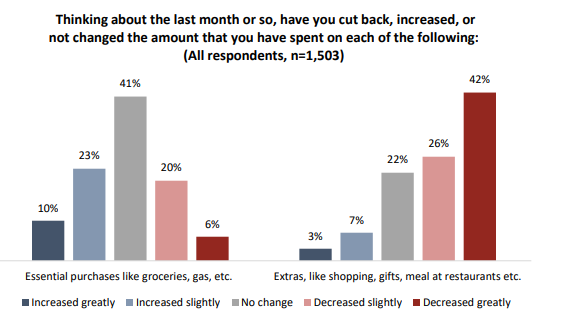 It’s not all doom and gloom, though, as the majority of respondents stated that their personal financial situation is in either “great” or “good” shape — up to 80% compared to April’s 73%. 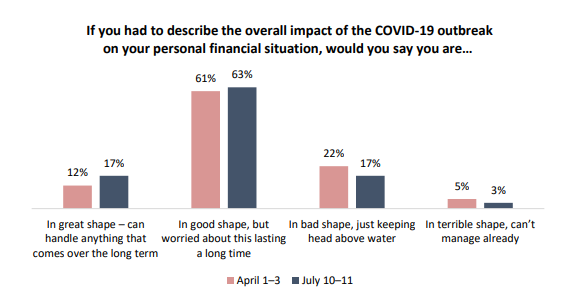 Seventeen percent of respondents stated that they are “in bad shape, just keeping their head above water,” while 3% were “in terrible shape, can’t manage already.”

Those numbers are down from 22% and 5% in April, respectively.

Unsurprisingly, of the group that stated they were in good or great financial shape, those earning salaries of $100,000 or more a year were more likely to be financially stable than their lower-earning counterparts. 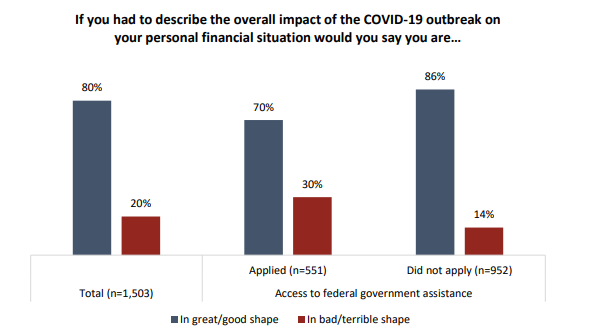 Of the respondents that applied for the Canadian Emergency Response Benefit, three in 10 fell into the “in terrible shape” category. 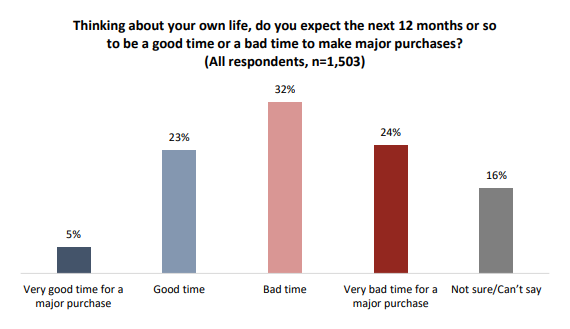