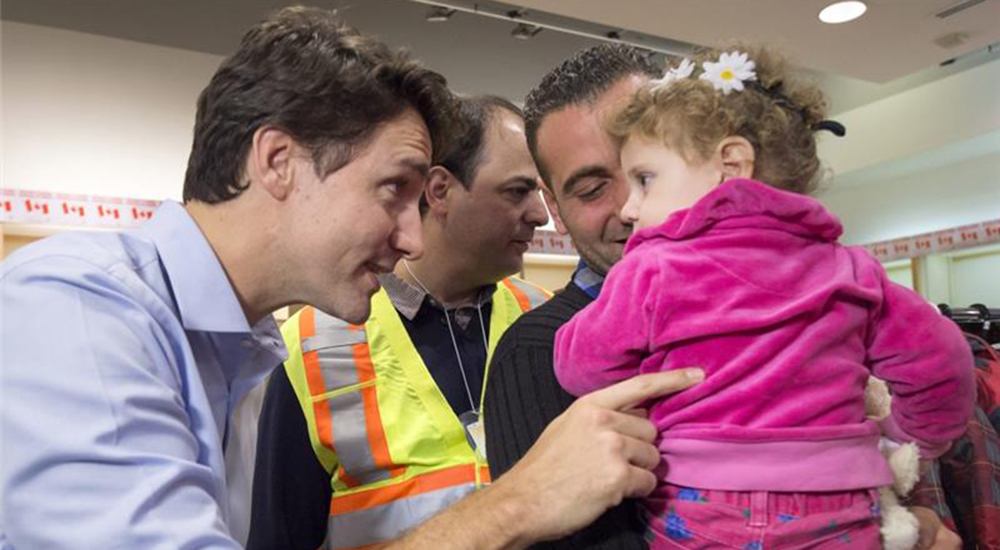 We Canadians love to think of ourselves as friendly and welcoming, with open arms to any- and everyone regardless of origin, race, or socioeconomic circumstance.

We relish in being among the freest, coolest, most progressive, and generally best countries in the world every time such a ranking is published, and beeline it to the Facebook share button when we see our neighbours to the South fall somewhere between Iceland and Costa Rica.

Recent bravado owes to the understanding that we are “a beacon of tolerance,” perhaps the last liberals in the Western world, on today’s hottest political issue: immigration. That our neighbours to the South are barreling in the other direction has only emboldened our self-admiration.

But we need to stop and recognize something before we sew another maple leaf onto our travel backpack, and that is that the United States’ unfavourable attitude towards immigration, like its highway billboards for fireworks, are simply more overt.

A recent poll by Angus Reid revealed that a quarter of Canadians think Justin Trudeau should enact the same Syrian refugee ban as Donald Trump. That’s a stark contrast to our Prime Minister’s fairytale.

Many Americans and Europeans admire our politeness while recognizing it carries a degree of disingenuity. While we can forgive saying “for sure, can’t wait,” when you meant “maybe, we’ll see,” it’s irresponsible to boast about diversity being our strength as a euphemism for “we’re not racist, but…”

The results of an anonymous poll might leave newcomers feeling a little uneasy at a Saskatoon Timmies – 55 per cent of Saskatchewan residents believe Canada has taken in too many refugees – but a number of recent and alarming events across the country might escalate that unease to whatever it might feel like to order coffee at a Trump rally. Since November, we’ve seen public calls for Canadians to join the alt-right movement, anti-immigration messaging in universities, white supremacy posters in Toronto, and that racist from Abbotsford. Last month, a shooter with anti-immigrant views killed six people at a Quebec City mosque.

We like to think of ourselves as more reasonable, rational voters than our friends to the South, which is worrisome because we haven’t been tested…yet. We’ve never had a populist demagogue with real momentum on the ballot, but it’s easy to imagine the prospect. An article in the New York Times earlier this month warns that Canada is “just one election away.”

Let’s consider Kelly Leitch’s plan to screen immigrants for “Canadian values” upon entering our country. National media ridiculed Leitch, a leadership candidate for the Conservative Party who called Trump’s victory “an exciting message and one that we need delivered in Canada as well,” for her view because Canadians understand their identity to be positively heterogenous. Except that’s not true – according to the same Angus Reid survey, more than half of respondents believe refugees won’t make “enough effort” to fit in. Fit into what, exactly? These people – no small number – are one trilingual Molson Canadian label away from printing Make Canada Great Again hats. 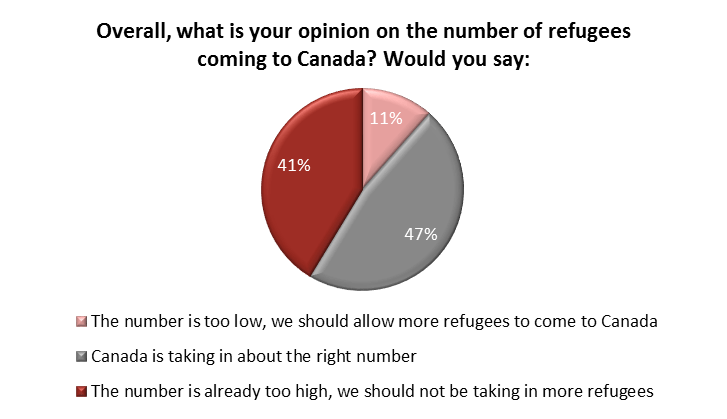 More than a third of Canadians surveyed believe Canada has taken in too many refugees.

Canada is objectively one of the most open, tolerant, and welcoming societies in the world, but it’s dangerous to assume we’re immune to a radical shift to the right. A cursory glance at the headlines and comments of The Rebel, Canada’s foremost alt-right publication, reveals a side to Canada we’re frightened to accept as approaching mainstream. We want to believe headlines like, “George Soros is Directing Canada’s Pro-Islam Propaganda” are fringe, but we’ve seen the consequences of laughing off the ridiculous.

In 1972, June Callwood, then vice-president of the Canadian Civil Liberties Association, wrote an essay in Maclean’s in which she remarked, “I’ve been trying to adjust myself to the realization that what I believed all my life was Canada — a land somehow more noble than any other, more tolerant, brave, and even true, whatever true means — never existed at all except in my head, where its sole function was to enlarge my vision of me, the typical Canadian, noble, tolerant, brave and, especially, true.”

Beer commercials in the more than four decades since that passage have preserved its truth in how we see ourselves – without awareness of the figment.

Canada may never enact another War Measures Act, but we must recognize that a considerable portion of our population falls well below the standard of tolerance we collectively enjoy imagining of ourselves.

And that portion is growing.