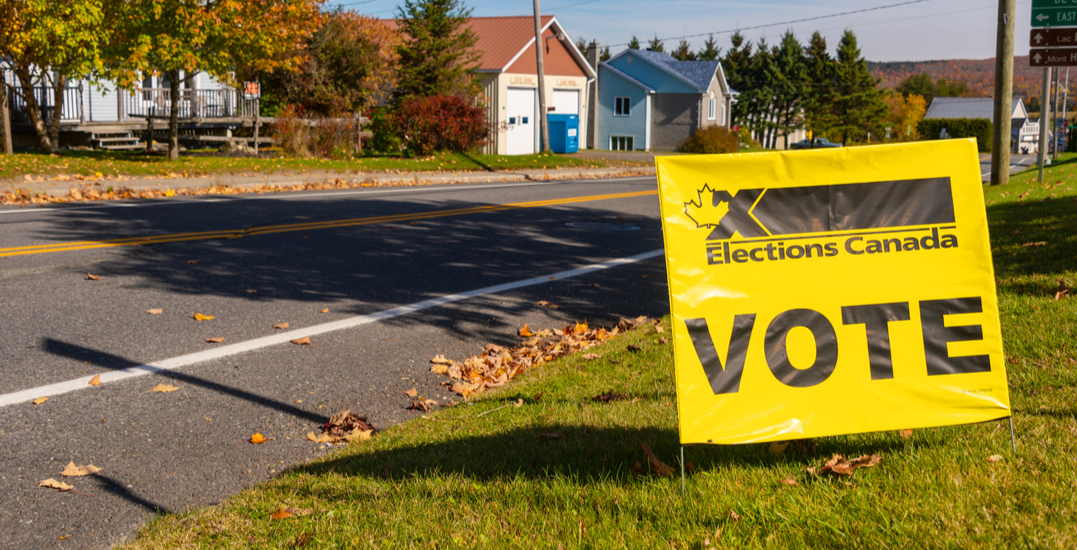 Before heading to the office, on lunch break, during afternoon coffee, or after leaving work… the options are endless for when Canadians can hit the polling stations today.

And while exercising your right to vote feels awesome in and of itself, everybody gets excited about a little gift now and then.

Which is why people across the nation have taken to Twitter to express their disappointment in not receiving an “I voted” sticker at this year’s polling stations.

Whether worn for the intention of sharing in-person pride or posting a patriotic selfie on Instagram, there are plenty of reasons to want a sticker to commemorate this once-every-four-years experience.

So if you’re feeling bummed about not getting one, you can commiserate with the folks who took it to the Internet, as seen below:

Honestly don’t know why we don’t get those nifty ‘I Voted’ stickers like the Americans, I can be patriotic!

I was disappointed when I voted in the early polls and no stickers. Said they were trying to make it “more green”. Seriously? A public showing of civic duty/responsibility/pride is WAAAAY more important IMNSHO #BringBackTheStickers

We voted for the Canadian Federal Election

We didnt get an “I voted” sticker, or a cookie or anything!

I just voted and didn’t get a sticker. I’m annoyed because I had my whole selfie planned with it 😒

If they handed out “I voted” stickers I’d be wearing one right now! (I wish there were stickers😪)

Also. Where’s my I Voted sticker?
The other (older) volunteer scoffed at me when I asked as if I was a child and wanted a gold star…

Didn’t get a sticker but I voted, I swear.

I voted, but didn’t get a sticker.

The system is broken. 🙁

Well I just voted, kind of disappointed i didnt get a “I just voted” sticker.

Once again, it is a crying shame that Canadians do not get “I Voted” stickers

what the fuck is the point of voting if they don’t give you an “I VOTED” sticker. democracy is a sham